Having seen the stunning close up’s of the Rough Legged Buzzard on social media at Holland Haven, Paul and I headed down there at dawn on Saturday morning.

Unfortunately weather-wise it was not to clever with dark grey skies and the threat of rain, not having been here for a number of years, Lesser Grey Shrike if I remember correctly, I did recall some parts of the site. The Lesser Grey Shrike was quite a long time ago when I got dragged along on the occasional twitch.

We positioned ourselves at dawn and waited, sure enough we soon picked it up drifting across the Golf Course with a Common Buzzard, no doubt both had been roosting near or with each other.

Having forgot just how big a Rough Legged Buzzard is, the bird gradually worked its way towards us visiting the odd post along the route as it got nearer.

In the end I have to say we had incredible views of it near the hide sitting on a post, incredibly close for a large raptor, I was quite amazed that it seemingly did not react to people. Dog walkers were walking by, we and other birders were in view but no reaction from the bird as it intently watched for prey on the ground. 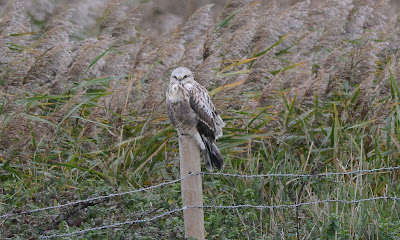 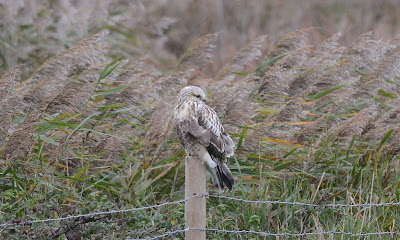 A bird to remember, previously seen Rough Leg’s have mostly been those on Sheppy,always distant dots it seems, this was stunning, even in bad light. 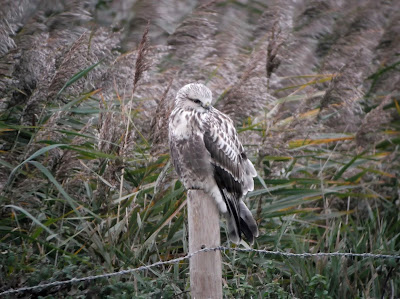 From here we headed for Heybridge Basin for the Great Grey Shrike, a few other birders were present and we saw the bird straight away.

Over the next hour we watched it, a bit elusive and flighty as it presumably hunted but decent views were had although very mobile. 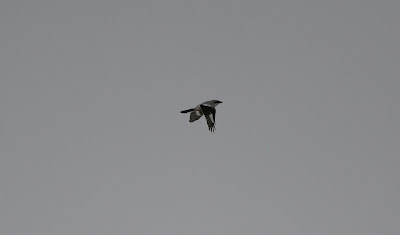 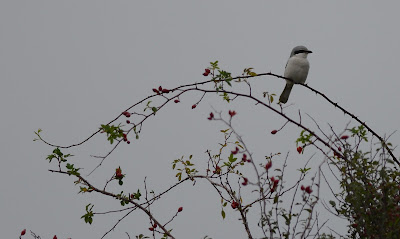 Not being much of a twitcher, or even doing a proper Essex list, I thought back to the last time I had seen a Great Grey Shrike in Essex, the conclusion was never. The memory is not what it was, so I could be corrected.

Never had one at Rainham although I did see one a stone’s throw across the river years ago on Dartford Marsh.

A great morning with 2 excellent birds, if the Rough Leg sticks I can well see myself going back.