As part of the latest fitness regime I am taking to the bike to try and decrease my waistline, dieting and exercise is the only way at 57, I can’t bloody run anymore, how long it will last is anyone’s guess.
I am even going to get some proper bike riding gear although I refuse to wear Lycra shorts at my age, something’s are just not English, older men and  Lycra is not the done thing I’m afraid.

Anyway back to the circuit, I started in the Valley, still 25 House Martins overhead near the Hospital but first port of call was the Viewing Area.
6 Black Tailed Godwits, 2 Snipe, Little Egret were present along with good numbers of Lapwing and Teal.

Next stop was Ingrebourne Hill , I covered most of it on the bike but pretty quiet although I did have 3 calling Yellow Wagtails over, these were a year tick so good news, the one bird I have failed to see much this year is Tree Pipit. Never a common migrant at the Valley, I have not even seen one at Rainham.

By now I was warmed up and I doubt if Bradley Wiggins would have caught me as I headed for Rainham, riding through the western Marsh produced 4 Kestrels, 2 Common Buzzards and a brief Marsh Harrier seen over the Silts.

Pressing on next was the Serin mound, here I found 2 Whinchat’s and a Stonechat, the first since last winter, hopefully their numbers are on the up again.

Plenty of Linnet and Goldfinch as I headed down past Aveley Bay, a few Black Tailed Godwits could be seen in the glare but little else in the way of waders.

Heading towards the Barges I then got very very lucky and came across a Guillemot on the Essex side, it was right opposite the Erith Wind Turbine and was slowly making its way up river, a site tick no less. The only other one I have had was in Barking Bay a couple of winters ago if I remember correctly, rather unusual to see one in bright sunshine and not weather related. Saying that I suspect the recent north easterlies have pushed it in. 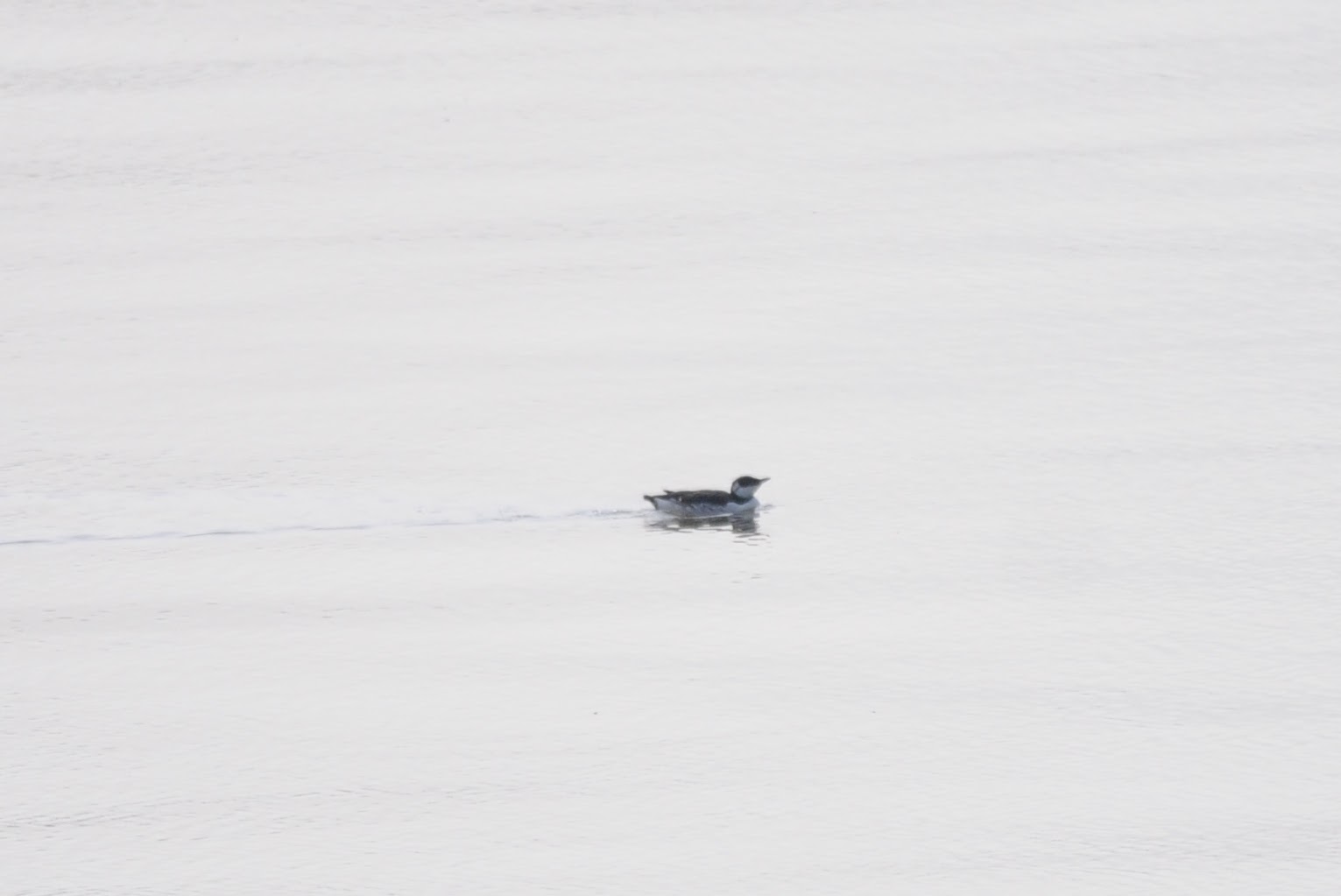 Moving on I came to an area just before the Barges, there were also 200+ large Gulls sitting on the rocks and the river, not good news for the Guillemot heading this way.

Another 2 Whinchat were located on the Tip as I turned for home, very little else was seen on the return leg other than good numbers of Gadwall.