Having checked the forecast for Kent the night before with early morning sunshine showing in the early hours, I decided on another trip to the Marshes, the last being around a month ago with Shaun.

As you know the birds here, specifically waders, are so in your face that I know I will be making a lot more visits in the future.

It is a good site for photography, the only down side is that come sun up there lots of glare if a sunny morning as your looking east when your close to the waders. Having said that how can you say down side when you’re watching a stunning sunrise at dawn?
I suspect better light in the afternoon.

Arriving around 6.15, more or less high tide found the Marshes full of Black Tailed Godwits, Avocet, Redshank and Golden Plover, probably around 600 Blackwits, 90 odd Avocets, Redshank was easily 400 birds and the initial count of Goldie’s was around 40.

Pick of the crop though was 2 Curlew Sandpipers tucked in with some Dunlin and Snipe, a chap got me on these so a thumbs up to him. 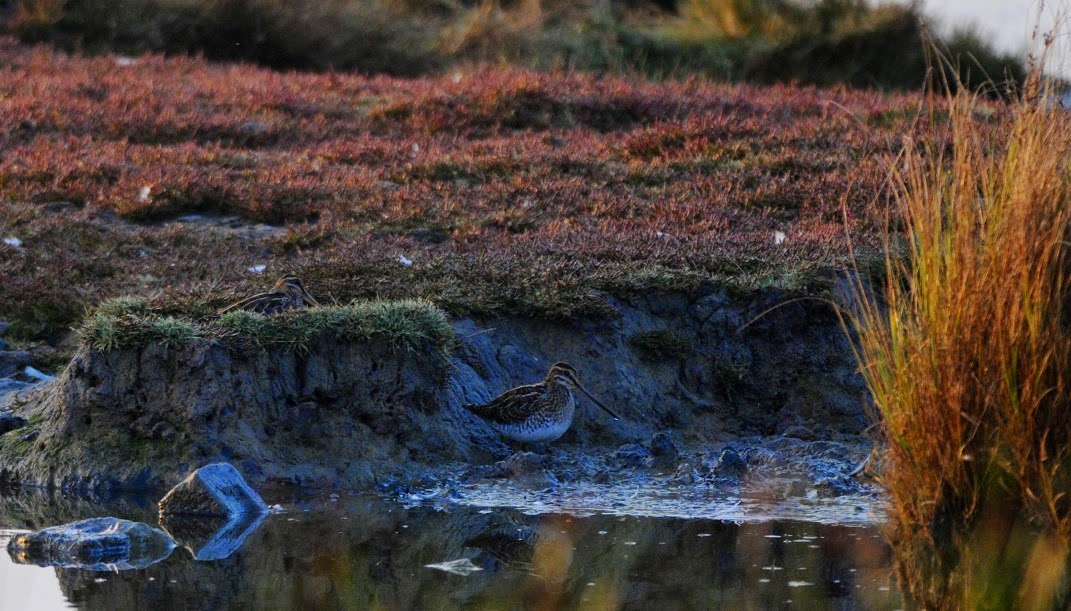 I decided on a circuit around the Marsh, Yellow Wagtails seemed to be calling everywhere overhead and I spied 2 distant Common Buzzards making their way purposefully across a field, no doubt having left a roost.

Half way round I came across a small flock of pingers, Bearded Tits, around 4 birds with a male puffed up and catching some sun, Greenshank was also heard and the Ruff count easily reached 10. 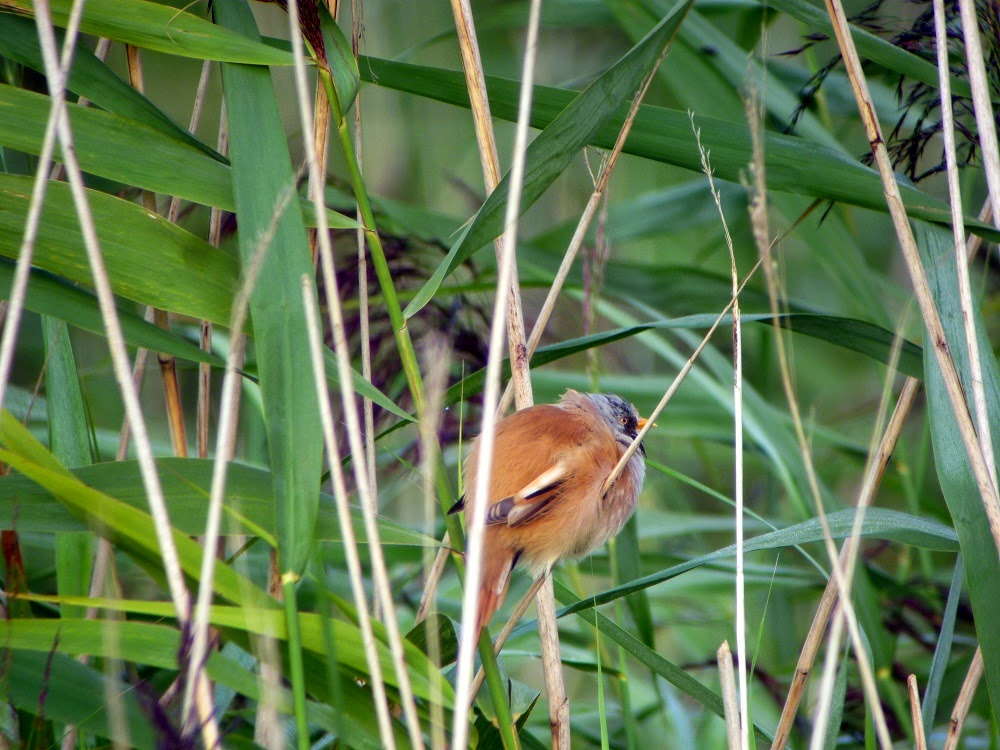 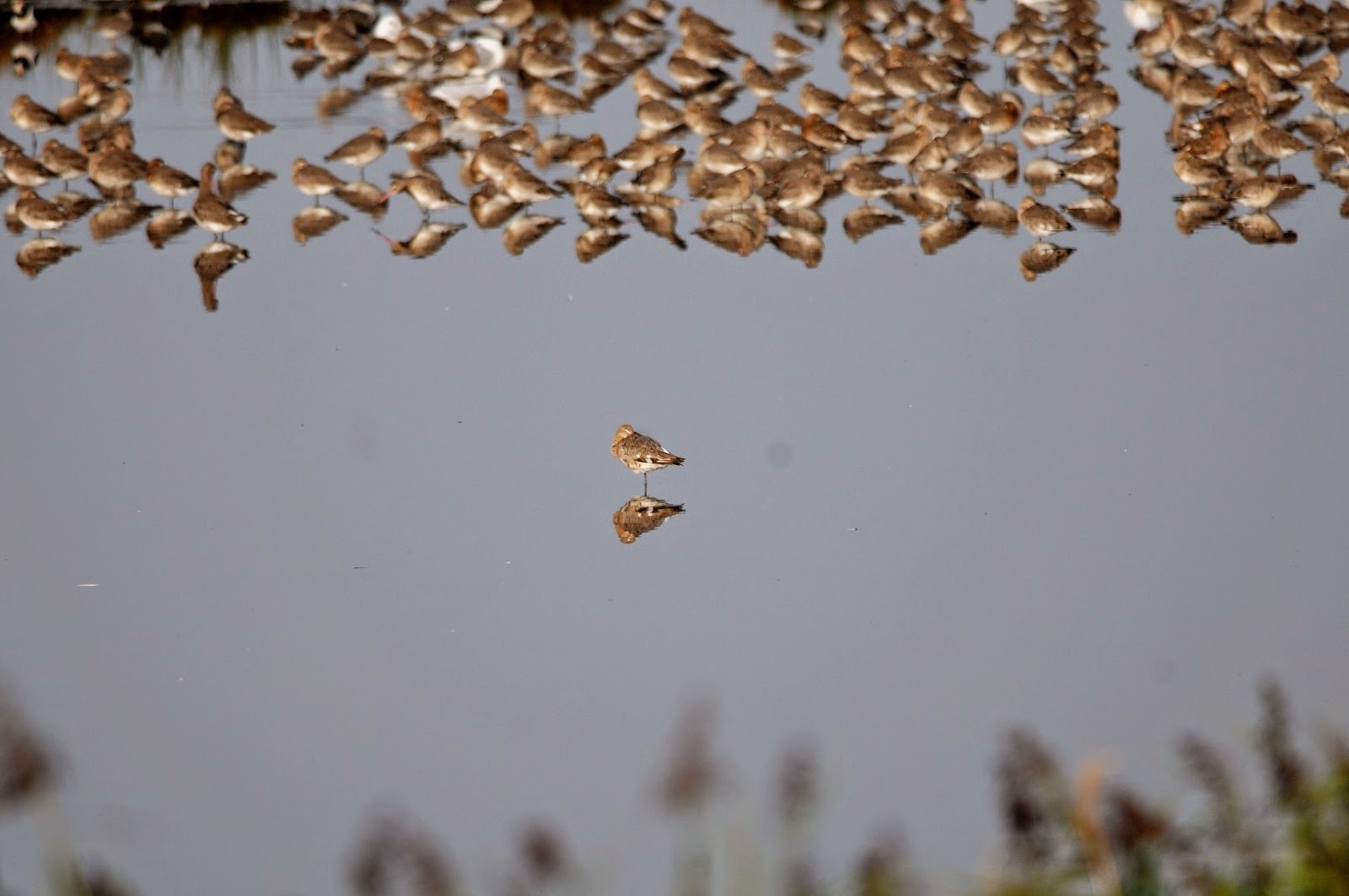 On the far side I caught up with a Hobby going low over the inlet, heading east with a strong flight, it had the look of a bird on its way to Africa rather than early morning hunting.

When I reached the Hide I scanned the fields and located 3 Whinchat on a fence, too far off for a photo, even for me who loves a dot.

Arrived back to the car and decided after another good scan to walk out to the East Hide, the idea with some mud now starting to show, to try and get a few photos as they came over off roost. The sun had gone and the outgoing waders always seem to avoid you but I got off a few shots. 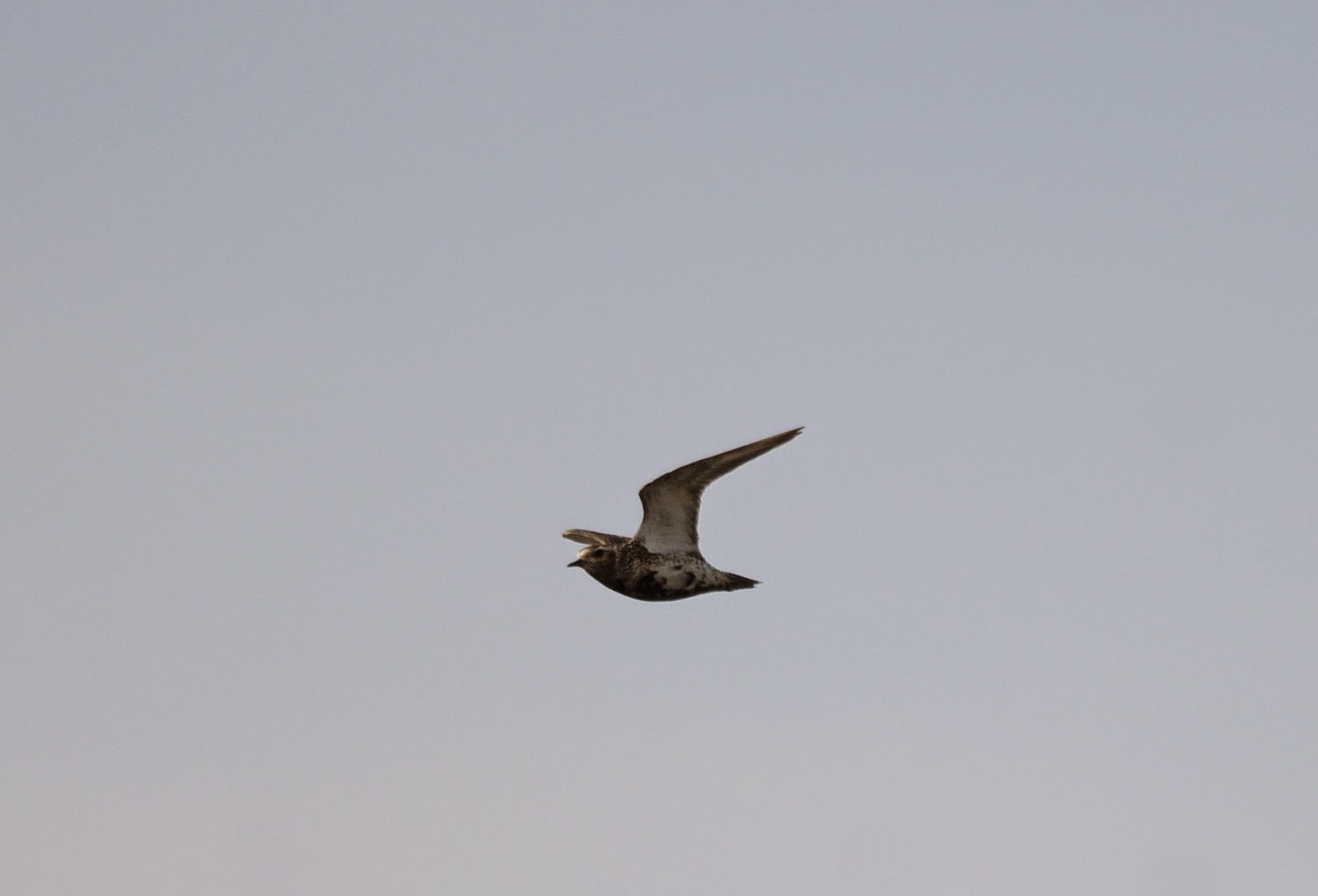 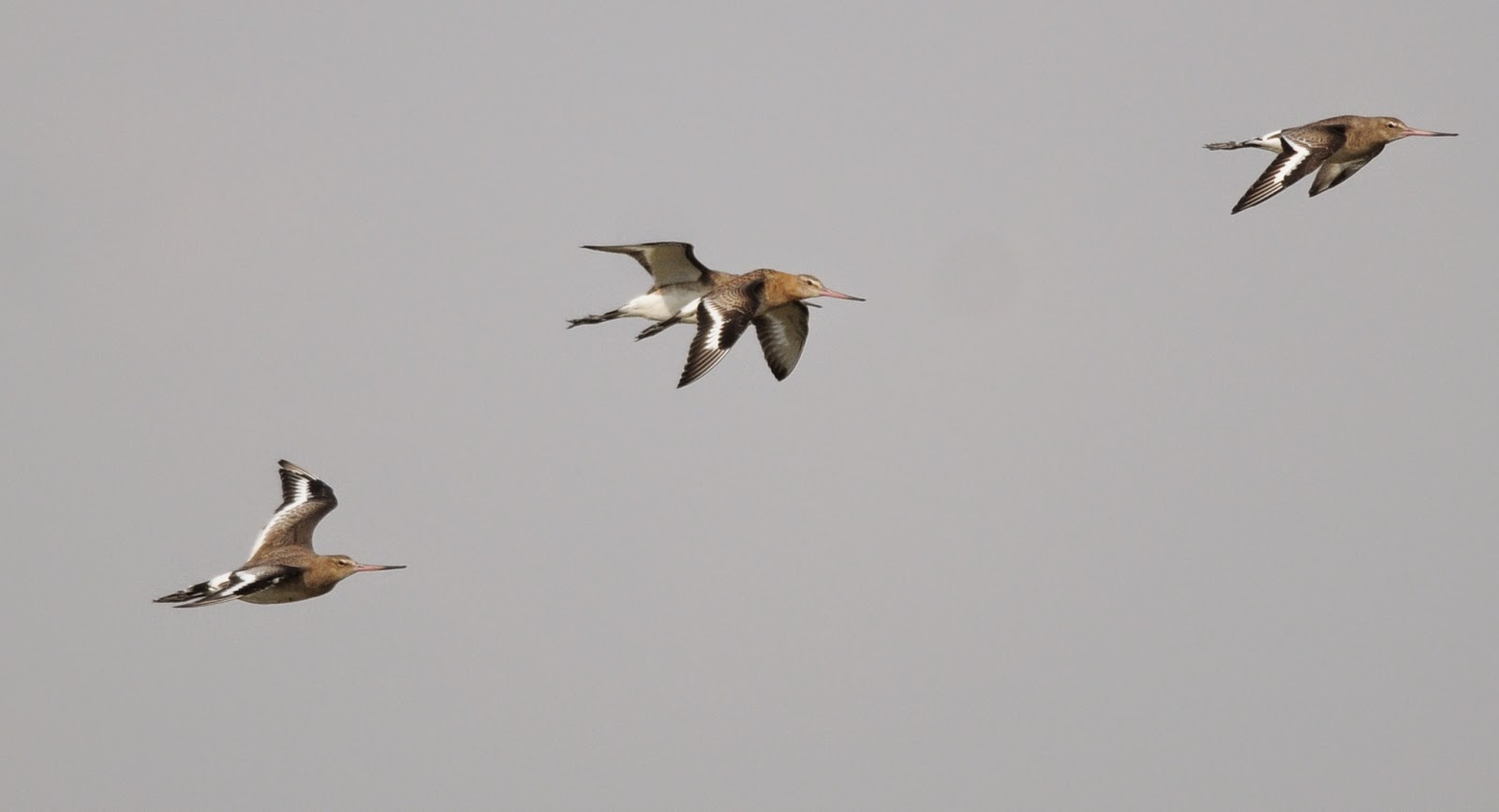 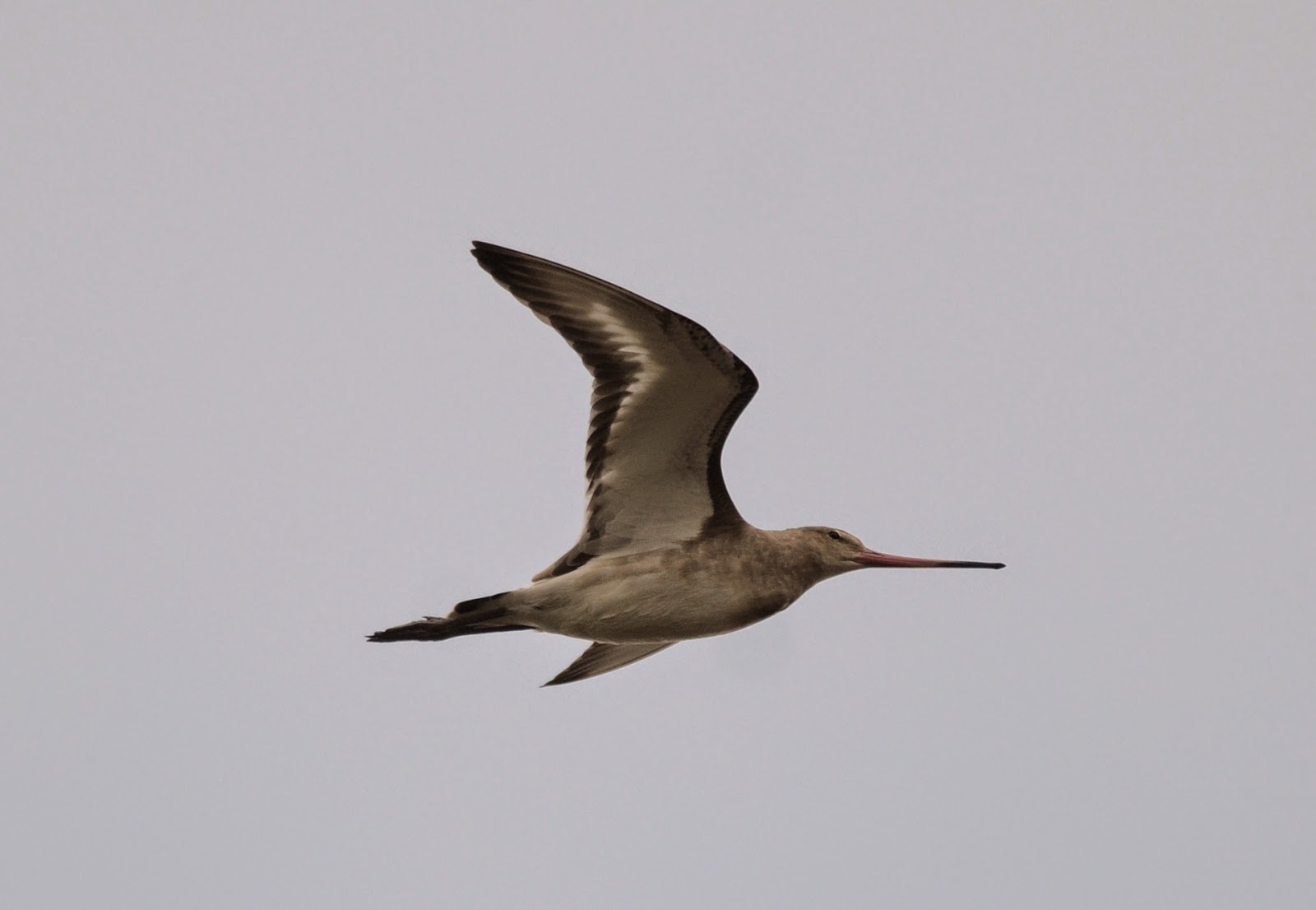 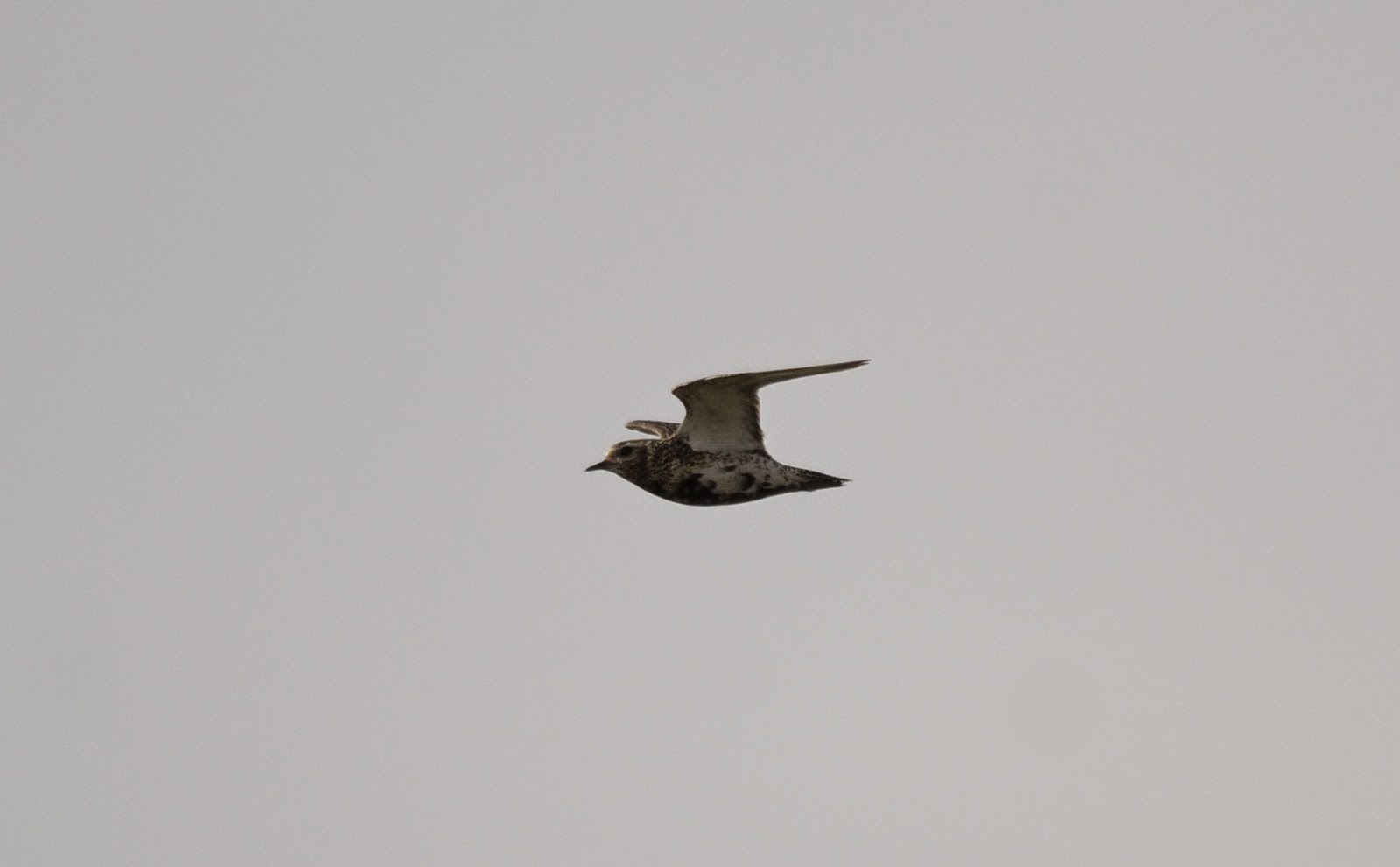 It was good fun, messed about with settings as you do but thoroughly enjoyed myself, a great selection of birds rounded off with 4 Sandwich Terns and what looked like 5 Common Seals hauled out on the mud.
Posted by Dave Morrison at 15:13