With the murky weather and a high tide of around 10.30am I headed down to the Point arriving at 7.50am, only a slight north easterly but you never know.
Visibility was only mid river and occasionally I got glimpses of the Kent side before the gloom covered it again, my reasoning was that the murk might well bring something in despite the lack of wind.

In a nutshell, it didn’t, I watched from the above time until around 9.30am and although I had some decent birds, there were no rarer seabirds of note.

Saying that I got my first Dark Bellied Brent’s of the 2nd winter period with 41 seen, other highlights are below.


Other than this it was very quiet so I headed for……..

It was not that higher tide so many of the Black Tailed Godwits were still out on the mud on arrival but around 60 were present in the scrape. 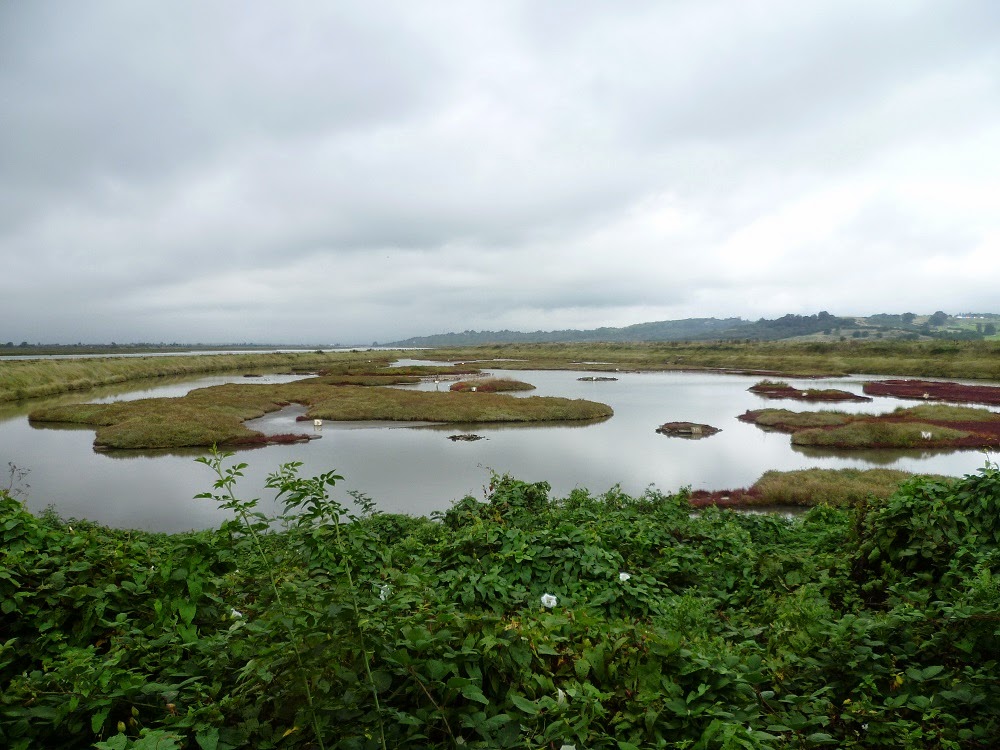 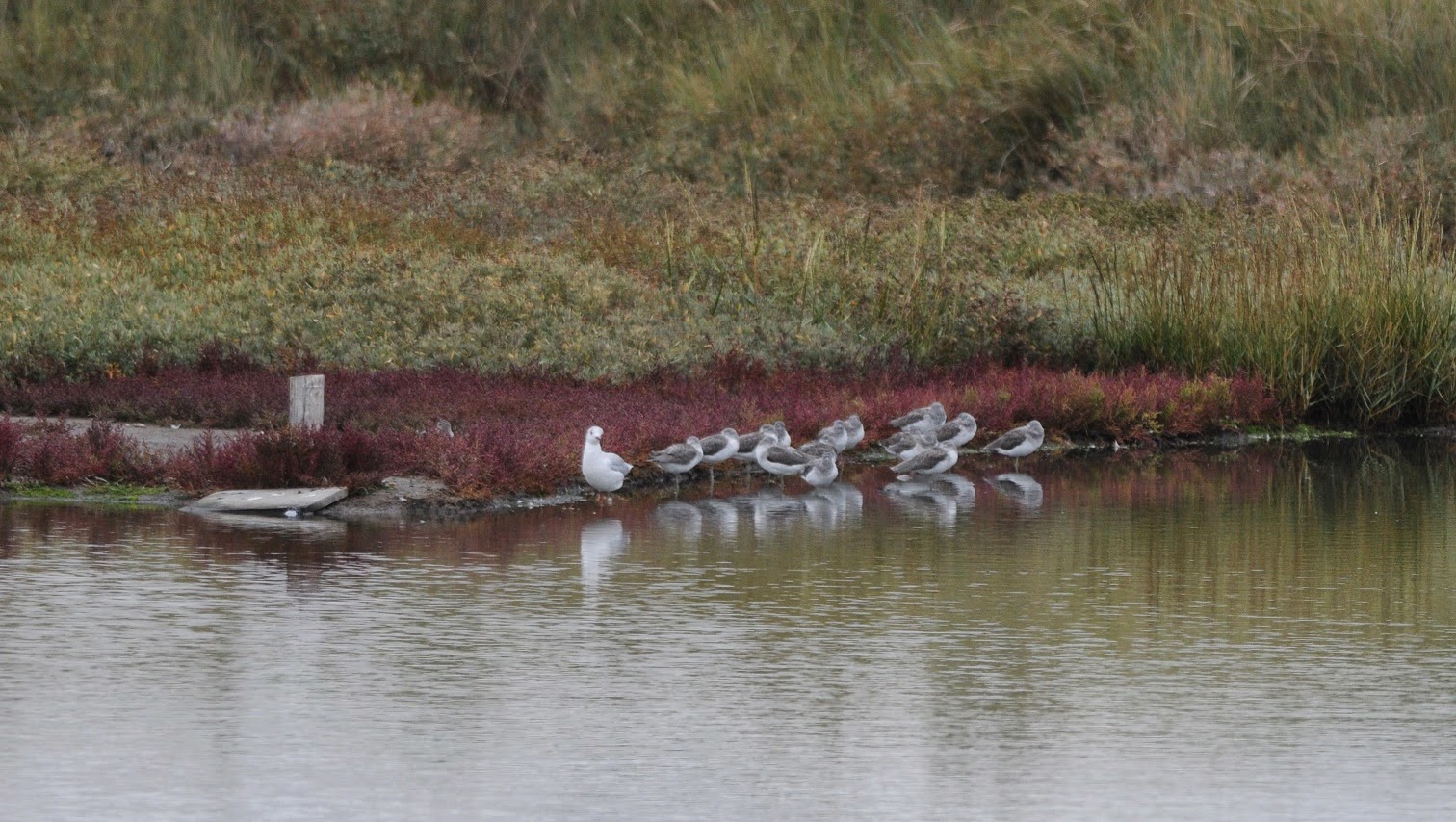 I started to scan through; I was alone in the hide, very quiet other than the distant tannoy with the commentator getting very excited on the Hadleigh Mountain Bike course.

4 Golden Plover were on the scrape along with 14 Knot, another flock of 60 Golden Plover came in, circled and then continued on there way. Redshank were just about everywhere and I expect the total easily topped 400, there was also 21 Avocet in a tight bunch along with 27 Greenshank, 6 Grey Plovers,32 Dunlin and 60+ Ringed Plover in one area.

However the pick of the bunch was a Curlew Sandpiper, found it, lost it and then refound it again, another wader in my case that I just don’t get to see enough off, need to get out more. 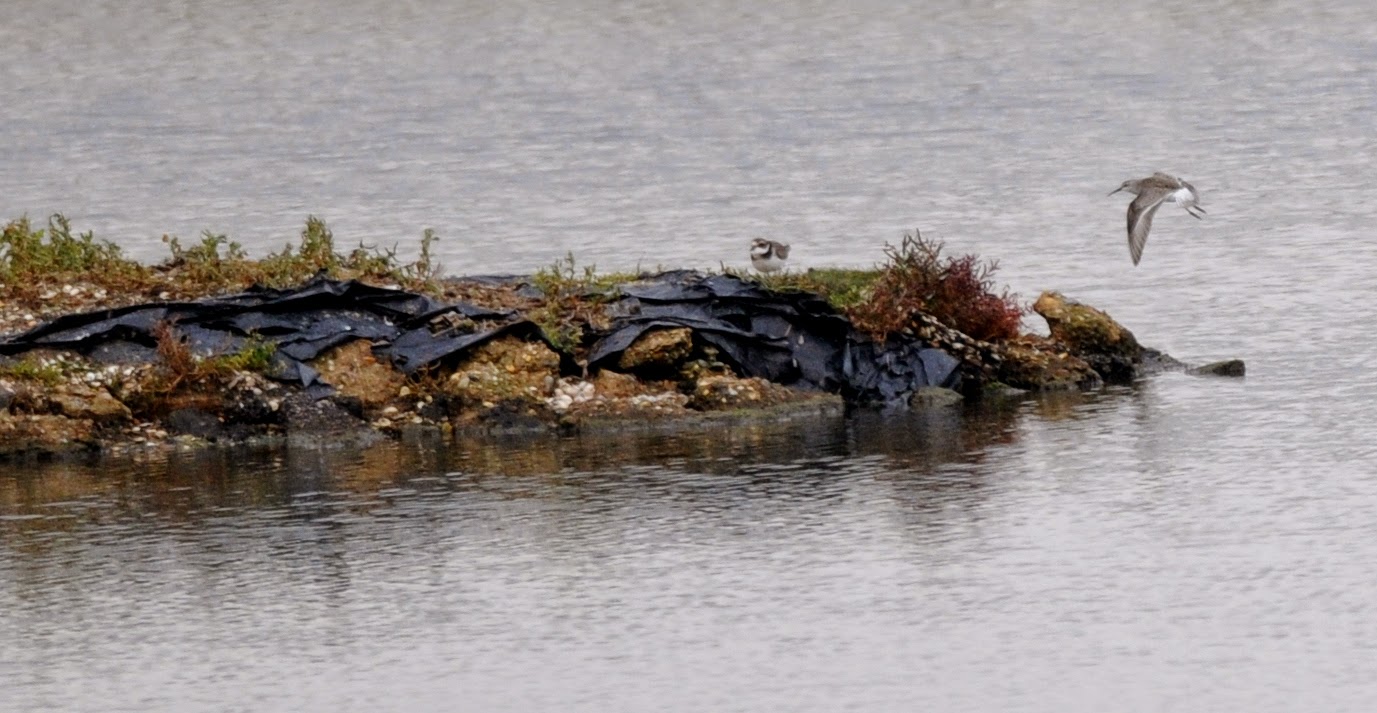 A nice quality assortment of waders, decent weather and sun was just starting to break through as I walked back, a good visit.