At dawn on Sunday morning I got the chance to see the 4 birds at Shoeburyness, the forecast for the day was not good unfortunately. Heading down there proved them correct and it was raining steadily on arrival, none the less the 4 birds soon appeared in the 2 pine trees and I had good views.
With the rain getting heavier and the skies darker, photography was impossible, I watched them for around an hour with Paul before giving in and doing a brief sea watch where we had an Arctic Skua.

I left with the thought of coming back on a better day; of course this was if they stayed.

On Monday morning I kept an eye on Twitter and sure enough, up they came again, although pretty cloudy and darkish it was showing signs of clearing so headed down again arriving around 11.00am.
The light by now was really good with the sun showing well for a change, a good crowd of around 25 birders were present including Russ and Dave, I got straight on the birds in the same 2 pine trees, they started calling and they flew, sod’s law.

They were picked up again shortly after on a single pine tree east of us facing the sea, we watched them for about a minute, they started to call again and off they went again north west, this time though they carried on going.
A number of us waited for them to return to the 2 pine trees but it was not to be, it looks as if the brighter sunnier weather had called and they were off looking for pastures new. 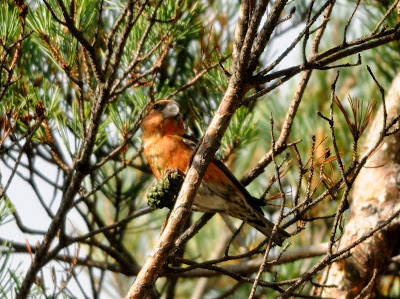 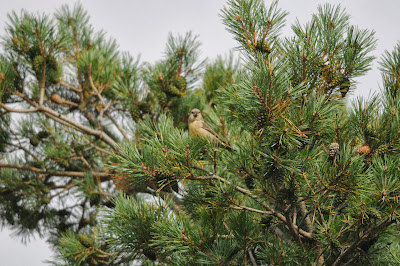 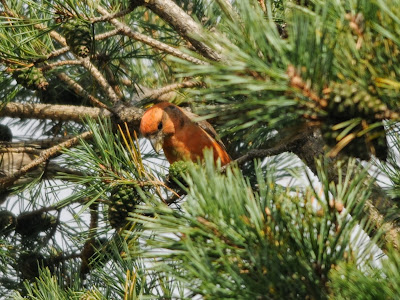 We did pick up a very high flying Crossbill sp that initially headed for Kent before doubling back and going east but of the 4 there was no sign unfortunately, I gave it well over an hour and then left.

In the brief time I saw them I managed to get a few distant photos, now easier with the converter so that helped although not quite right on the settings. 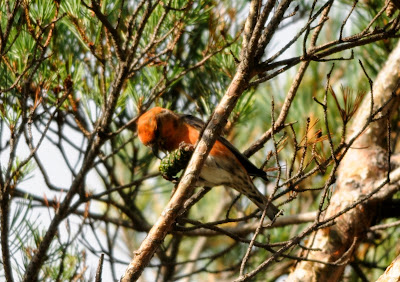 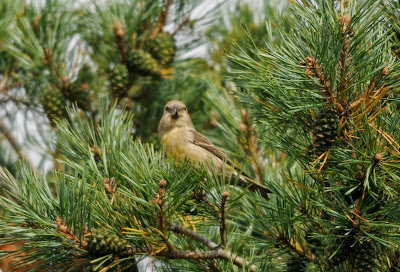 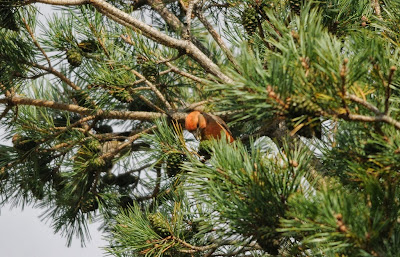 Hopefully they will return but highly unlikely now, good to meet Graham Ekins again, the last time we met was in Sweden in 2008 if I remember correctly.