After a morning spent at an induction I decided to drop into the Fort after for a couple of hours, the weather as you know today has been cracking.
It proved to be a good move and was rewarded on arrival with 6 Dark Bellied Brent Geese going up river, a good start. Shortly later I had 4 Corn Bunting west, given the light I was hoping for some photos but they carried on flying strongly.
After scanning the waders I had a single Knot in amongst 12 Bar Tailed Godwits and I recorded 234 Avocet feeding.


Birds of the visit go to 4 Spoonbills that came in high from the west at 12.03pm, they were quite away over towards Kent and at one point I thought they would pitch into Cliffe. After some slight stalling they continued down river still high and were lost to view. 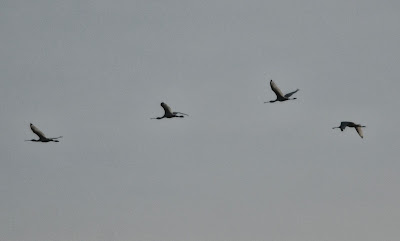 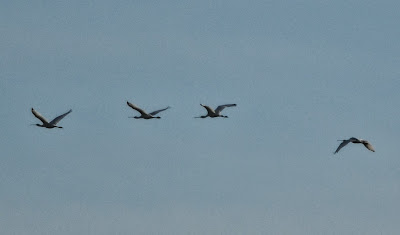 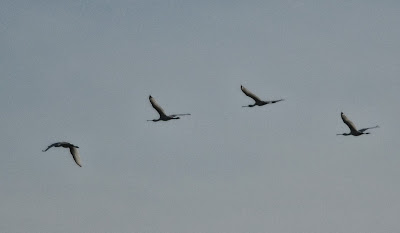 Having now looked at the photos, against the sun so not great, it appears as if they are all juveniles, all seem to have varying amounts black in the primaries at distance, bills appeared quite light as well but that could be the sun.