With news coming through the previous day of Leach’s Petrel, Puffin, Pomarine Skua and Little Auks seen at the Point, I thought I was in with a shout of catching up with a Leach’s the following morning.
Of course the previous day was a howling north easterly with a lot of rain, arriving at dawn with a few other birders present showed a moderate south easterly, no rain but it was overcast until around 9.00am.The tide was already dropping as a number of us lined along the Sea Wall as we settled down scanning, expectations as always were high, I had in mind perhaps a bird coming out on the tide.
Conditions looked quite favourable and we started to see a few birds, it has to be said not in great numbers but a steady trickle, Arctic and Common Terns along with a few Little Gulls. 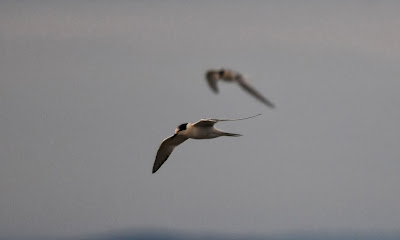 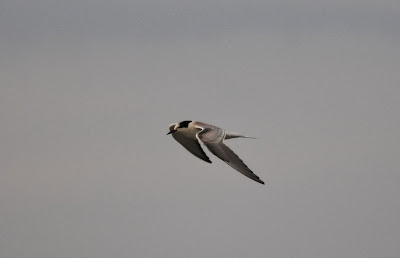 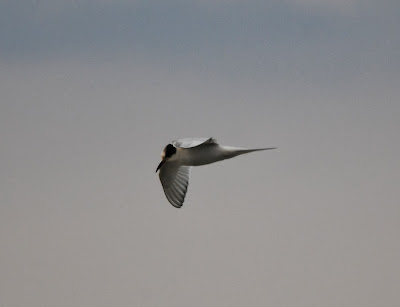 The bird of the morning came at 8.10am, a Leach’s Petrel, only the 3rd I have seen at the Point, initially picked up more to the Kent side but eventually came mid river after the attentions of some Gulls. It was last seen flying strongly upriver at 8.15am, I suspect this was likely the same bird seen later at Coalhouse Fort although having said that there were 5 Leach’s up river the previous day.

I personally watched from 7.00am to 9.45am and others may well have different totals but all in all not a bad morning, lots of Brent movement as well with at least 400 birds up river early on just after dawn, some flocks quite high as well. I suspect most of these were heading for the fields on the Kent side near Egypt Bay.

We also had a Diver a long way over and the consensus was that it seemed a little big for Red Throated, a good candidate for the bigger species.