As we are now getting into migrant time I paid a visit to the Reserve hoping to catch up with some waders starting as per usual on the sea wall.

I also had in the back of my head perhaps an early Wheatear along the concrete wall or path, the tide was still well out, it was only 6.45am so I gave Aveley Bay an hour.
During this hour I recorded 16 Common Terns all going out, additional to this there was also a group of 7 present up near Erith Yacht Club working the Bay.

On the wader front I had 3 Whimbrel, 5 Ringed Plover, 2 Dunlin, 5 Oystercatchers and 2 Green Sandpipers, not bad for a start so I headed into the Reserve. Met Howard and as we were chatting we both heard Grey Plover calling, thinking its more and likely in summer plumage I went back out to look for it.Despite a thorough search of the Bay mud and foreshore it must have buggered off, I even checked the Kent side. 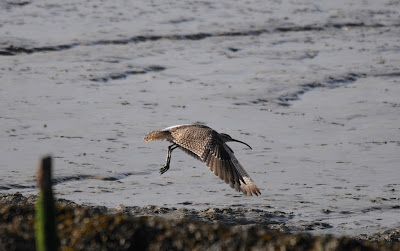 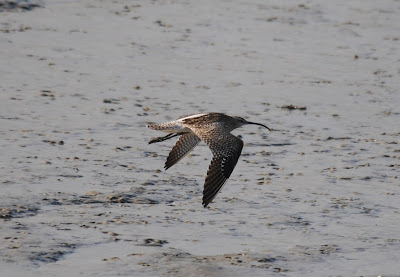 I was now feeing quite optimistic for more waders so I retraced my steps and headed back into the Reserve, on arriving at Aveley Pools there was no mud, water levels had risen, no chance of any waders. Hopefully they will be able to reduce the levels to make it more attractive for passage birds, to reinforce the fact it was not ideal, a summer plumage Black Tailed Godwit flew in, had a look and then flew straight back to the Thames.

Heading back to the centre showed a single Greenshank on the new scrape, sod’s law; this looked as if it could do with more water as it appeared to be drying up.
The same happens over Ingrebourne Valley, just when we thought it was starting to look very inviting for waders the river burst its banks and flooded all, you just can’t beat the unpredictable English weather.