An early start as the tide was still high but just starting to drop, going on past years I was hopeful due to the time of year for a good Tern, they like the Outfall for obvious reasons – food.
It’s not only them, Black Headed Gulls work it along with up to 50 Cormorants, as far as I can work out the food for all seems to be some type of Prawn.

Going through the hordes showed a peak count of around 40 Common Terns, many were juveniles; the hoped for Arctic Tern did not materialise immediately but was eventually found and seen well going out of the River. One good Tern deserves another but not to be, I looked for a Black Tern but unfortunately negative. I am hopeful that with the shutting down of the Crossness mid river Outlet they might just be attracted to Barking, the trouble being at low tide it is not ideal. 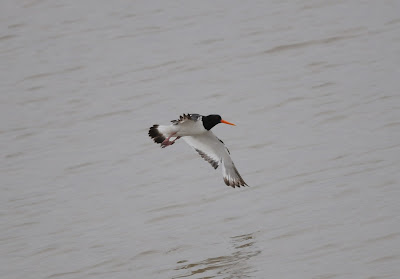 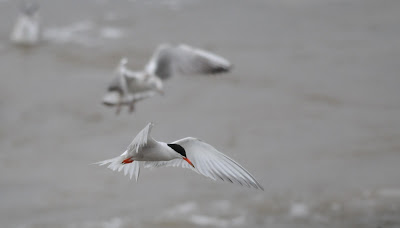 Other birds present were 6 Common Sandpipers including one rather amusingly watching a scrap between 2 Black Headed Gulls, 2 Oystercatchers which have again failed; I wonder how many do actually succeed in fledging young in the Inner Thames? 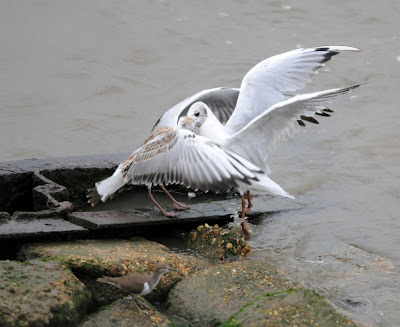 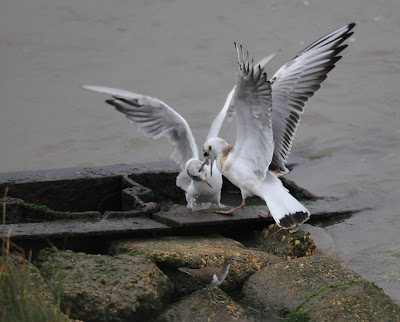 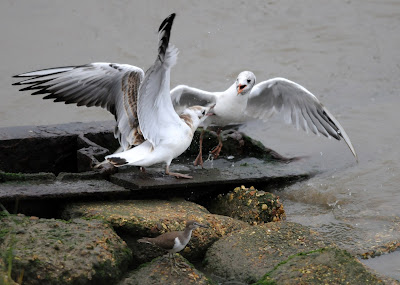 The other highlight was a Little Egret, rather surprisingly a little bit of a rarity at the Outfall, this was only the 3rd site record.


After finishing up at the Outfall I then made tracks for the Bay, again hopeful of a migrant, this time Wheatear or Whinchat were the targets.
As is my habit I walked a little way along the green sward and then scoped the mudflats, virtually the 1st bird seen was the Ruddy Shelduck Hybrid, it looks again if it will winter in the area. Moving on produced 2 year ticks, a Ruff and a Greenshank, the Ruff in particular is a bit of a rarity in the Bay and I think is only the 2nd site record, it’s not a bird you see on the mud.

A good start so I moved further down to get better scope views, as I did the mudflats erupted and a Tiercel Peregrine came through low, not hunting but his presence was enough to cause panic. Saying that It did give me an opportunity to compare the Shank and Ruff in flight, both were still together so a good comparison.
I then worked the scrub, plenty of Whitethroat juveniles and a single Blackcap, I then had a single calling Yellow Wagtail over.
Turning for home after checking the river, there were at least 60 Common Terns up and down with the breeding jetty still active, I then got lucky half way along, Whinchat! 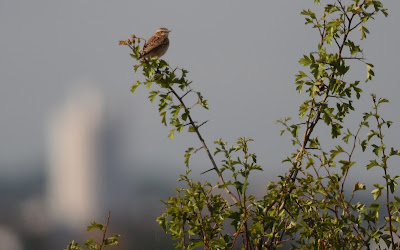 There were 2 birds that looked good for juveniles, I managed a couple of long range photos and then headed for home, not a bad morning.