I know its early days yet for sea watching and it was simply too sunny but regardless, it’s good to be out and I enjoy sea watching despite numerous blanks in picking the wrong time to go. I will try not to talk about the weather but know I will fail miserably, checking the forecast the night before showed cloudy conditions and showers.


Nonetheless I always enjoy visits to the Point visit although expectations were not too high for a ‘good seabird’ with the wall to wall sunshine.
During the course of the morning around 7 large ships went upriver and they were surprisingly light on Terns following, the total for Commic’s was probably around 40.Only 2 Sandwich Terns were seen close by and this included checking the roost at the Marina, not surprised really as it is was still early, with the tide not yet high, the mud held just 6 Turnstones. 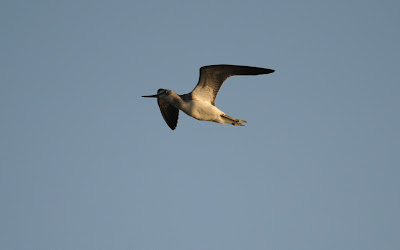 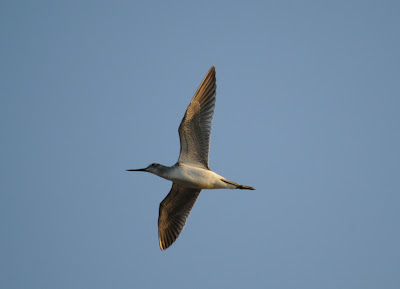 2 Mediterranean Gulls were seen, a juvenile and a 1st winter both going up river, again even in sunnier conditions I would have expected many more around given the recent numbers in Southend.
Best birds of the morning go to 2 Black Terns heading upriver at 6.17am and a Little Tern seen going out at 7.55am.The Blacks in particular were not following a Ship but were on their own around a 1/3 of the way out flying pretty strongly up river.
Before the tide started to cover the mud the pick of the birds feeding on it were 3 Greenshanks, 4 summer plumed Black Tailed Godwits and 6 Ringed Plover. I did have 5 distant waders heading over towards the Creek, in shape and flight they looked good for Golden Plover.

A good morning, off to Dungeness on Sunday for some sea watching, an early Pom wouldn’t go a miss.