After a hearty breakfast at Westcliffe my wife Chris headed for the shops and I went to the Pier, cold it was bloody freezing but I was optimistic as a good easterly was blowing. When I arrived at the end by train it was deserted, not surprising as it was even colder being more exposed.
I stayed out there for a good 1 ½ hours and didn’t record one Red Throated Diver, no Auks or even Scoter, 3 Great Crested Grebes were the only birds seen other than Gulls sitting on the sea.

Mediterranean Gulls were evident with a total of 7 seen, an adult, 2nd winter and 5 1st winters; the Pier is the best place I know to photograph them, just a pity that the light was abysmal.
Other than the Meds a Common Seal was very inquisitive and one of the Grebes caught a fish which was just too big to swallow, and as ever Turnstones provided work for the camera, they are a cracking little bird. 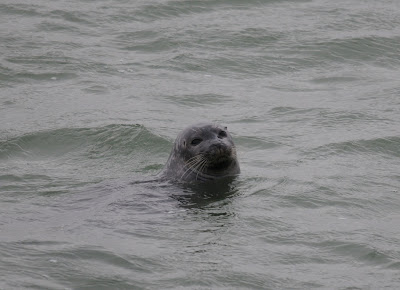 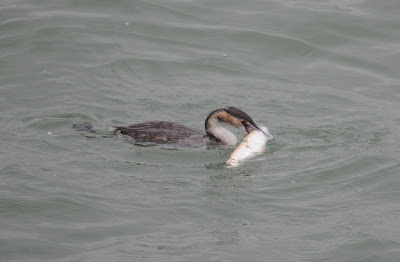 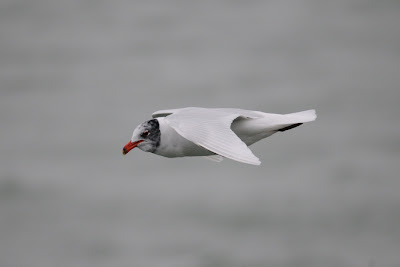 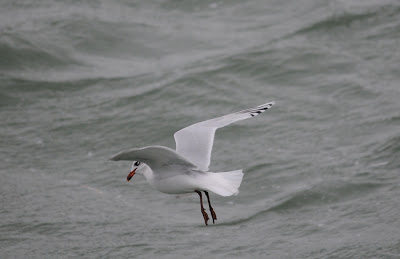 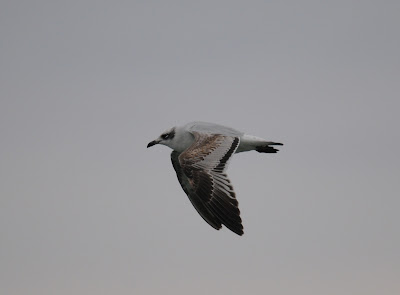 Rather surprising given the easterly that I did not record any movement either way, I would have expected some Red Throats given that I was watching them at Leysdown over the weekend.
I did get onto a Gull that had me flummoxed, bigger than a Common Gull but seemingly too small for a Herring Gull, likely just a very small Herring; Gulls are not my thing apart from Meds which are rather special.
Leaving the Pier I headed back to Land and came across some showy Sanderling including a colour ringed bird, I suspect it’s one from Greenland and will get in touch with them to try and find out its history.
9 Dark Bellied Brent Geese were also near the Sanderlings so these gave more photo opportunities. 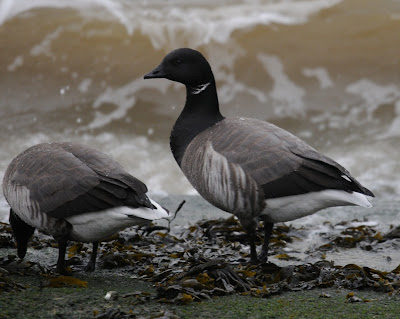 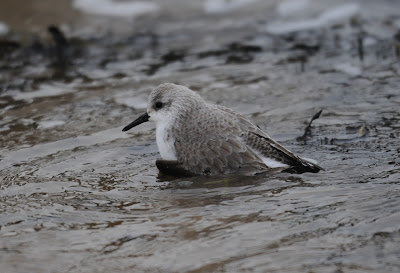 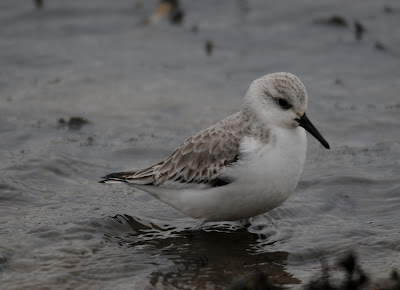 I met Chris and we then headed to Gunners Park to have a look at the long staying Long Tailed Duck, this we found out in the middle of the small lake, the light was not good, I wouldn’t mind coming back in sunshine, a superb looking bird. 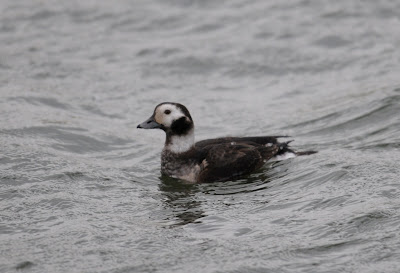 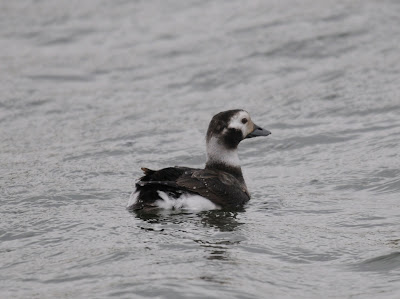