We started the morning off with a survey out on our usual area of land, near Cooling out on the Hoo Peninsula, the morning although overcast was windless and looked promising.
2 singing Corn Buntings just before we entered was a good start, even better was a male Merlin and a Common Buzzard on the entrance track as we drove out.


As we started the 2 Barnacle Geese were located amongst the hordes of Greylag but we could not locate any White Fronted Geese throughout the surveys, Skylarks were up singing and Wigeon numbers had gone through the roof.
This was born out on my section of the Thames that I cover, the Wigeon numbers were way above the norm for my section and way above last week’s counts.

Wader numbers were up high as well, in particular Black Tailed Godwit, they don’t usually grace my area of Blyth Sands, I have had them but nowhere near today’s numbers which were in 4 figures.
On the Raptor front it was obvious right from the start that there had been a clear out of Marsh Harriers, I only saw 2 and Paul recorded one, I suspect many had moved to their breeding grounds with the milder weather. A female Sparrowhawk and a Kestrel were the only other birds of prey.

Spring is starting to show signs at long last, male Reed Buntings singing, drumming Great Spotted Woodpecker and even a displaying Lapwing, puts a smile on your face.

When we finished we headed straight for Harty Lane, drove down towards the Raptor Watchpoint and with impeccable timing the 7 Common Cranes staged a fly by. 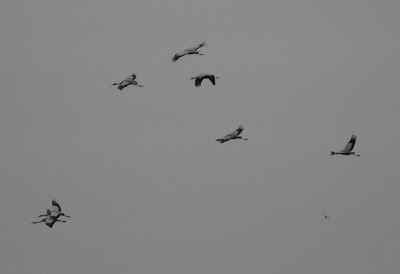 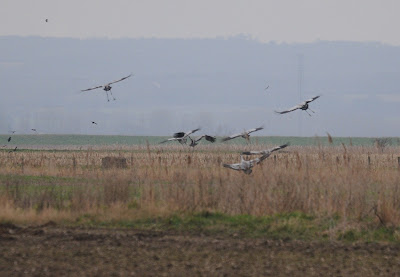 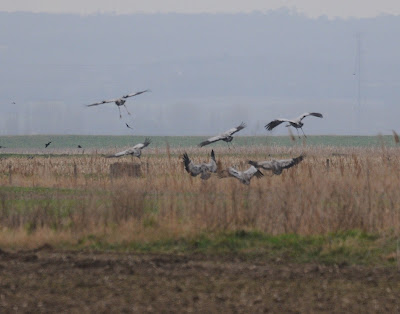 The skies were not great for photography but these were what we had really come to see, we were very very fortunate, although not close views they did land and posed well before a Gas Gun put all up. 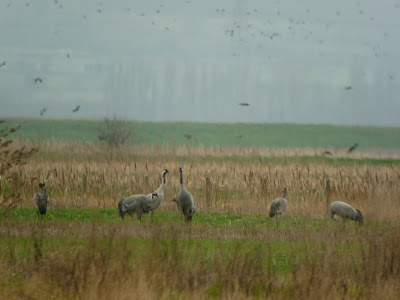 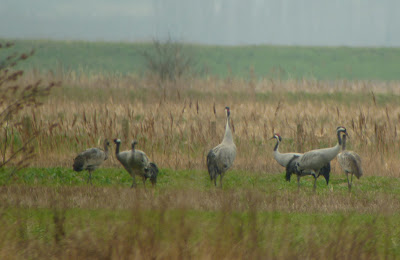 From this they flew further out and were lost to view and that was the last we saw of them.

Pressing on we headed to Leysdown, walking out to the end gave good numbers of Sanderling, 20+ Red Throated Diver and many Wigeon as we approached the off limits area.
Scoping also showed 200 odd White Fronted Geese sitting out the rising tide and in amongst them were 10 or more Barnacle Geese.
The last part of the day was spent watching and photographing waders, always enjoyable, also seen were around 300 Dark Bellied Brents flushed from a field. 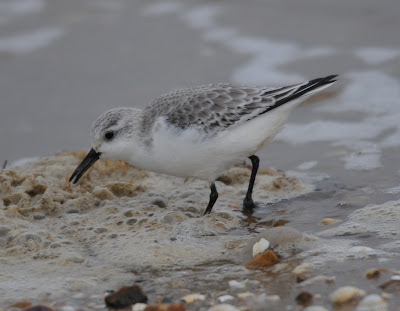 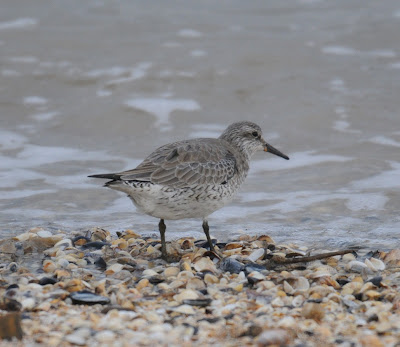 The walk back to the car gave us distant views of a Merlin preening, a good end to the day.