Late last year both myself and Sam Shippey undertook a still on-going task of compiling a species list for the new Ingrebourne Valley website, see www.ingrebournebirders.blogspot.com

Sam has every Essex Bird Reports starting from 1951 and my reports start from 1990 to date, this is when I really got into the birding scene. My years before 1990 were taken up by Moto X and motorcycling, I still follow this pretty closely although I don’t own or ride a motorcycle anymore.

Some of the records that have turned up for the Valley have been really good, it makes you realise just how different our countryside must have been for the quality and quantity of birds present in the past.
To date the List stands at 191, there are a number of star birds but a top contender could well be a male White Spotted Bluethroat seen at Berwick Ponds on August 30th 1970, seen by no less than 4 observers, a cracking record in anyone’s book. Additionally Les’s Pectoral Sandpiper and Shaun’s Penduline Tit are up there as contenders along with the 2 Temmincks and the Great Grey Shrike.

Red Backed Shrike is a real eye opener, in 1955 there were 4 pairs breeding in Hornchurch with 20 pairs breeding in Essex in 1960, the same year there was a flock of 200+Tree Sparrows on January 31st at Berwick Ponds. Very hard to comprehend but understandable given how much our countryside has changed with intensive farming and diminishing rural areas over the years. Having recently been to Bulgaria and its wide open unspoilt countryside and wall to wall Red Backed Shrikes, I have no doubt that this is as close as you can get to England of old.

Some species spend years avoiding you, my bogey bird for the Valley is Bearded Tit with Short Eared Owl not far behind, so far there has been no less than 8 records of Bearded Tit, some of groups and Sam still has 15 odd years to go so very likely more. The Valley has extensive reed beds, I suspect that they winter annually but are just not picked up.

The latest addition to the Valley list could possibly be the one day Ross’s Goose(Rainham bird) of unknown origin, it is assumed that it has to be an escape, the bird is unringed and you can’t get anywhere near it let alone feed it bread. Not one for the purists but definitely going down on my List. 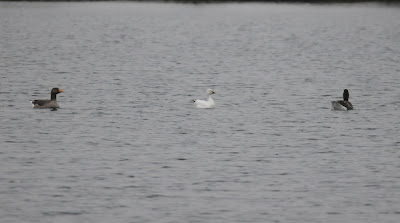 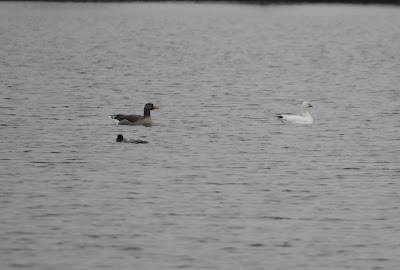