I decided to give the Valley a go this morning feeling none too clever suffering with a bout of man flu, the best remedy is birding so out in the dark at 6.30a.m.My idea was to get the list up and running by listening for Tawny Owl and perhaps even a Woodcock over the marsh as it got light.
None of these materialized but I did have a number of Snipe lifting off the Marsh along with Water Rail and Cetti’s Warbler calling.

The surprise of the morning however took place at 7.18a.m when a Bittern flew straight over my head going towards Berwick Ponds, in the dawn light I at first thought it was an Owl but then noted the dagger like beak and squat shape.

A very good start considering I never saw one last year; this was then followed up by a Shelduck and a female Wigeon on and over the viewing area. The Shelduck in particular usually don’t arrive until March/April so this was quite early; it’s got to be the mild weather.

Berwick Glades was next with the list building nicely, here I added both Lesser Redpoll and Siskin and Jackdaw going over.

At least 6 Goldcrest were seen and heard and another goodie was nailed in the shape of a Kingfisher, by now I thought I was probably around 54, this was the same as last year on my 1st day, so I headed for the Farm Trail. 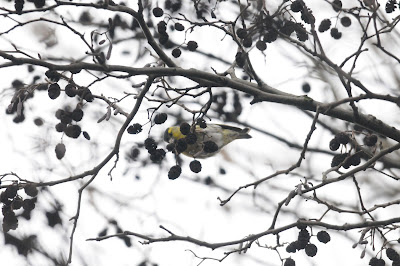 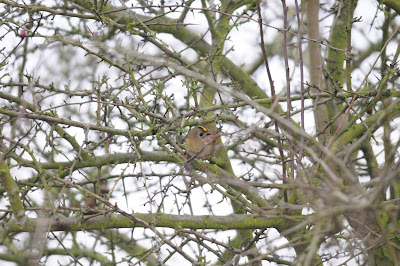 Here I added Meadow Pipit and Skylark but rather oddly no Lapwing, I kept scanning as I walked down the trail and again got lucky with a Common Buzzard over in the Woods and 2 Yellowhammer going over.58 still doing well but I was on the last leg as I walked past St. Georges Hospital so was not expecting much more.

As I approached the car House Sparrows were calling in the Bramble and 2 Collared Doves flew from the houses, 60 for the day a very good start.
No Kestrel or Sparrowhawk, it’s a sign of the times that you see a Buzzard first, very welcome.