The Outfall and a Valley Smew

On January 13th I headed for Barking Outfall, the temperature had dropped and this was reflected in the wildfowl present, the Outfall alone held over a 100 Gadwall, similar numbers of Shoveler, 63 Shelduck and around 450 Teal. With the colder weather forecast for the weekend I expect the numbers to climb even higher with Tufted Duck and Pochard piling in.

This was also my first visit to the site of 2013 so I was starting the patch list again, top bird for the morning went to a Green Sandpiper seen over on the Sewage works, very possibly the same bird that was seen on December 30th.Of the Black Redstart, again seen on December 30th there was no sign, I suspect it is wintering here, it is a big sewage works so easily missed. 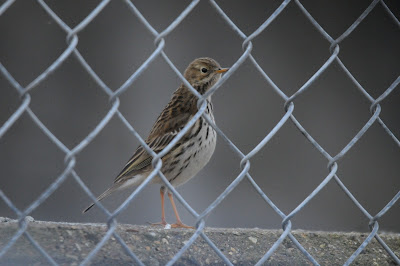 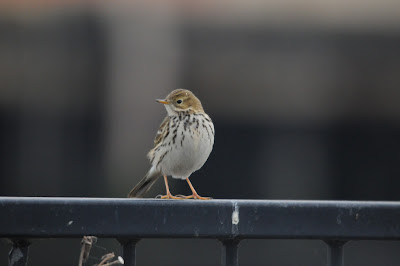 I again saw 3 Chiffchaff, they are reliably always present every winter and a good addition which I did not get last year was Water Rail, a calling bird heard down the Creek.

I finished the morning on 43, a good start, nothing really hard to get other than the Green Sandpiper and Water Rail but with the weekend I am hopeful of something on the river, Scaup springs to mind, if you talk it up they will come!


I got a phone call from Pete Breeze the Fishery Manager at the Valley late afternoon on the 14th saying he had a whitish Duck, after consulting his book he thought it was a Drake Smew. Arriving on site after grabbing the camera and bins quickly indeed showed a cracking Drake on arrival, to my mind the only better looking Drake would be a Long Tailed or Harlequin.

Unfortunately due to the late hour and absolute crap skies photos are only record shots, lucky enough a few of the regulars got to see it as it was gone the following morning.

As far as I am aware, it is the Valley’s first Drake, hopefully it won’t be the last. With this weather front pressing in we are also way overdue a Scaup, the Reservoir has got to be favourite, again like the Outfall I will check it over the weekend. 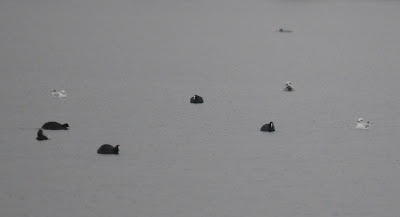 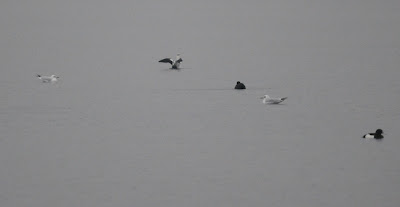 Well done to Pete for knowing he had something different, brings the patch year list nicely up to 65.