As is becoming our habit, myself and Paul, if time permits before our Survey are dropping into Cliffe en route to see what’s in the area.
This morning we decided to go straight to the Alpha Pools at dawn which we last visited, I hope I have this correct, last winter to see a Red Necked Grebe.
Parking by the Church we walked out firstly checking the nearest lake, good numbers of Gadwall, Pochard and Tufted Duck but nothing out of the ordinary on it, or so we thought. We then decided
to walk up the side of the lake, on the way we firstly had a Marsh Harrier which was then followed by a male Merlin sitting on the wall. Brief views were had, they never seem to stay still for long, we also heard a couple of Cetti’s Warblers.

Cresting the banks we found a massive Pool looking towards the River, this came up trumps with 7
Scaup, 2 adult drakes, 2 1st winters and 3 females. We also met a local birder who pointed out another drake, this was visibly smaller than the Pochard and Tufted it was next to, it did not look bad for a Lesser Scaup at distance. It has been seen well and close by other birders and its credentials unfortunately point towards a hybrid. It a pity we did not have the time to gain closer views, it would have been good to have had a good look at it.This chap( a big thank you) then put us onto 2 Little Stints on the 1st pool, always good to see even if the views were a little distant.

An excellent start to the morning so we headed for the survey site, it was now very cold with the wind more or less easterly coming round to north easterly, good river conditions hopefully.
After covering our respective transects we both watched the river for 2 hours, the 1st 2 hours spent covering the site.

No less than 8 Marsh Harriers were seen; unfortunately no Hen Harrier but we did get Peregrine, a female Merlin and a Common Buzzard. The Greylag flock has now grown but still contains no ‘wild geese’, last winter it held both White Fronted and Barnacle, none so far this winter though.

My river watch highlights were 10 Red Throated Divers, an unidentified Diver sp (too far to id but a larger sp, 4 Kittiwakes, 6 Dark Bellied Brent’s and a Great Skua going out at 1.55pm.A well-marked bird with good wing flashes that had the Wigeon in a right old panic. 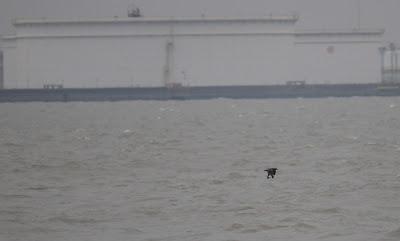 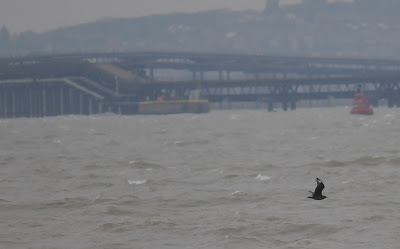 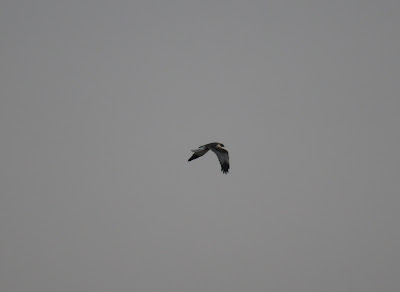 A good day only marred by another low flying prat flushing one and all, even to the extent of panicking the Cows in all directions.