Out surveying again on Thursday, cold barely above freezing, 3 pairs of socks was not keeping it out either.

Scanning around to see what was around half way through the survey I picked up a distant hunting Barn Owl, I have never seen one hunting in daylight in Essex, usually somewhere like Norfolk. I suspect the weather was playing its part, if this was one of my local Owls it would have had half a dozen Crows on it straight away, Crows were around but seemingly ignoring it.

I carried on and about an hour later whilst watching a Fox hunting I turned and there was the Owl sitting on a post, its back was towards me obviously intent on something below in the grass. Using stealth an Apache would have been proud off I inched up behind it, light was not great but I got off a few shots. In the end it heard the camera click and turned, they really are cracking looking Owls and the details in the feathering this close up was stunning.
Below are a few photos of the bird, unusual to get this close to one. 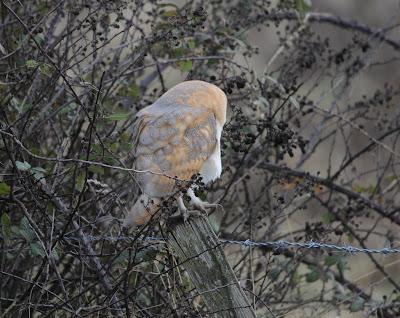 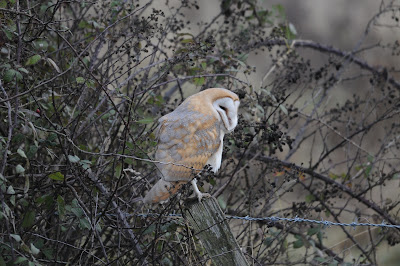 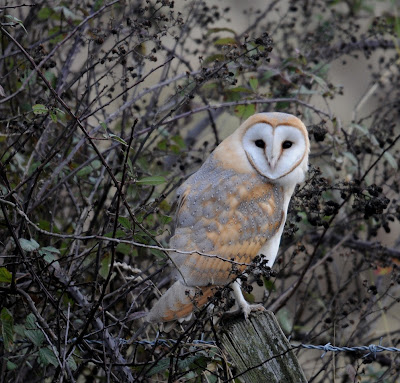 Elsewhere the Snow Goose remains with the Canada’s, I went through them again in the hope of a Whitefront or Pinkie but no luck, good numbers of Redwing and a mixed Finch/Bunting flock held 2 Corn Buntings.