After an early a.m. visit to London where I happened on some nocturnal hunting by a pair of Peregrines, I popped into the Sewage works on my return.
As I have mentioned before, the site seems to hold a good number of wintering Chiffchaff, this was virtually the 1st bird heard on arrival. At last some sunshine so I made the most of it and covered as much of the site as I could.
Wagtails as usual were everywhere with Pied seemingly at every tank, Greys were present also in good numbers. 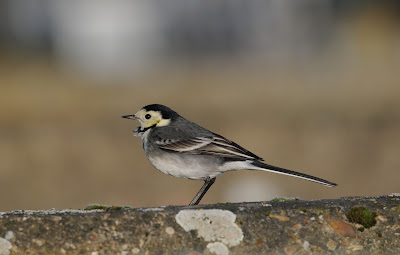 One bird that has always been nailed on for the site has been Green Sandpiper, it was looking like I would miss it for the year when a very welcome individual gave itself up, trying to get a photo was another matter. Below is about the best I got of it, this made 101 for the year list, hopefully it will hang around for the New Year. 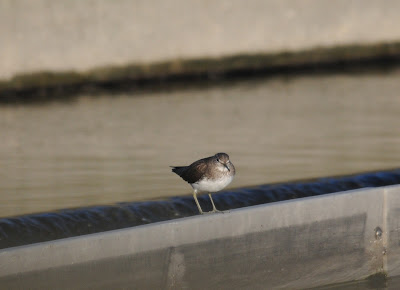 I also got very lucky with another hard to get bird, Black Redstart, in years gone by this used to be a breeding site, unfortunately they are only winter visitors now. There seemed to be a slight wing bar so likely a 1st year male. Always good to see, it certainly lived up to its reputation as a disappearer despite seeing exactly where it landed, it could not be relocated. This along with the Green Sandpiper made 102 for the year, that’s it now for 2012, out on New Year’s Day to start again. 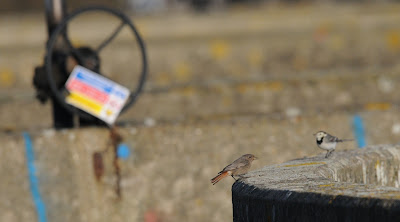 Happy New Year to all,good birding and all the best for 2013.