High tide on arrival at dawn and just starting to drop, in the very dim light I could just about see the Redshank roost, crammed full with a couple of Black Tailed Godwits in there as well.
With the milder weather many of the wildfowl have departed other than Teal; these were still up around the 400 mark.

As the light improved a couple of luxury Yachts went by upriver, having now seen the news all are destined for the Boat Show at the Excel with most being hauled out to be put on show. Stunning looking boats with an equally stunning price tag, many are million not thousands, another world. 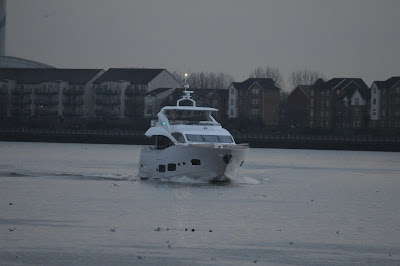 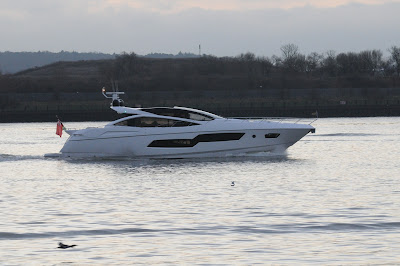 Definitely unusual was the Submarine going out of the river with a police escort; I gather it is a Dutch sub, not quite up on my flags so hopefully I have that right. Having seen a few warships coming and going up or down river over the years including an Aircraft Carrier going past Coryton, a Sub was a first. 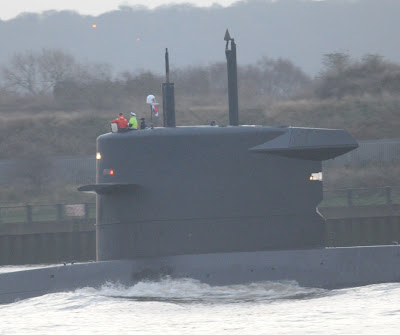 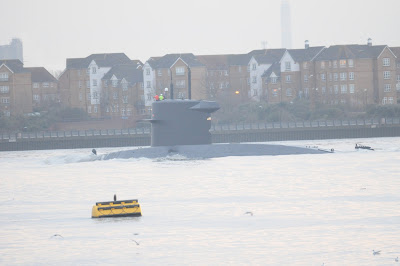 After this as the tide dropped I bagged a few arriving waders, 12 Redshank, 2 Curlew and 3 Black Tailed Godwits, these seem to be thin on the ground compared to the last 2 winters, possibly testament to the mild winter so far.
Walking the scrub down the Creek produced a single Cetti’s Warbler and no less than 3 contact calling Chiffchaffs, the sewage works have always been a winter favourite. 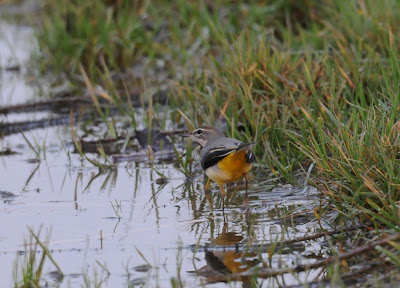 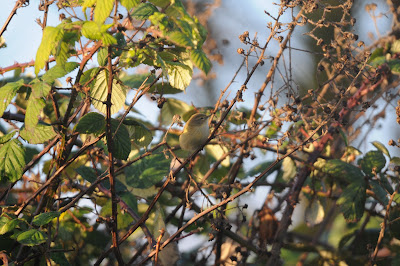 No sign of the Bearded Tit so far this winter, hopefully it or they will show over the Christmas period.