Along with many others I have and always will prefer winter birding, for starters there is just so much more happening in regard to Waders and Wildfowl, the Outfall is one of those places that only comes to life in the winter.

It has a massive food source coming from Thames Water; it is now in that period when it is just coming into its own.
Numbers of Wildfowl are rapidly increasing, this morning’s visit provided 9 returning Black Tailed Godwit with a good count of 54 Redshank and a single Curlew. 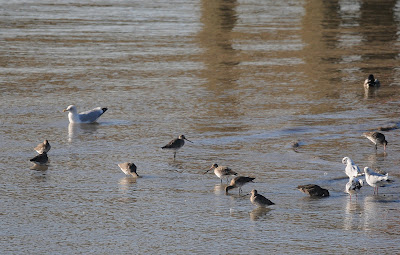 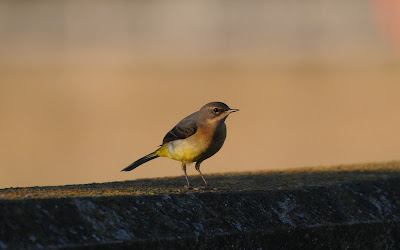 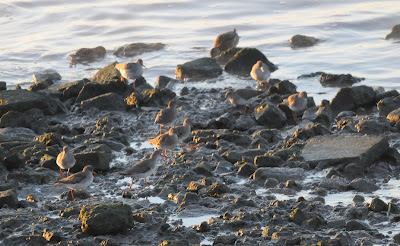 The Outfall below looking west towards the 2nd Jetty which is the Gull breeding Jetty, Canary Wharf in the distance.I usualy view from the corner of the road, inland is Thames Water. 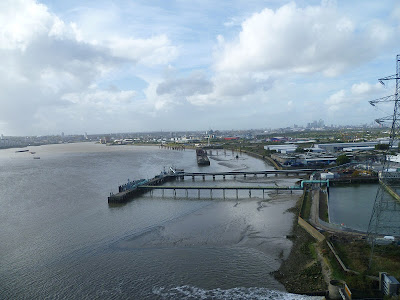 Teal numbers continue to multiply with a count of 419 at the Outfall and the Creek, one day a Green Winger hopefully.
From the Outfall I moved on to the Thames Water site and came across 3 Common Sandpipers feeding in separate tanks, one of which appeared to be very approachable. As you know Common Sands flush quite early and are not usually that approachable, this particular bird was quite a film star and stayed put. I was not sure what the credentials were for Spotted Sandpiper so I took a few photos and checked as soon as I got home, additionally checking with a 2nd opinion.
It turned out to be a normal Common Sandpiper, bill, colour of legs and tail not being right for Spotted Sandpiper. Its approachability I must admit threw me a bit but I will know what to look for when I do find one, there’s nothing like being positive. 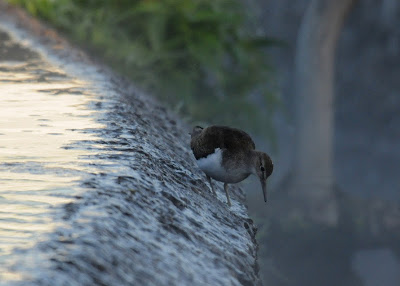 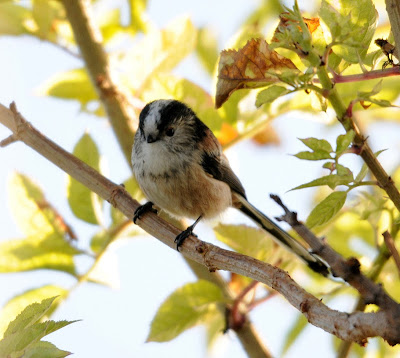 My year list for the site continues to climb and I reached 99 with Lesser Redpoll, House Sparrow, Mistle Thrush and Goldcrest.Not too bad for a relatively small site, highlights for the year so far include Bearded Tit, Scaup and Jack Snipe, hopefully more to come.