Sunday dawned, survey time again over the other side of the water, also another chance to have a crack at the Rough Legged Buzzard.
Driving down with Paul and the temperature gauge in the car showed 1 above, worse still was the dense foggy conditions which had blanketed just about everywhere. On arrival visibility was down to 100 metres as we started the survey, I looked round and the only thing that shone through all the gloom was Paul’s high forehead, it was like a beacon shining through.
Not much chance of finding many birds in this stuff, but surprisingly we did, Paul recorded Bearded Tit again along with Cetti’s Warbler which I also recorded, and Common Buzzard was seen by both of us.
When it did eventually clear, around 11.00am, we were both on the river at our respective watch points; the numbers of waders over the Kent side is quite staggering. The mud flats here are far larger than on the Essex side, consequently far more birds, for starters I had 3100 Dunlin stretched out in front of me, Paul had a similar count of Dunlin at the other end.Wigeon peaked at 860 with 700 odd Dark Bellied Brent’s seen to the east of us. Between us we also had nearly 300 Curlew and 200 Grey Plover, it makes you realise how important these Thames mud flats are, unbelievably some pratt called Boris wants to stick an airport near here. 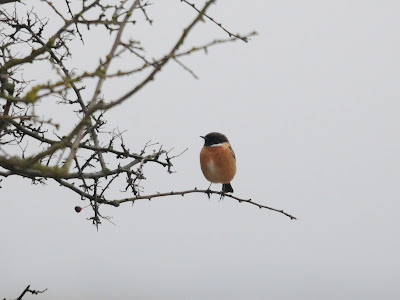 When we had finished we looked for the Rough Legged Buzzard, eventually picking it up after coming across Marsh Harrier, 2 Common Buzzards and male and female Merlin, all were distant but good views were had of most. 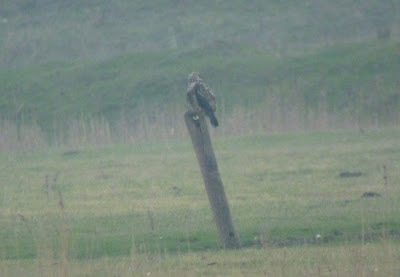 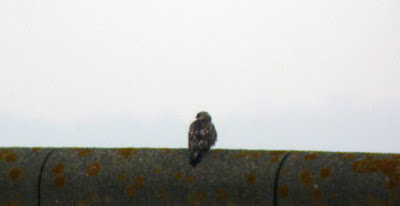 The Rough Leg eventually flew towards us and we got better views through the scopes, again distant but it was very wary and liked to keep a ¼ mile buffer zone between it and us. It is a cracking looking bird and the challenge in the coming months, if it stays whilst we survey, will be to get a decent photo of it. With the promise of cold weather coming it is unlikely to move on if it has a food source, and could hopefully be joined by another. With up to 3 Common Buzzards on site food does not seem to be a problem. 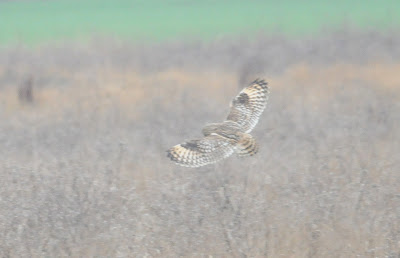 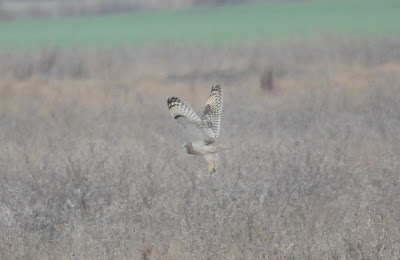 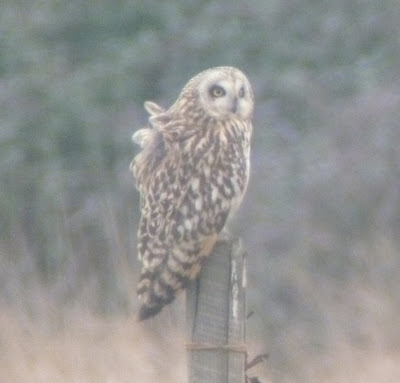 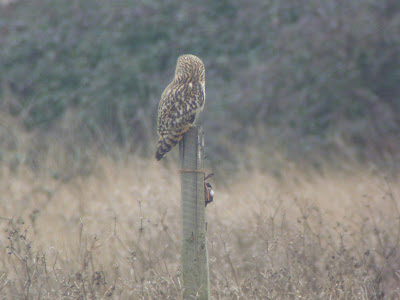 We also caught up with the regular Short Eared Owl, out hunting in the gloomy weather at 2.00pm, a fine end to the day watching it tangling with a Kestrel. Photos are poor owing to the naff weather and the bird’s not playing ball.