Whilst starting my patch list off for the year on Saturday at the Outfall I heard some distant Crows harassing something on the ground, I eventually located them about 100 metres away. Expecting a Fox I hid on the corner on the half chance that it came towards me, you can imagine my shock when I saw it was a Mink they were mobbing.
It was moving towards me, stopping occasionally to look into the very large water tanks, in short it looked as if it was hunting, eventually it came as close as 8 metres away and I got off a few photos. Weather was not to clever, overcast at the time and I should have upped the ISO, but as you can see from the photos below, it was intent on hunting even when I made myself known. Instead of bolting it carried on, only speeding up slightly, a Fox would have been long gone. 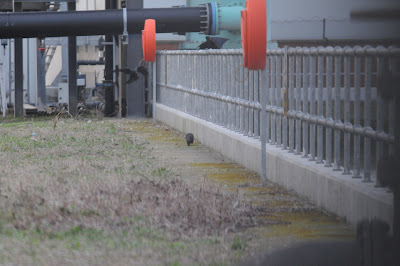 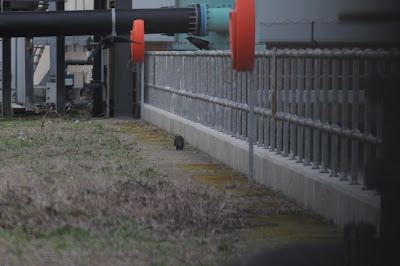 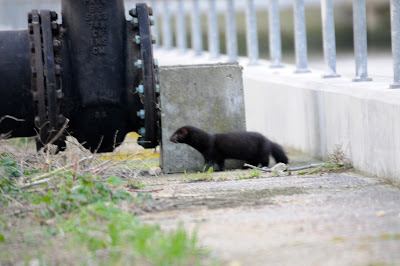 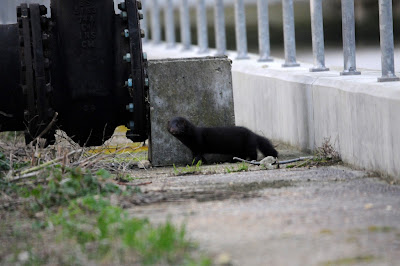 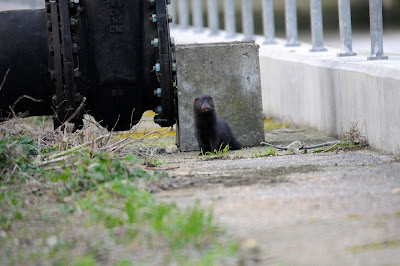 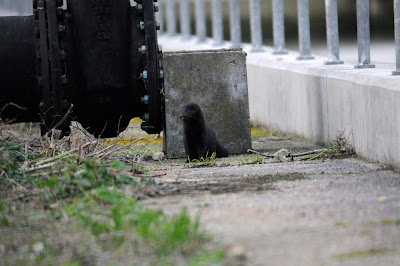 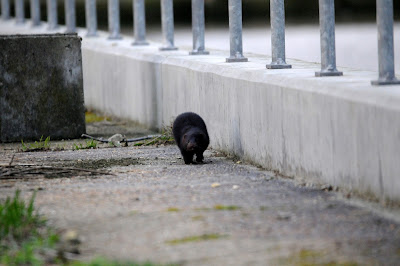 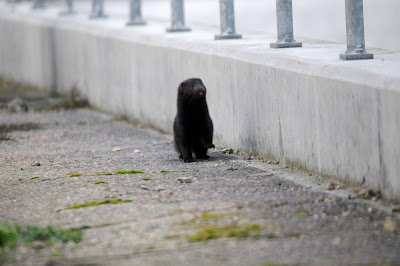 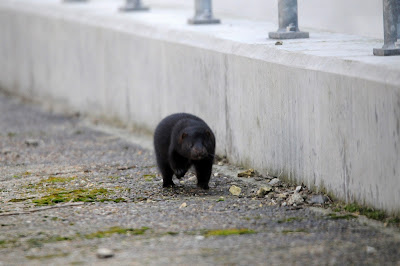 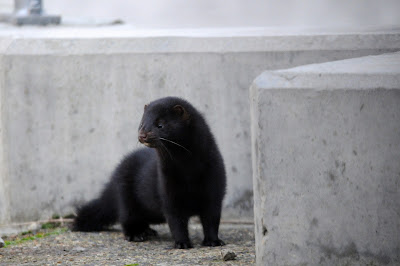 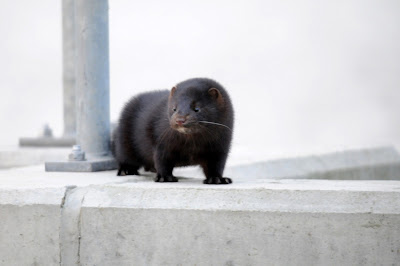 It appeared quite fearless and is bad news for all local wildfowl, water voles and ground nesting birds; I will inform the relevant people.
Elsewhere the patch list got off to a good start with 3 Rock Pipits, 3 Curlew, 2 Chiffchaffs, 4 Black Tailed Godwits and Cetti’s Warbler being the highlights. Of the recently seen and slightly oiled Oystercatcher there was no sign, hopefully it recovered. 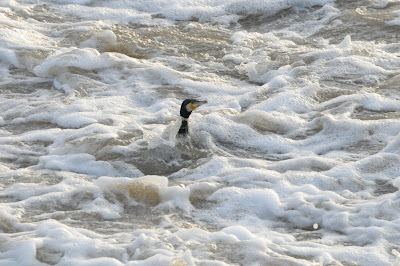 41 species recorded for the morning.