Anyone involved with peregrines will be aware of their attitude towards larger Birds of Prey, especially near their nest sites or within their territory.

They are exceptionally aggressive towards them; Common Buzzards, Red Kites and Marsh Harriers all get the same treatment it seems, even outside of the breeding season.
As far as I am aware from observations in London, they ignore Sparrowhawks and Kestrels, both species are slightly smaller, likely not seen as a threat, also both are prey species.

Due to their increased density all over the UK, great to see, Common Buzzards come into contact with peregrines far more, from my monitoring it seems the reaction is always the same.
There generally ignored but watched, if there too high to go up after, but lower down is a different matter.

I was at a site recently when 2 Common Buzzards entered a peregrine territory; both were at a height that was obviously too low, this was born out straight away when a Crow found one of them.
The 1st Buzzard lazily thermaled whilst the Crow mobbed it, basically ignoring it and not needing to defend itself, the Crow I suspect is seen as an ‘occupational hazard’, they mob many birds. 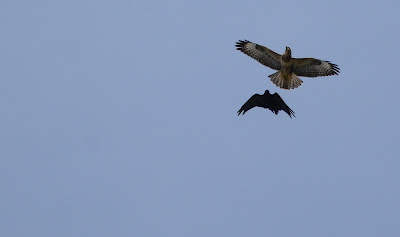 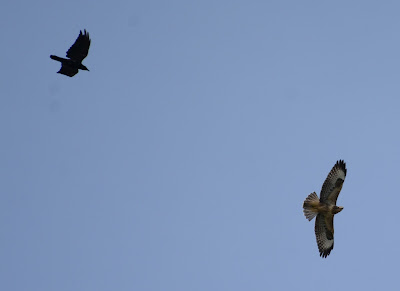 Shortly after, the Crow gave up after presumably edging the Buzzard out of its territory. The Buzzard unfortunately then drifted into the peregrines territory, the adult Falcon located it, it was having a bad day.

Reaction from the Buzzard then changed dramatically as the Falcon repeatedly dived on it and forced it to defend itself by flicking over ‘and presenting talons’.
This went on for about 2- 3 minutes with the Buzzard getting lower and lower, unable to thermal and gain height, I eventually lost them to view with the Buzzard very low and still trying to get away.

5 minutes after this I then picked up the 2nd Buzzard, higher but straight away another peregrine had found it, however this time it was a juvenile female.
It seems the natural aggression towards larger birds of prey is genetic and inbuilt; this juv female was giving the Buzzard a torrid time.

The same tactics were again used, diving, casting back up and then diving again and so on. Quite obviously it looks as if they are trying to hit a wing or the head.

Again this attack was sustained and eventually lost to view also. 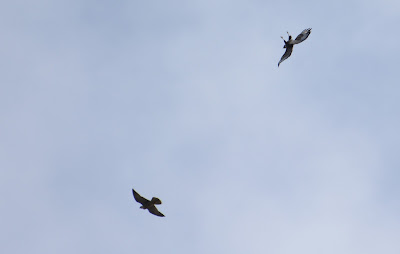 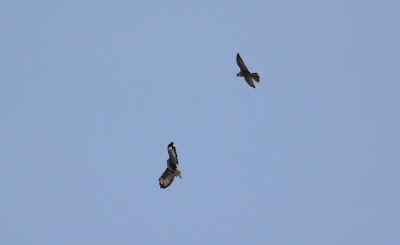 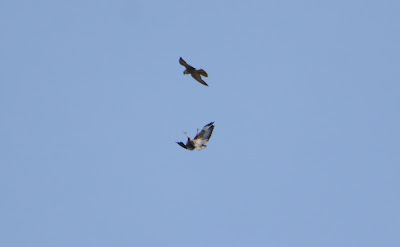 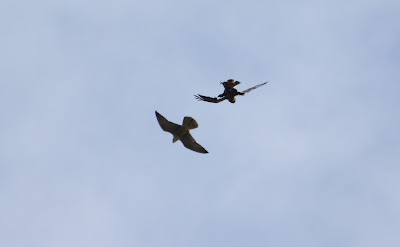 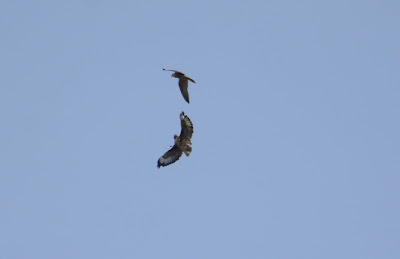 It’s no surprise that at a site in the West Country, Peregrines have accounted for no less than 15 Common Buzzards over the years; it was even featured on the One Show. 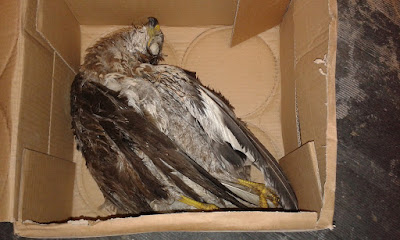 For me, only this year I retrieved the dead Common Buzzard above at a peregrine nest site in London, it met its unfortunate end sadly after getting too close.