I had the chance on the above date to try and catch up with the adults and there 3 juveniles, weather was not great it has to be said.

All kept their distance but I got a few shots. 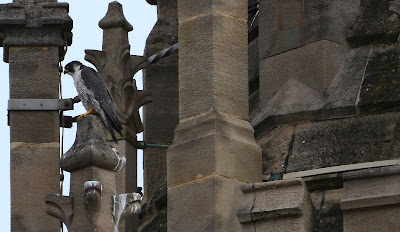 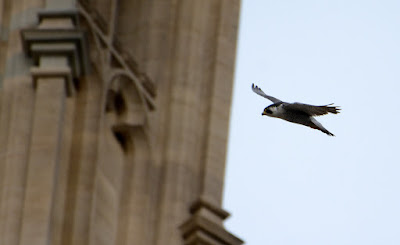 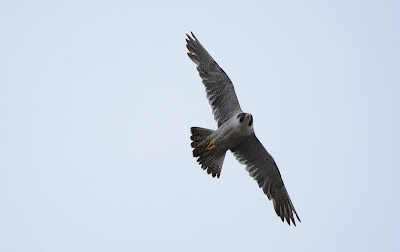 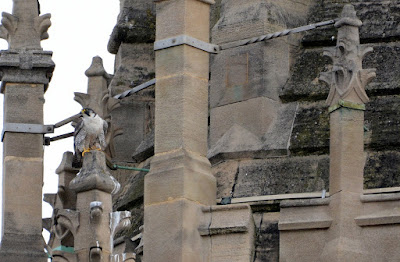 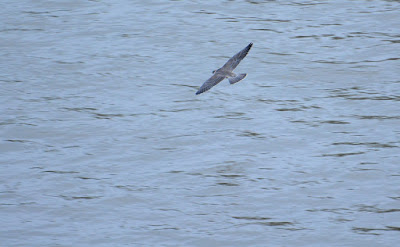 Now in their 2nd year of breeding at Parliament and in particular on Victoria Tower, they have again fledged 3.

There previous nest site in Vauxhall, Keybridge House is being demolished, it may already have gone and is making way for the regeneration of the area, it served them well and produced a respectable 14 juveniles.

The nest box on Victoria Tower has been in situ for a number of years but the pair, with an established site on Keybridge at the time ignored the alternative box on Victoria Tower. It was only accepted in 2016 when the Vauxhall nest site was no longer available to them, it was touch and go for a while but in the end it was adopted glad to say.

On July 18th we also had a clean out of the balcony and nest box on Victoria Tower, as you would expect from feeding 3 juveniles, there was some interesting prey present.

Along with the many feral pigeons, there was also other species of note, these included Goldfinch, not surprisingly Ring Necked Parakeet, Starling, Blackbird and Dunnock.

The Lapwing was undoubtedly a passing overhead migrant be it night or day; however the Herring Gull feather, one of 6 similar present is very interesting.

Having had the feather identified, it is an immature bird, it is unusual prey for a peregrine in London, it is bigger, very aggressive and in short a right handful. It could well have started as territory defence if it flew too close and may have escalated into prey, after attacking and subduing it. Why go for risky prey when there is far more easier alternatives like feral pigeon?

I can only see the Falcon as being the only one capable of carrying the Gull, must have been quite a tussle, there is also the possibility of her going up and intercepting it nocturnally.

This brings me onto the Little Grebes; these move around at night mostly as they are such weak flyers and would suspect they have been taken nocturnally.

It’s likely they were either moving down the Thames/or they have been predated over nearby St.James Park in the dark.

It’s hard to imagine them flying high overhead in the dark but having said that I know Coots/Moorhen do this nocturnally, weak flyers also, I have recorded them as prey often, especially Moorhen, so why not high flying Little Grebes.

With the artificial light that London throws up and the peregrines incredible eyesight it’s likely that most every London pair is hunting nocturnally, it’s an exploitable food source and testament to the peregrines resilience and adaptability.
Posted by Dave Morrison at 22:20