Once the new glass lift to the top of the North West chimney is in situ, I would imagine the public will not only get incredible views of London, but also of the peregrines floating by.

We unfortunately lost one of the juveniles, much the same as in 2016, this is sad but normal and has happened on at least 5 of the sites that I monitor this year, fledging in an urban area is usually always a hazardous business I’m afraid.

The remaining 3 are now venturing further afield exploring the adults territory, it’s becoming harder to catch up with them on my visits, however I did get lucky on August 6th with all 3 very active. 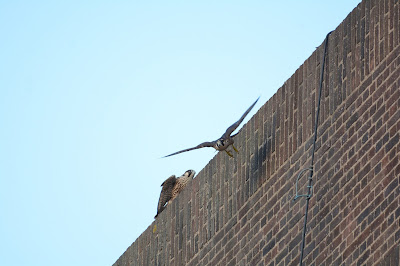 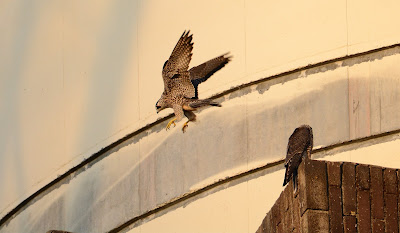