With a free morning I took the opportunity to catch up on the Patch, Rainham no less and decided to work the Stone Barges area in the hope of a new bird.

Starting off at the Barges at first light, the tide was just starting to drop but waders were evident and roosting, a good scan produced no less that 172 Redshank, a very good count. Going through them did not produce the hoped for Turnstone but 2 Oystercatchers were new for the year and upped the patch list to 86.

As they started to leave a single Common Sandpiper went with them briefly before heading for some rocks, another new bird no less and pushed the bar up to 87.

On a roll I headed down towards the Green Factory, eventually after passing it once and then retracing my steps I got the bird I was looking for – Water Pipit.
Pretty brief views but quite unmistakable, a very pale bird, large pale long supercillium and good white outer tail feathers.

I suspect it is the same bird that Paul saw recently as it wasn’t far off the same area.

Now up to 88 I retraced my steps back to the Barges looking for Grey Wagtail, no luck but did have 2 Rock Pipits and the Oystercatchers were now up to 3.

I also found myself looking through the Gulls, how it happened I don’t know, Gulls have never floated my boat as the saying goes, I put it down to a momentary lapse in concentration and judgement imagining they were Birds of Prey.

Calling it a day, the weather was naff so no photographs, I moved on stopping on the way back at the Ingrebourne Valley, looking for the 3 White fronted Geese.


These failed to materialise but instead a quick scan produced a pair of Red Crested Pochards, year tick no 70, very likely I suspect ,similar to the White Fronts, annually returning birds.
Standing there watching them and a pair of Goosanders (71) flew over and landed, managed to get a few record shots of both pairs before heading for home, a very good morning.

2 new birds for the year and if I recall correctly neither seen last year, the memory is not what it was so could be wrong on the RCP’s. 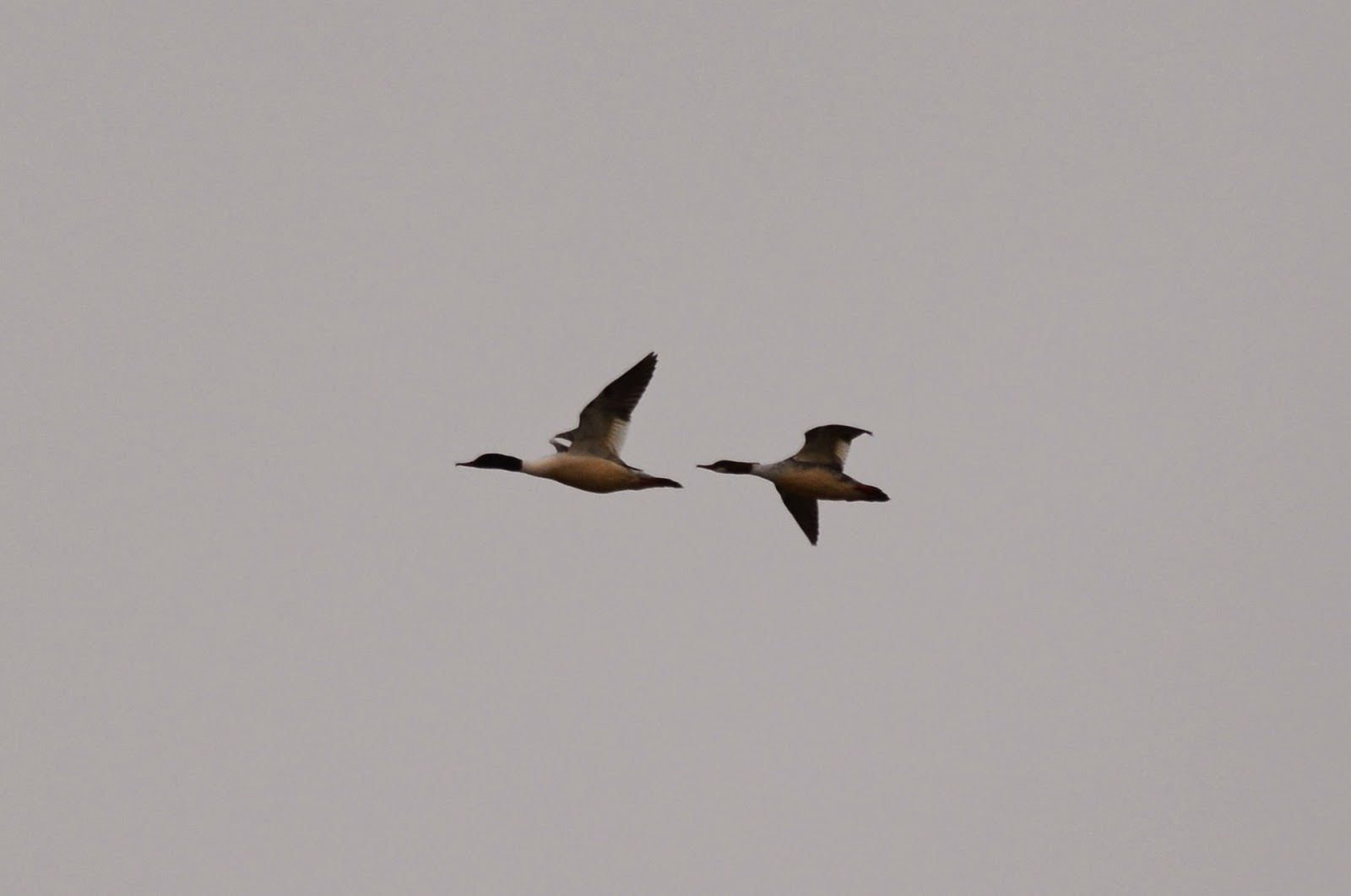 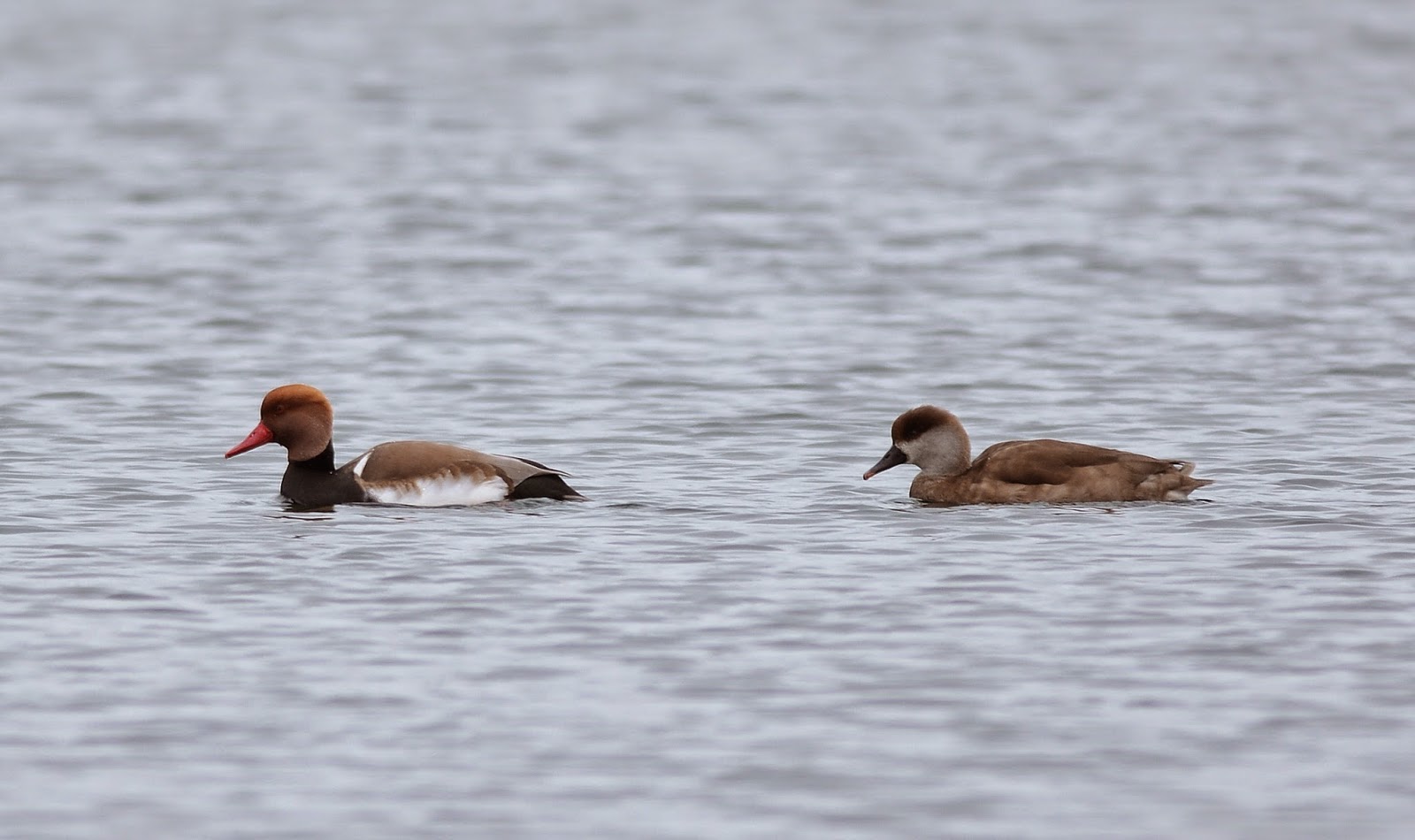 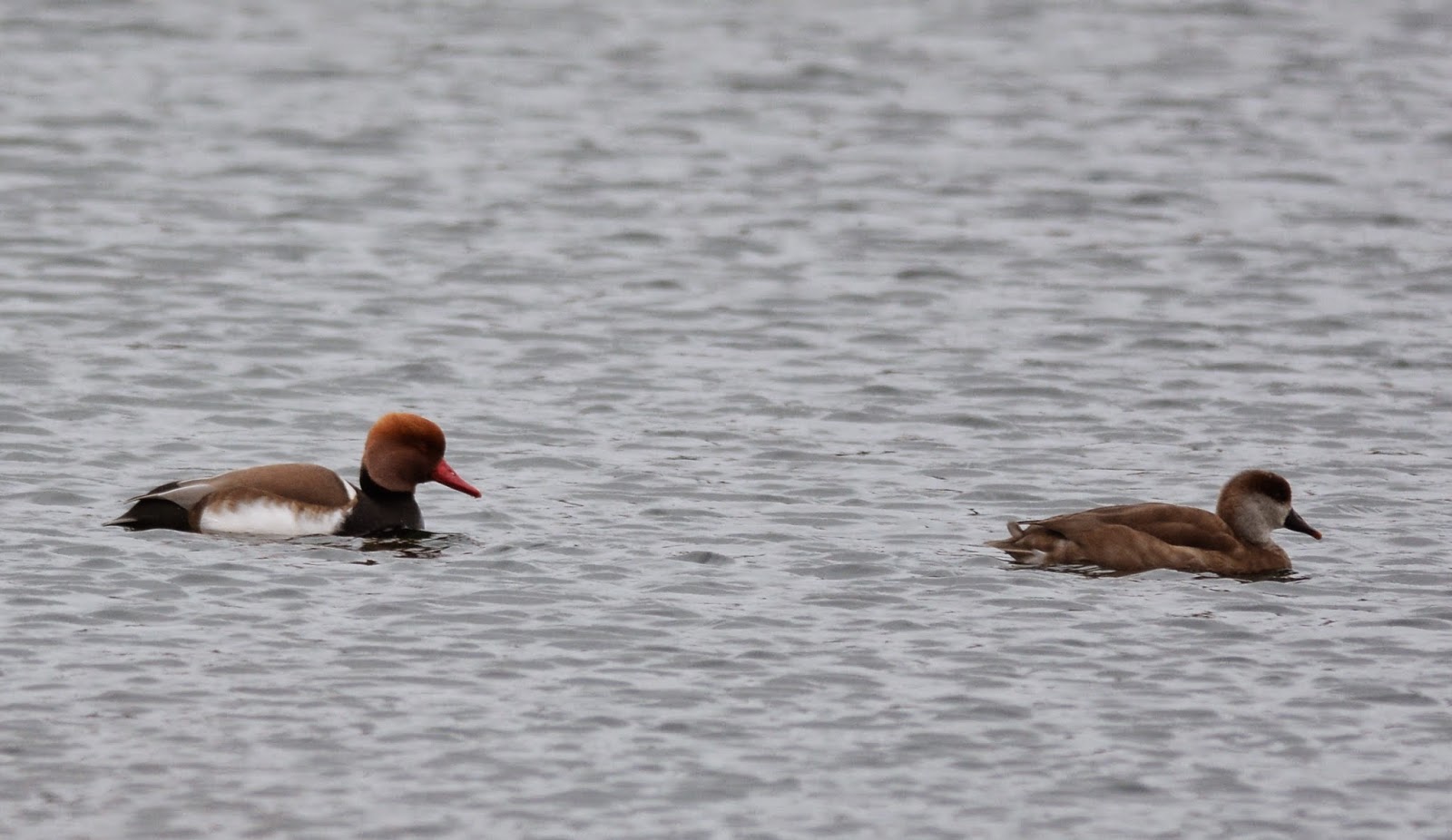 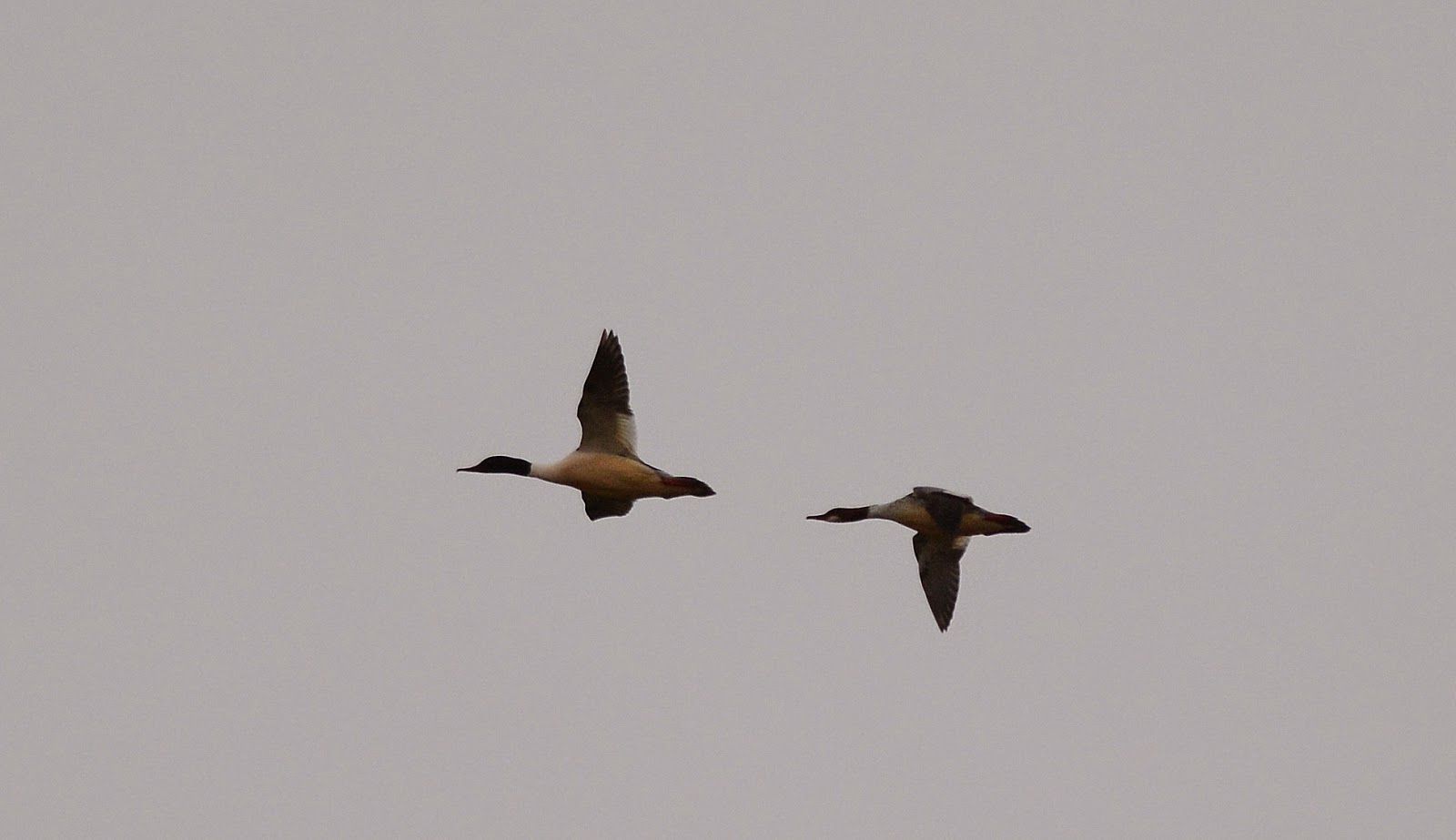 With Spring approaching and March only days away, thoughts are now turning to the 1st spring migrants, this time next month, Willow Warbler, Wheatear, Little Ringed Plover and Sand Martin could all be in from Africa.

Hopefully they will bring with them the warmer weather, had enough of the cold and grey skies.
Since I packed up Steelfixing I seem to feel the cold more, getting soft.