With a survey starting just before 11.00am on the Hoo Peninsula, my plan of action for the morning was to try and intercept the 3 White fronted Geese that have recently taken up there winter residence in the Valley.

Odds on it is the same returning 3 birds which have wintered in the Valley for the last 4 years, and no doubt, one and the same that briefly graced Rainham RSPB a week or so ago.
I had already seen them distantly a few days back, but was hoping to be able to get a photo or two. Part of the plan worked when I located them with Greylags, but as for the photos they were having none of it, I settled for a few distant ones and just enjoyed watching them. 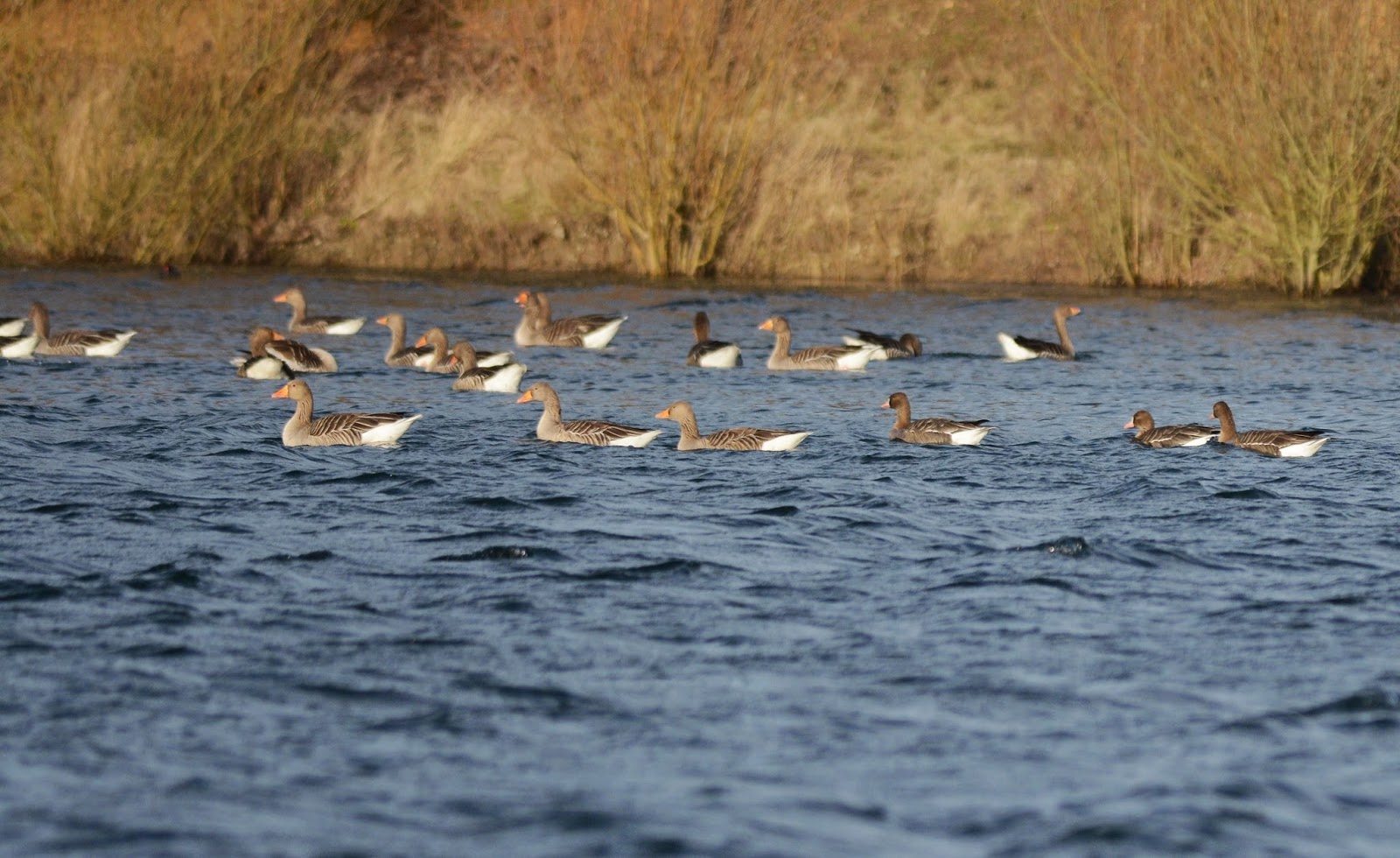 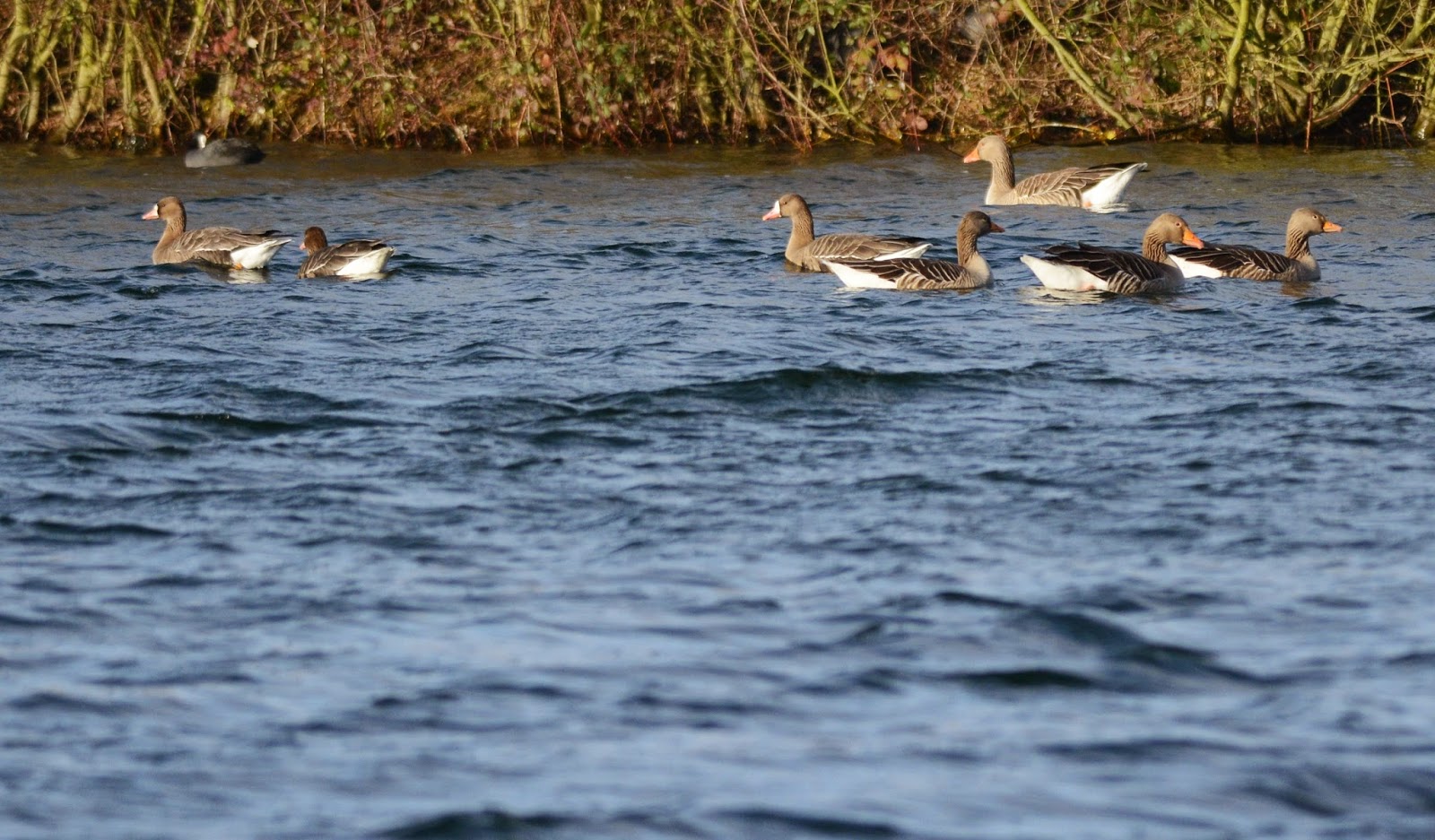 Next stop was Hoo; a high tide survey no less, on arrival virtually the first birds seen was a large flock of Dark Bellied Brent Geese. However the floodings were absolutely full of roosting waders and wildfowl.

The peregrine pair were significant in there absence, no doubt like many others now had gone to their nest site and were now territorial.

Marsh Harriers however were pretty abundant as usual, and despite the chill, some signs were there of Spring with solitary male Lapwings already claiming flooded areas of fields.

The Dark Bellied Brent Geese however were what caught my attention on the survey, more noticeably the large numbers; I could see around 200 birds with probably 400 or so out on the Thames.
I don’t usually get them up my end so the habitat enhancements are obviously to their liking, all were scanned in the hope of a Pale Bellied or even a Black Brant, none seen but as with the earlier White Fronts good to watch. 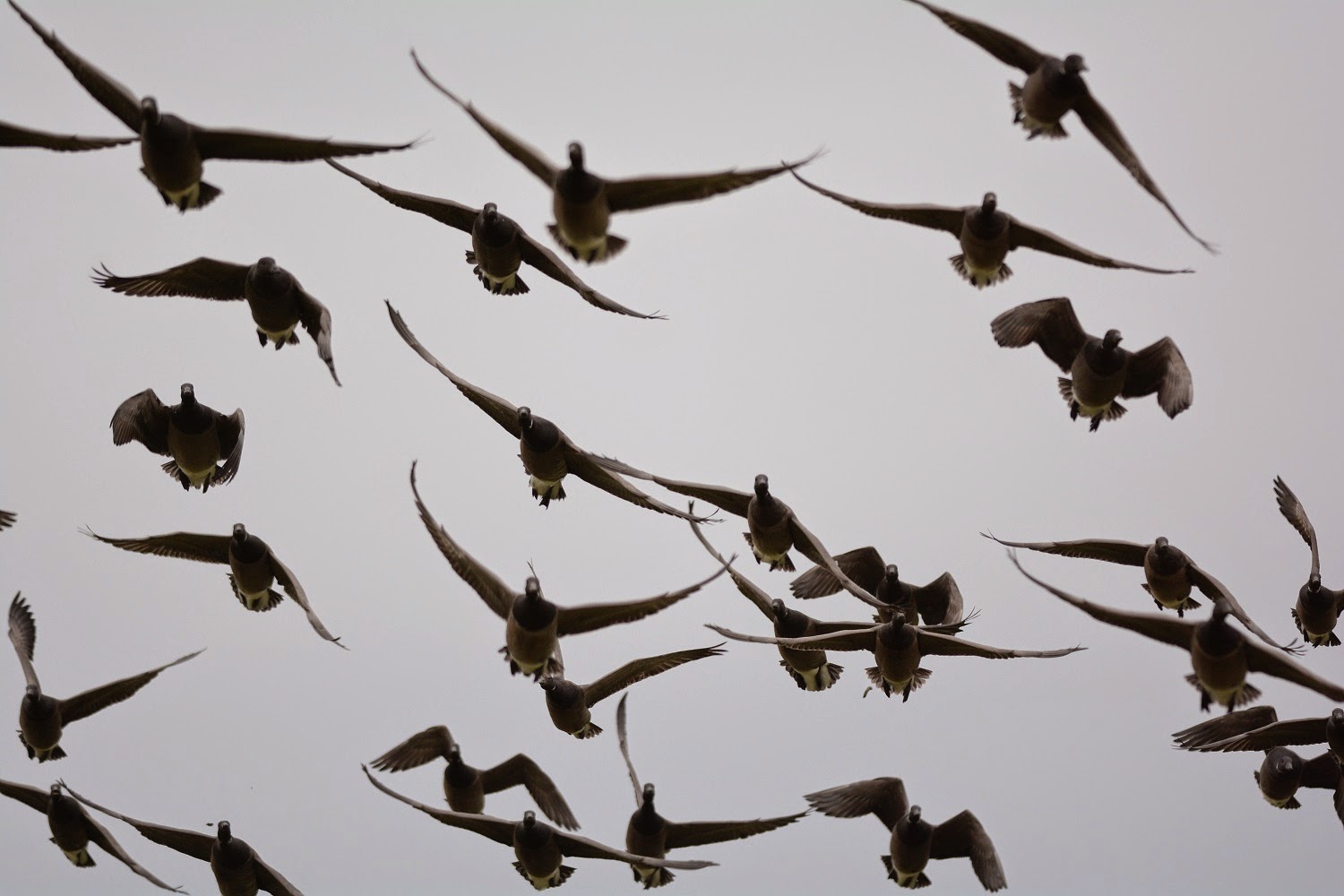 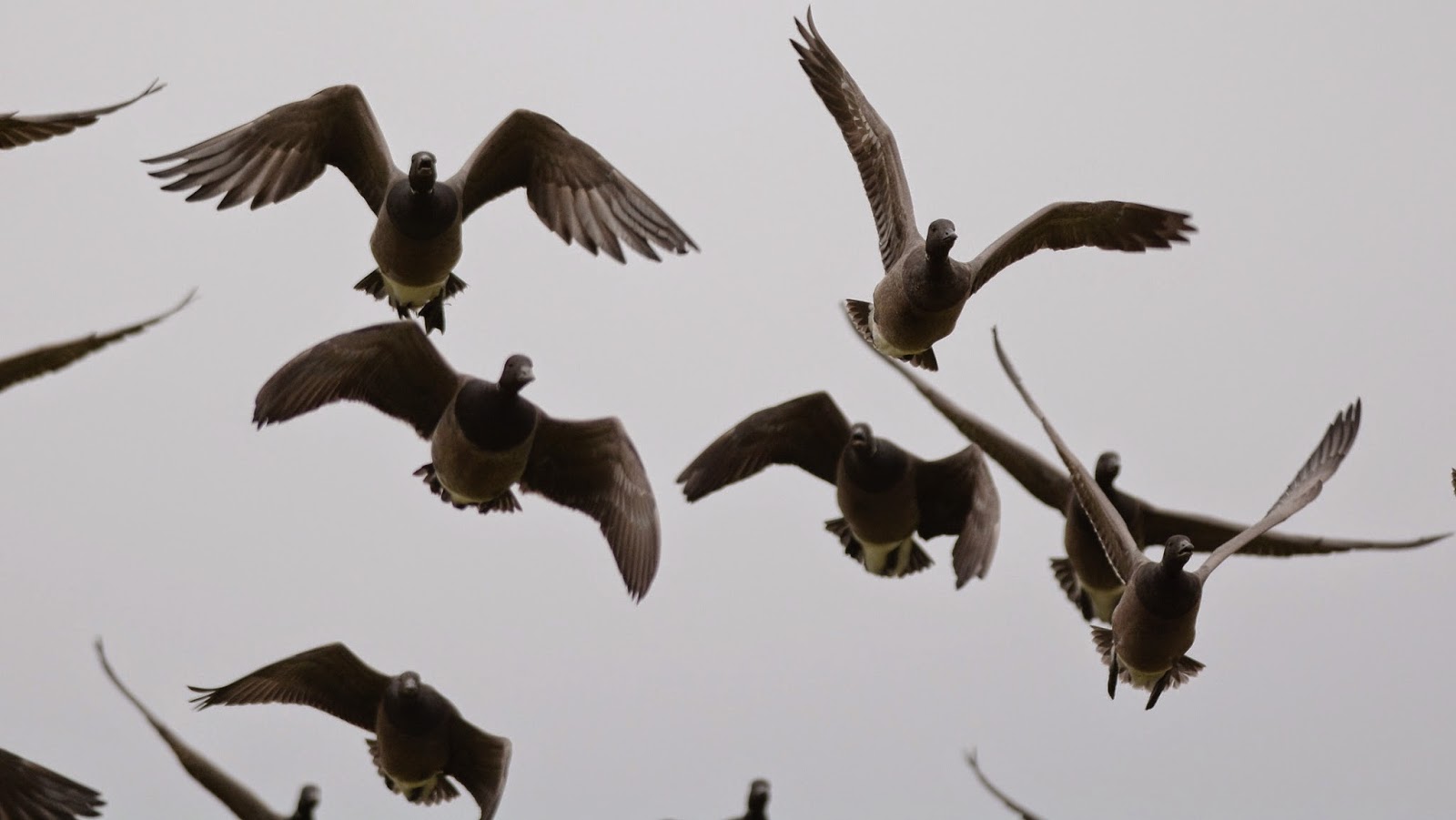 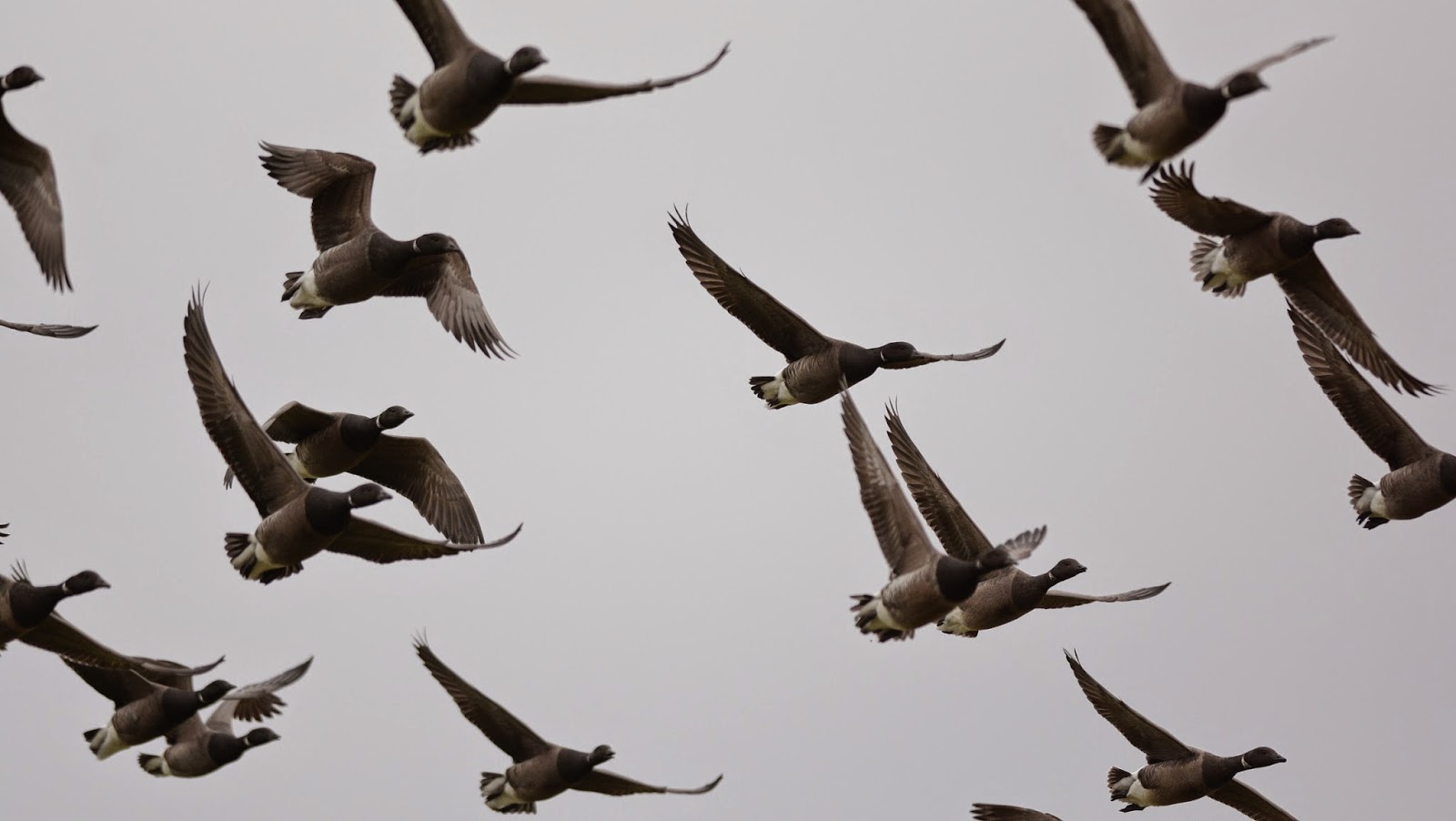 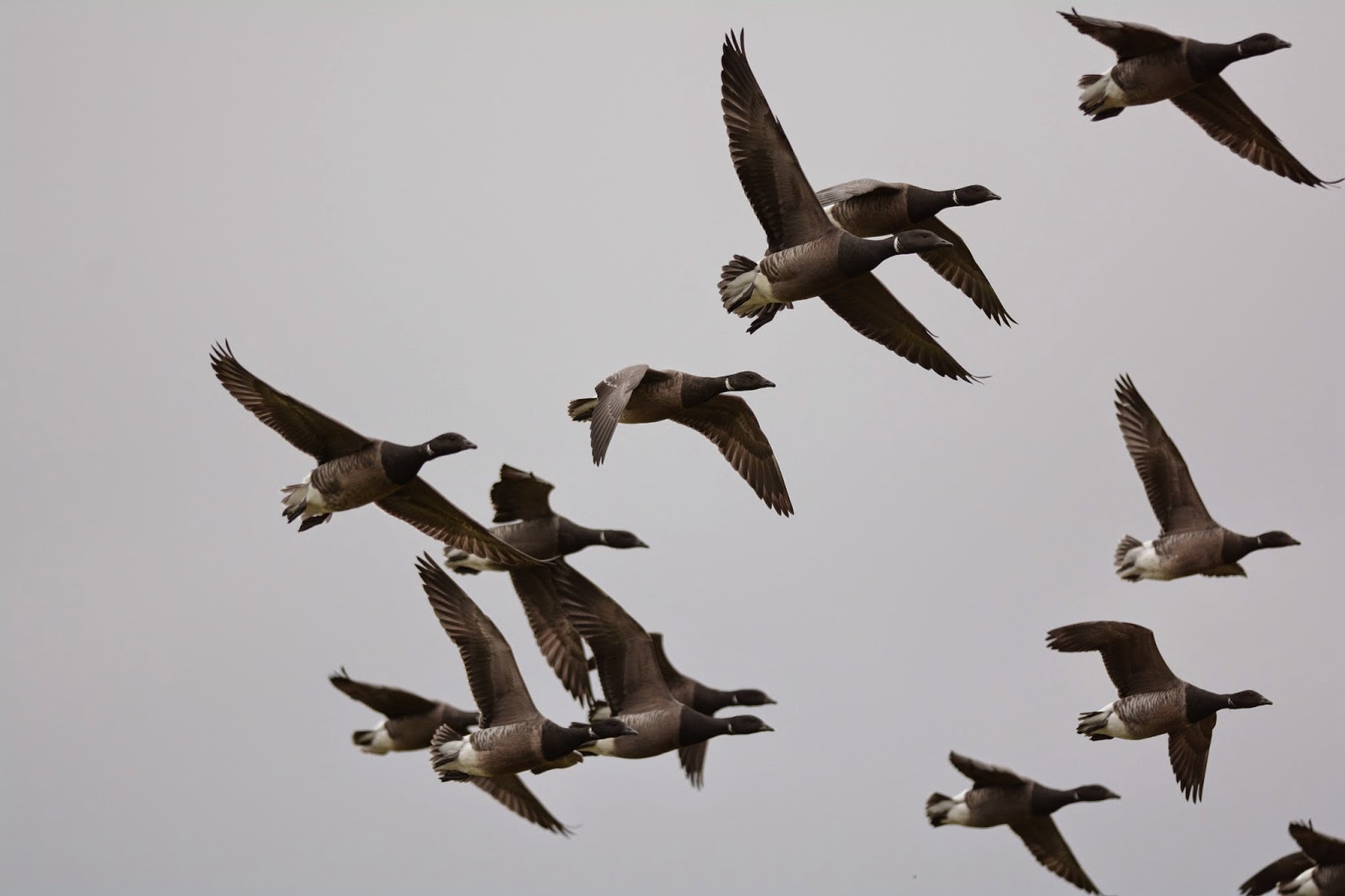 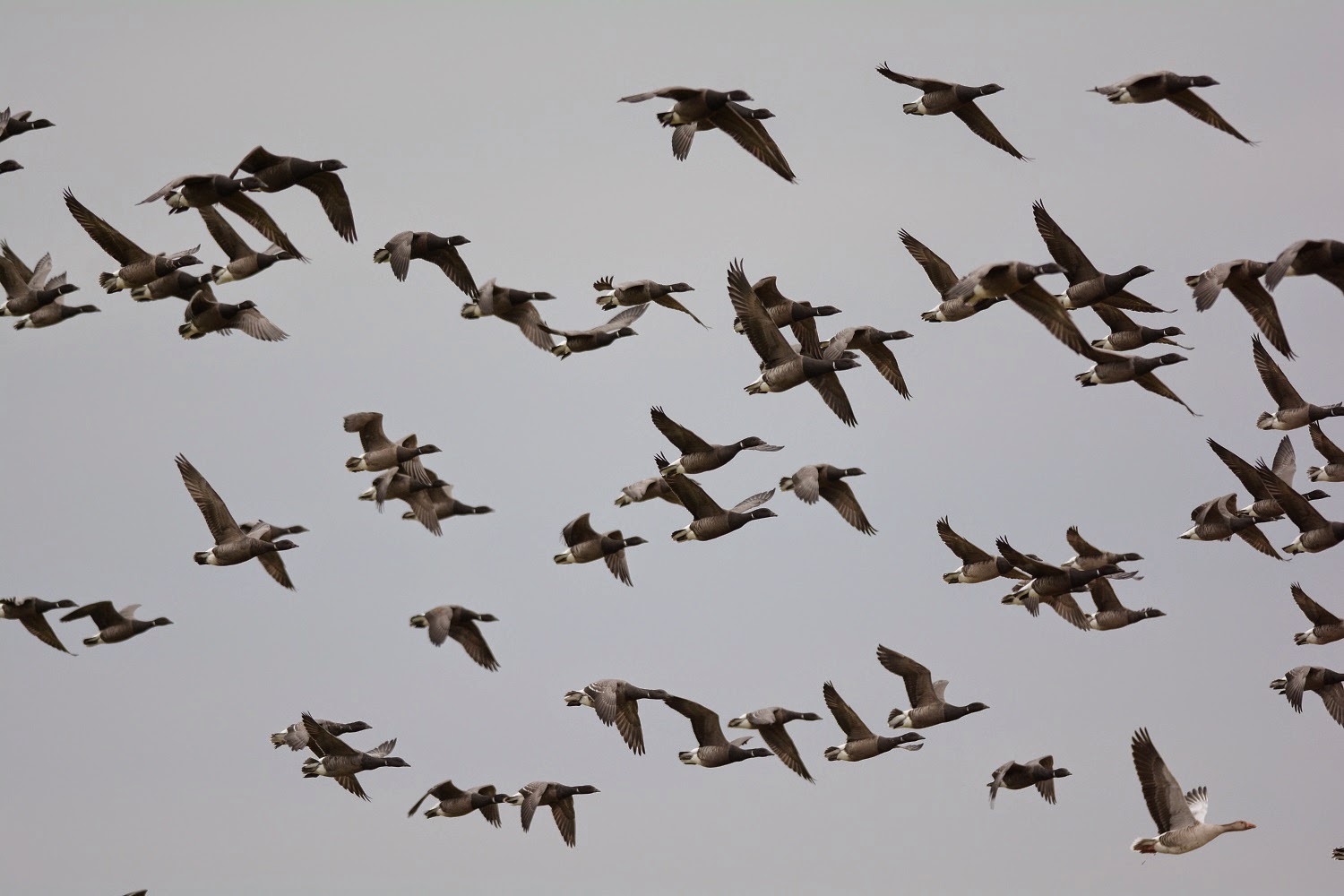 The sight, sound and spectacle of a wild Goose flock does stir you, I’m not quite into poetry yet but when they passed low over my head it does put an enormous smile on your face.

Norfolk is calling for the Pinkies…..