Good weather greeted me as I headed into Kent for the 2nd survey of the month, cloudy but unbelievably mild for this time of year with 14 degrees showing at 8.00am.

The anticipated drive out to the starting point, over a mile, produced a number of good birds, the pick of which had to be a high distant skein of Geese going west. Smaller than Greylags with a faster wing beat they were way up and in a perfect V.
I managed to stop the car and eventually got the scope on them, even then very distant, they weren’t Brent’s quite obviously due to colour but would put them down as Pinkies or Whitefronts. You can’t identify them all, for all I know they could have been Beans, extremely unlikely I know.

Other birds seen going out were 4 Brambling in with Chaffinch, 2 Marsh Harriers and 2 Common Buzzards, a good start.

Came across these in one of the Fleets, suspect Carp, surely too early for spawning?

About an hour into the survey it was quite obvious that both Starlings and Dark Bellied Brent’s were on the move west, Starlings were coming through in 50+ strong flocks, however I then witnessed a ‘mugging’ of a Common Buzzard.
I actually heard it before I saw it, the agitated stress/alarm call of a Peregrine is quite unmistakable, it was a pair and they were both attacking a Common Buzzard. I have seen both species over here on numerous occasions, they have the odd talon’s up and then they usually go on their way. Out here with no nest site or territory to protect and nearly into November, they were going at the Buzzard hammer and tongs, repeatedly diving on it, wisely it turned over every time and offered talons.

However it was losing height and in the end the Tiercel clipped it and they forced it down into some long grass, both peregrines then retired to a 5 bar gate nearby and sat watching it, one or both still calling.
I was a bit mystified as to the sustained level of aggression in the concerted attack, dealing with peregrines I have seen them go up after Buzzards before but it’s always been at a nest site. I can’t see a Buzzard trying to take their prey unless they just took offence for some reason and saw it as competition for food.

Marsh Harriers are far more numerous over here and they more or less ignore them, the odd dust up but nothing like the aggression that was directed at the Buzzard, I suspect started by the female peregrine.
Having said all that it is Peregrines, unpredictability and aggression seems to go hand in hand.

Carrying on, all this was seen through Bin’s, I eventually reached the sea wall, it was low tide and it was just on the turn.
Over the next 1 ½ I had some good birds, some movement up river was noted by Black Tailed Godwits, Grey Plover and Knot.

Pick of the birds seen though were 3 Red Breasted Mergansers sitting on the river coming in with the tide, 3 Great Skuas going west way up in a bright sky and 26 Pintail sitting on the river preening. A good number of the Pintail were preening so it could be that they were fresh in having flown a ways.

The Skuas being way up had me going, they seemed a bit taily and I was leaning towards Pom’s, length of tail seemed a little too long for Great’s, in the end though I settled for Bonxies. 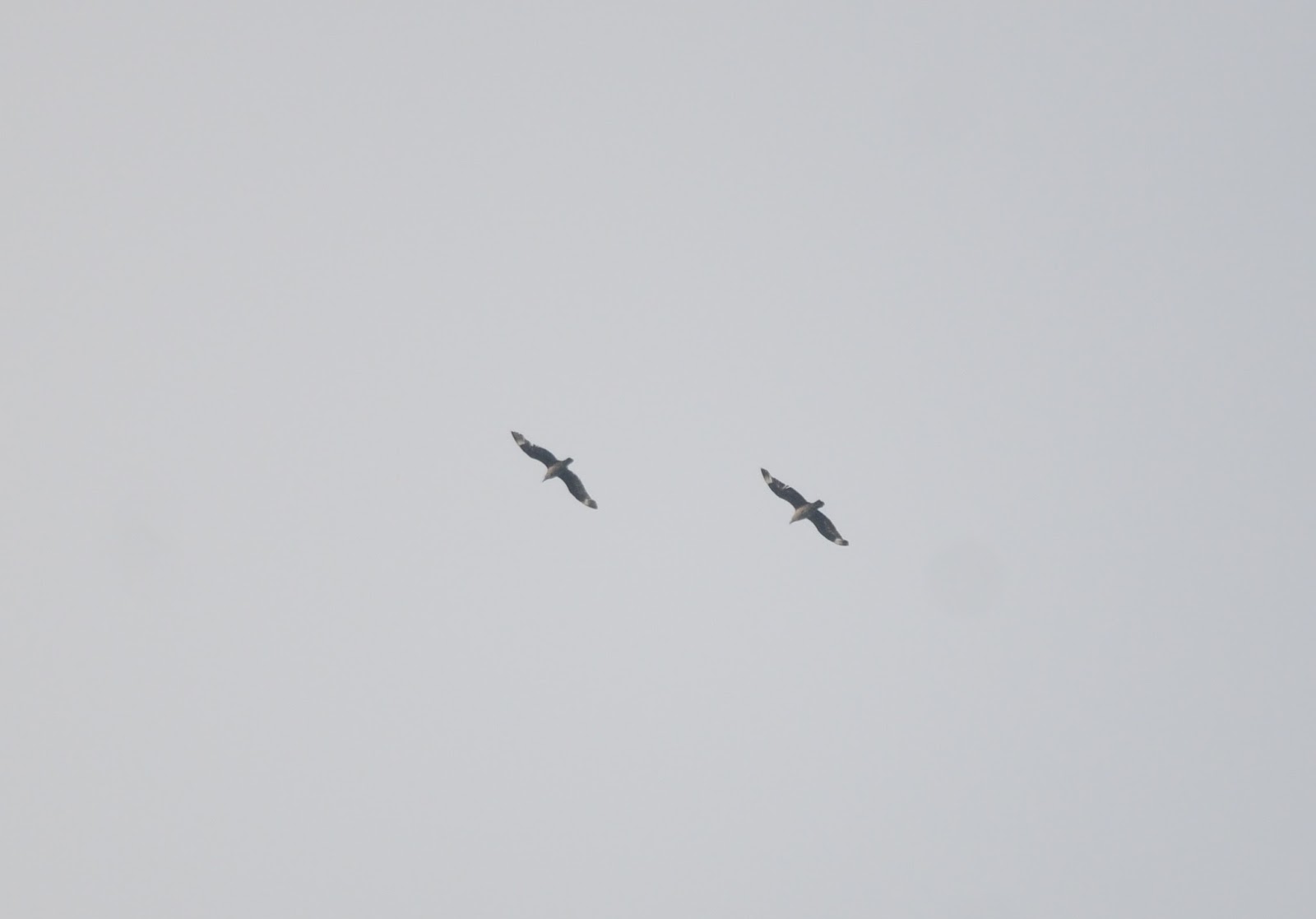 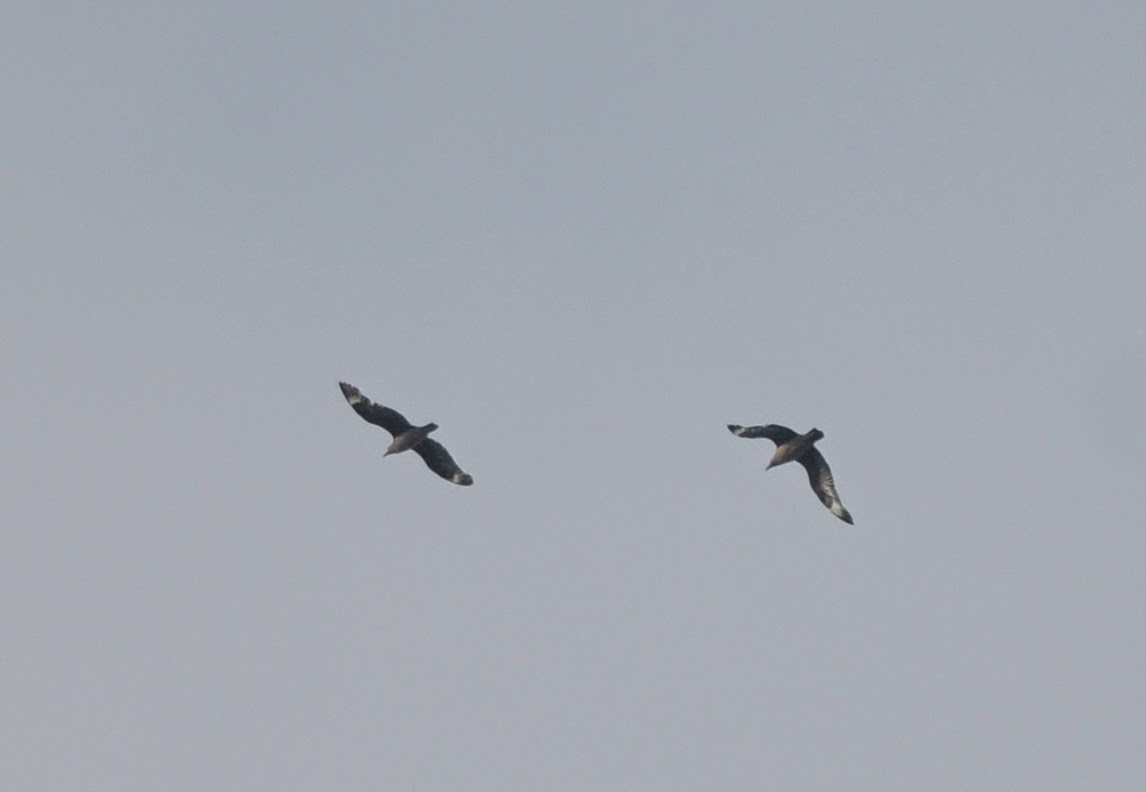 Dark Bellied Brent Geese reached over 200 birds with various flocks seen during the course of the morning, both inland and up the river, all were going west and were no doubt part of a larger movement, I understand that 29,000 passed Frinton.

An enjoyable and interesting survey, nearly November and Skylarks were singing overhead, crazy!