With all the goodies coming up on the 8th, 100 Sooty Shearwaters no less, I was down there at the crack of dawn sea watching from 7.15a.m.

As I passed the Arc Pits in semi darkness I could already see that the wind was strong, unbelievably a Barn Owl was quartering the side of the road no doubt heading for it's roost, in that wind it had little chance of hunting.

Although very windy, it soon became very bright which was not ideal; I gathered from a local fisherman that the previous day’s conditions were pretty overcast and stormy.

You can’t win them all but I persevered even as the light got brighter and the sun and the glare came out.
2 hours of solid sea watching until 9.10am produced the following:


Of them all the Sooty stands out just wished it was a bit closer, despite a strong south westerly not much came in close, must have seen my camera waiting for them. 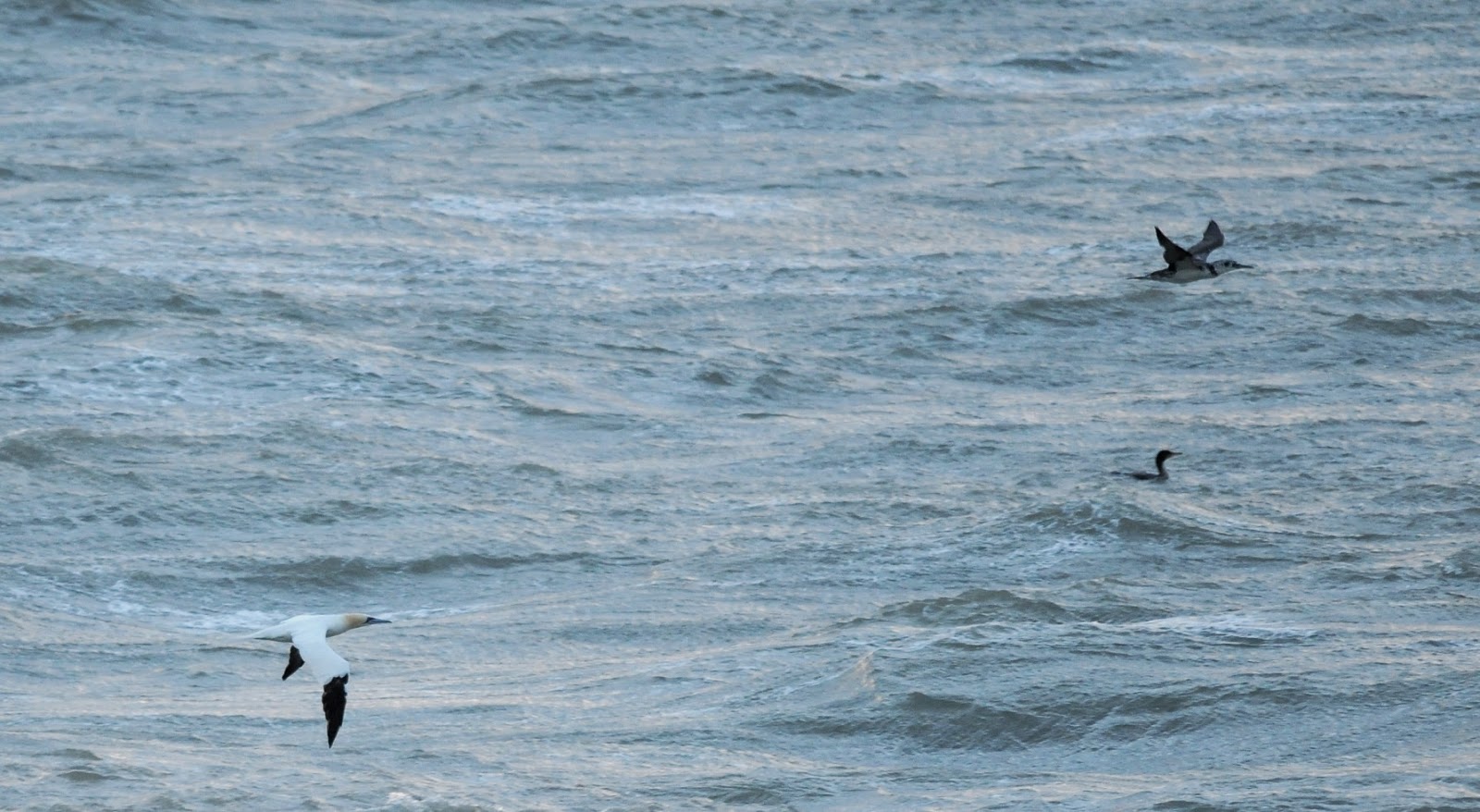 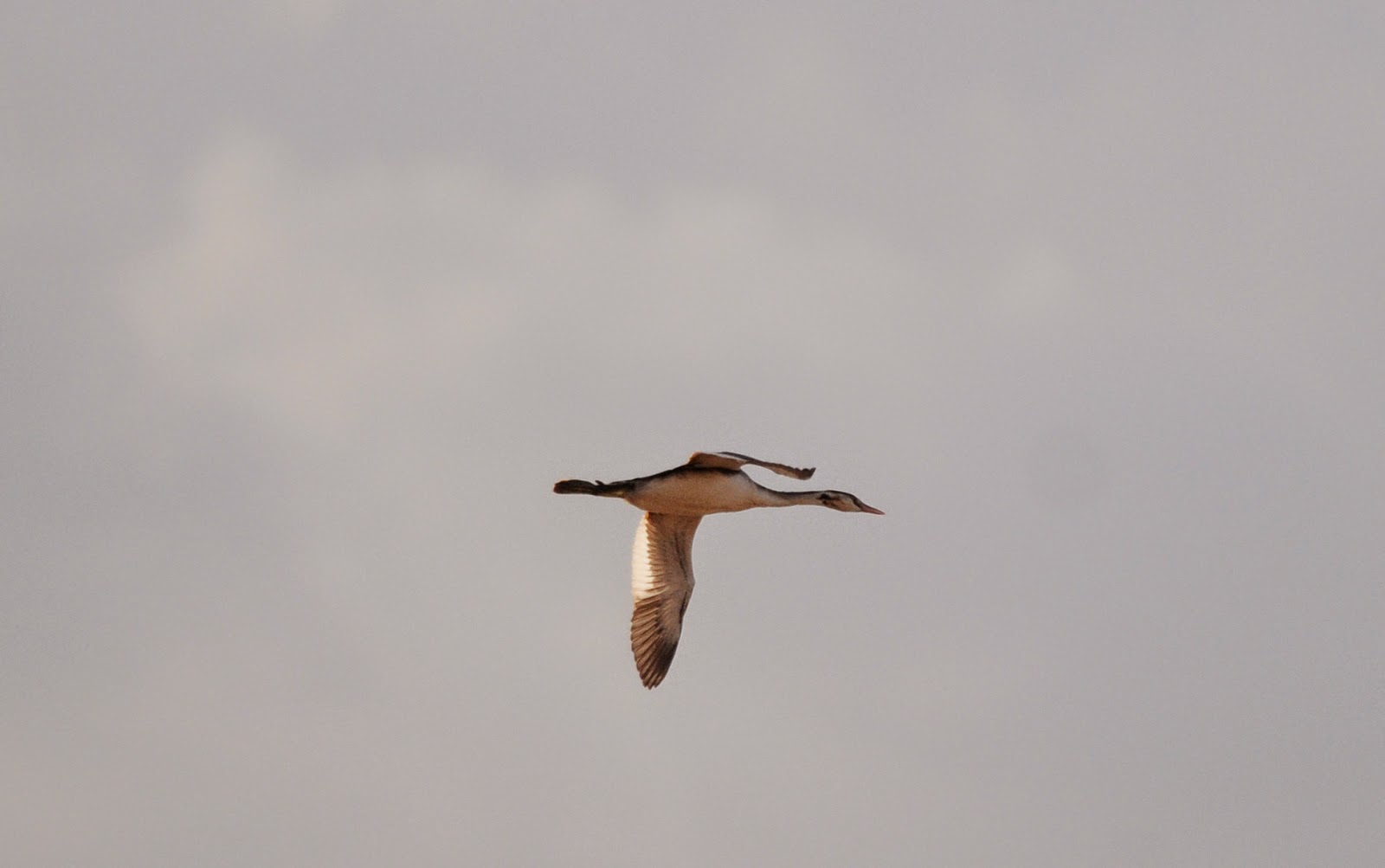 From here I headed off to the Arc Pits for a Gander, I firstly picked up the Great White Egret from the side of the road before moving onto the Hide.

4 Pintail and Little Egret added for a nice variety of birds.

Previous to this I met a chap who told me of the location of the Cattle Egret, so after this I headed for this site; the Egret could be viewed from the entrance track of the RSPB Reserve. As you go past the entrance house with the Tree Sparrow nest boxes, there are some Cattle immediately on the right, the Egret was in with these.

Saying that it took quite a while to see it and it is elusive, it took me ¾ before I saw its head and neck and that was the best I got.

However I had seen, all within ½ a mile of each other, Great White, Little and Cattle Egrets in the morning, of course a first and very welcome.

I wonder if both the rarer Egrets will become as successful and relatively common as Little Egret’s are today, let’s hope so.

A good morning seeing the 3 Egrets, the sea watching did not quite live up to expectations but no complaints with what I did see.