My last visit was for the Glaucous Gull, it’s still being seen often so headed down there pretty early with a set plan for the morning – Arc/New Diggings onto sea watch and then finish up at Rye Harbour.

Arriving at New Diggings I scanned around for the Black Throated Diver and perhaps a Great White Egret, none of these failed to materialise but instead found a summer plumed Black Necked Grebe, e great start. Not sure if the bird has been seen previously and as far as I know not a breeding site so put the news out, grabbed a couple of photos (the weather was absolutely foul). 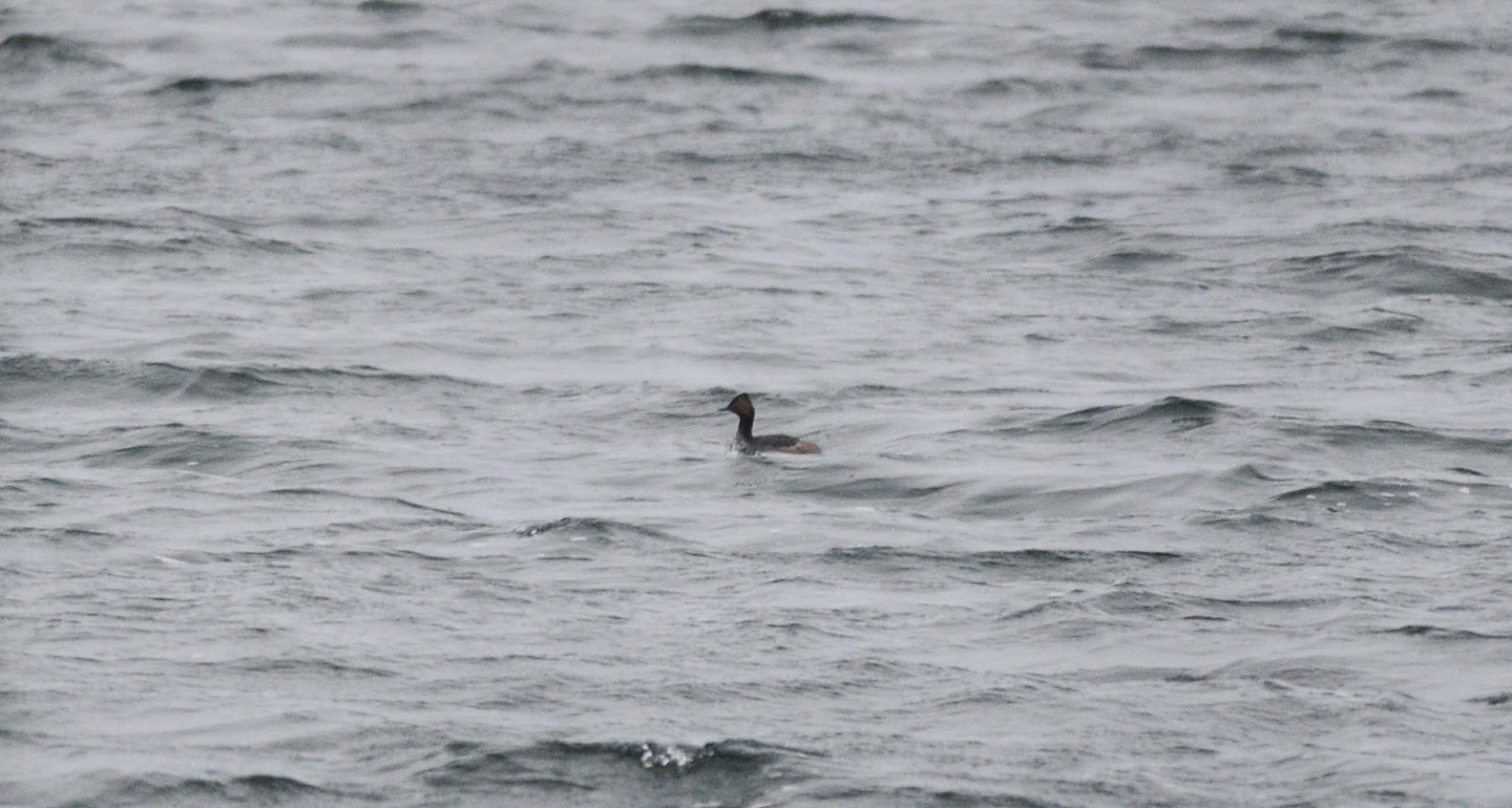 Wildfowl had thinned out as well and with the weather no migrants seemed to be present so moved onto the beach.

Land based birds included up to 4 Wheatears, 2 Corn Buntings, a single Swallow and a male Sparrowhawk.
All the time I was looking for the Glaucous Gull but failed to show, I understood that it showed again later that afternoon.

﻿
Harbour Porpoises were seemingly everywhere and at times feeding very close to the shoreline.


Moving on I headed straight to Rye, quite obvious as I walked out that Sandwich Terns were present in numbers, up high calling and displaying, the weather unfortunately was still very overcast and drizzly, not ideal for photos.
I spent an hour or 2 at the Reserve, there must have been at least 130 odd Sandwich Terns present but there was so much coming and going to the sea it could easily have been double that number.
This proved correct as I scanned the shoreline on the sea, 2 flocks were present numbering around a 100 birds.
Also on the beach were 2 Curlew and 4 Bar Tailed Godwits, scanning the shingle ridges produced 4 Ringed Plovers. 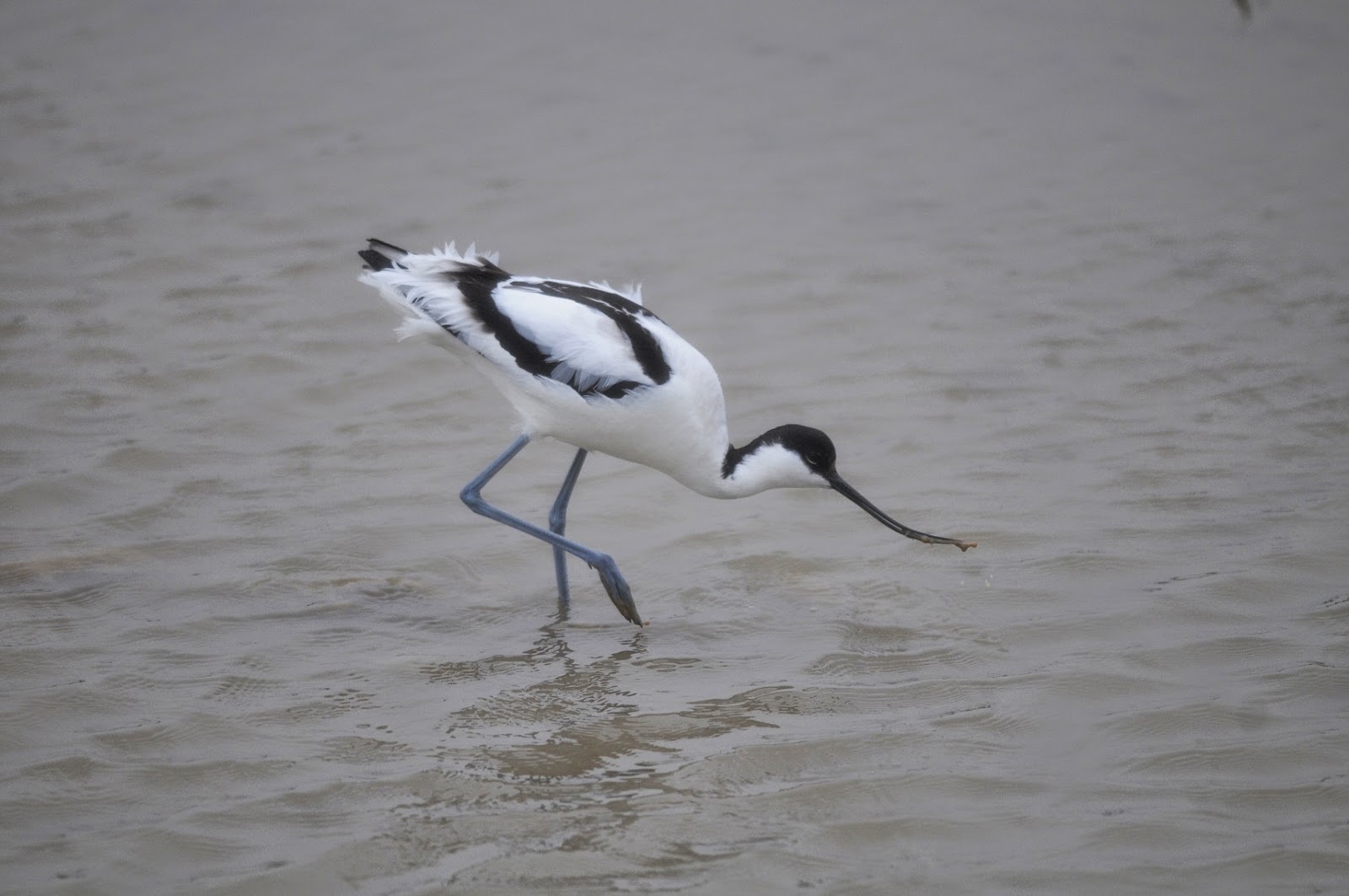 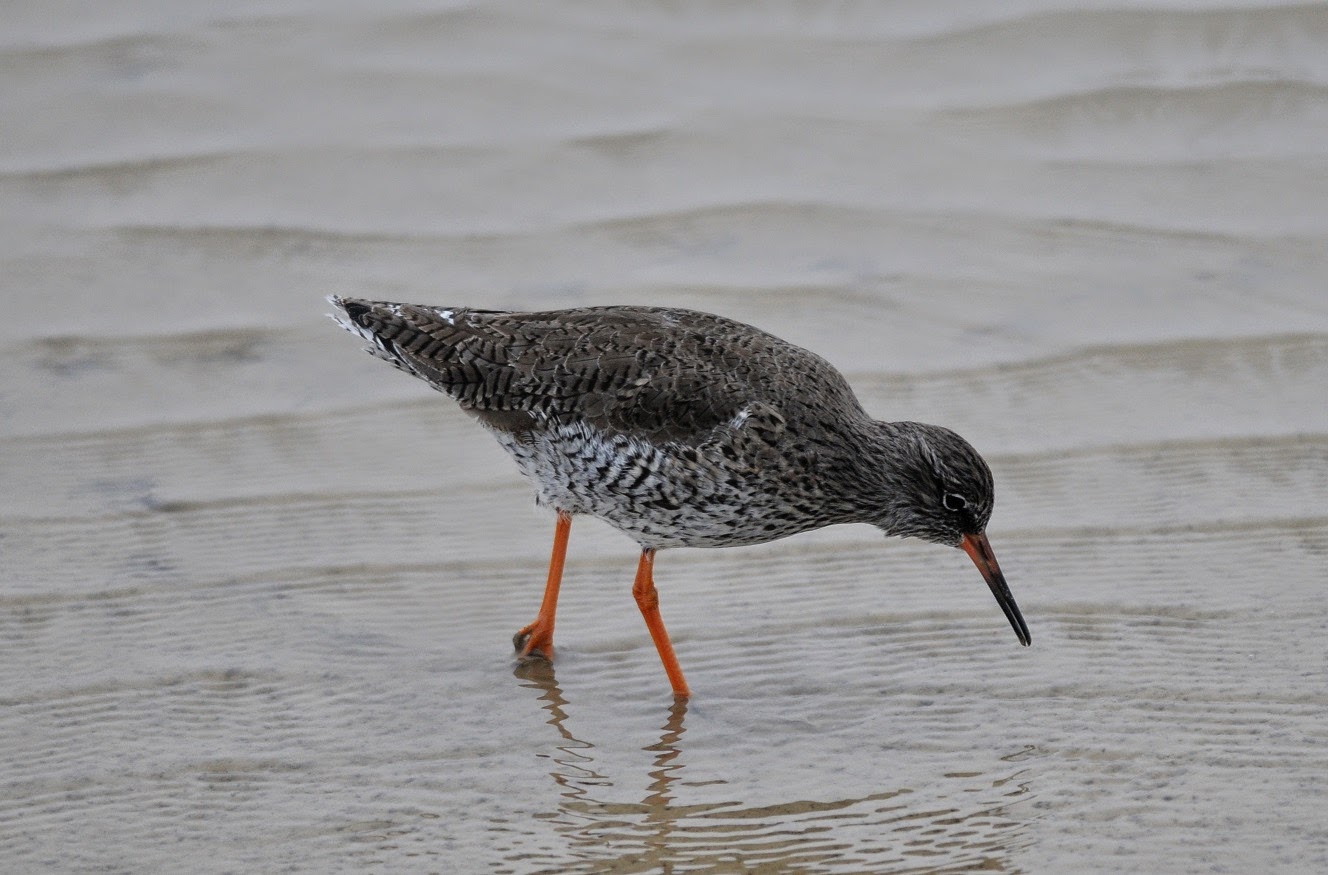 I then decided to try and get a few flight shots of the Terns, not ideal conditions but a good chance to drive myself nuts on the challenge of the settings and getting it right. 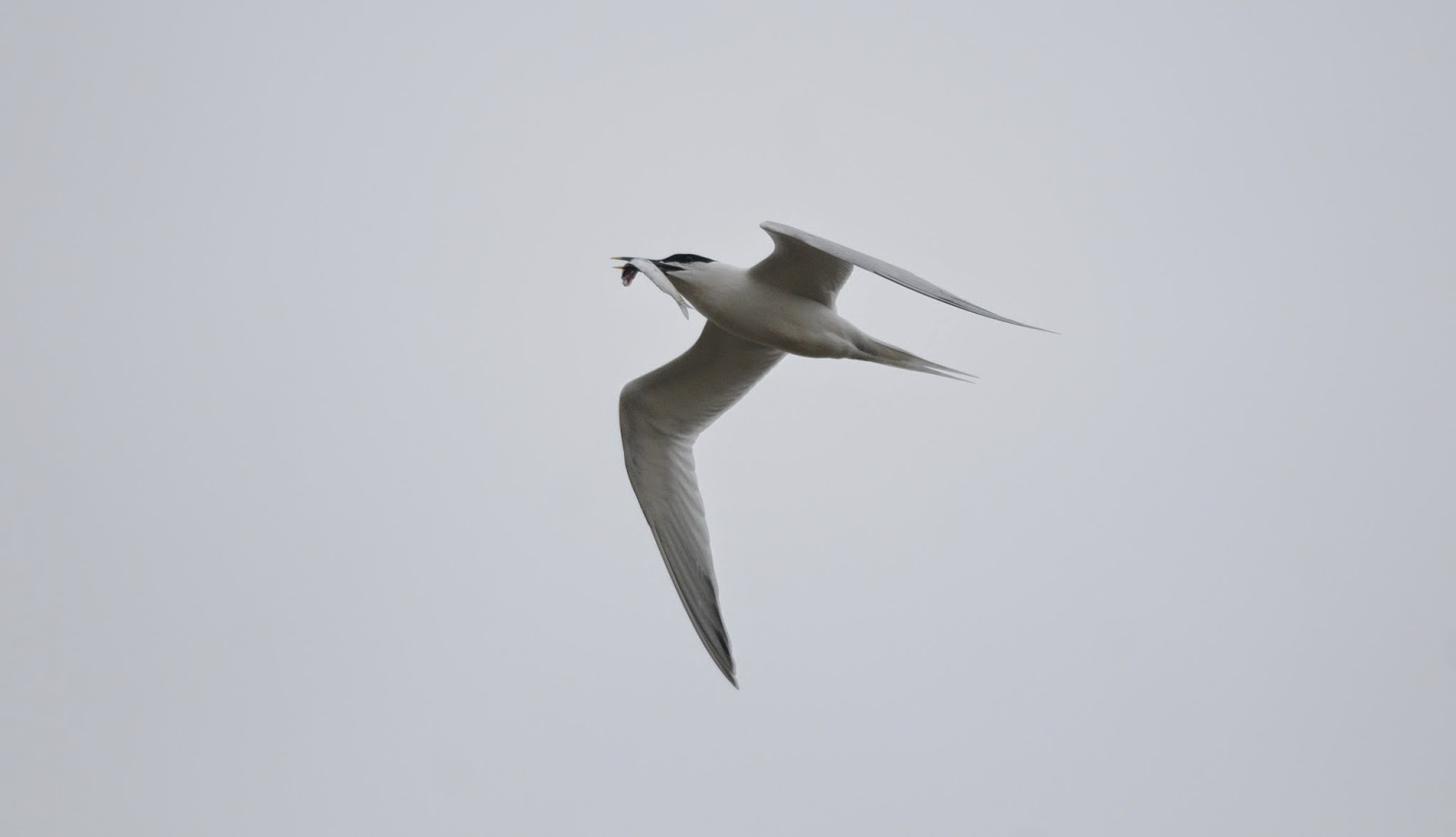 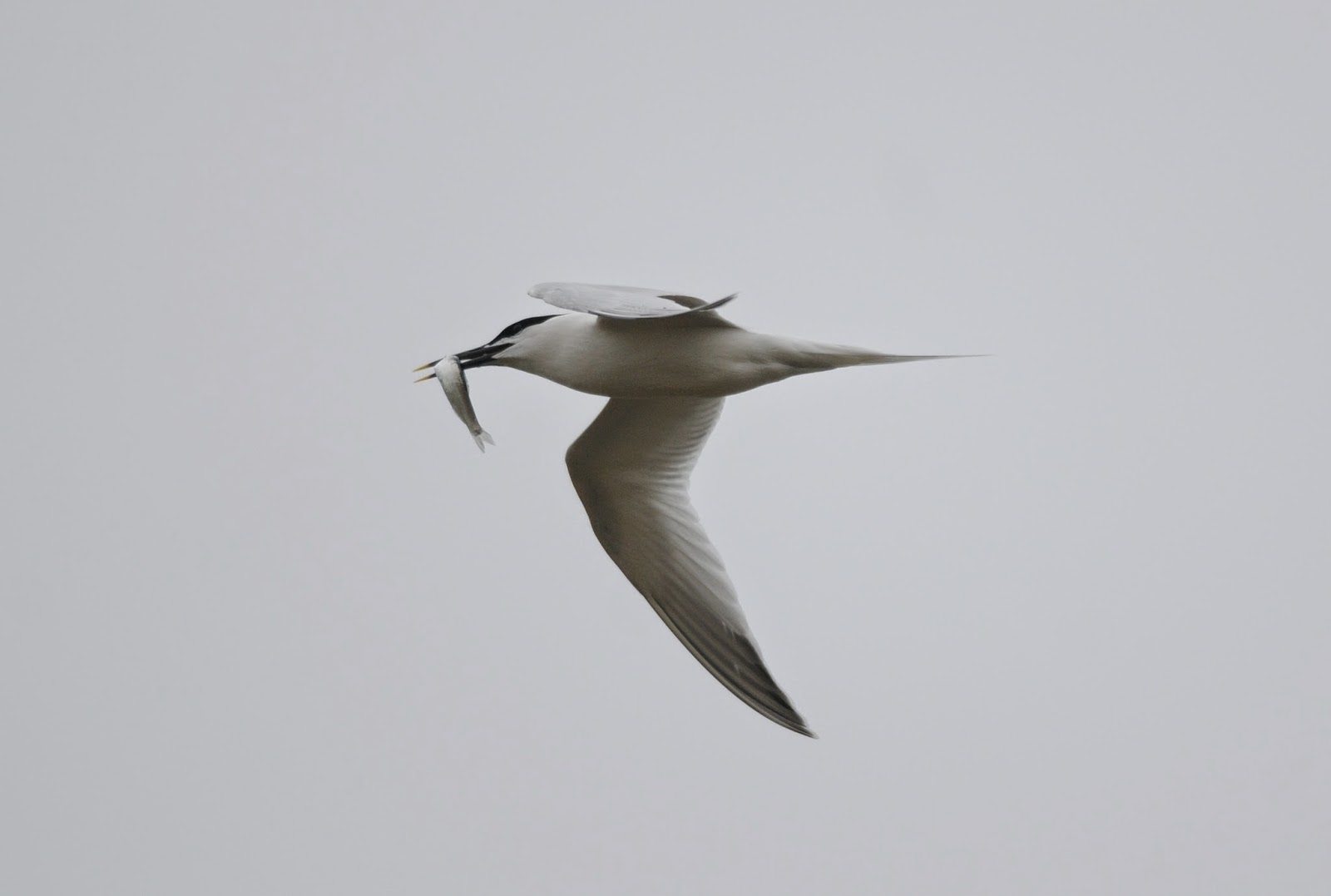 All in all a very good morning, as someone once said,” I’ll be back” but definitely in better conditions.