Spare time so I headed for the Reserve, the year list now stands at 89, hopefully today’s visit could bolster that number.

It was noticeable that there was a haze, as you know all over the news at the moment straight from the Sahara, the car this morning had a film of red dust over it so there is weight to what they’re saying it seems.


As long as it’s not camel droppings falling out of the sky it’s ok, trying to sell the car at the moment.

Arriving at the Centre I undertook the usual route – Sea Wall then on to the Reserve, one of the first birds seen as I scoped the scrape in front of the Centre was a Little Ringed Plover bombing around, I suspected probably 2 as the birds seen was displaying Moving along the sea wall and the river produced very little in the way of migrants, best bird undoubtedly went to a Yellowhammer calling flying west, always a hard bird to get at Rainham.

The Bay was pretty empty with singles of Oystercatcher, Curlew and around 30 each of Redshank and Shelduck being the highlights .

Moving into the Reserve, Reed Buntings everywhere and then got my 2nd migrant, a singing Sedge Warbler in the Dragonfly Pools, a good start, moving on it got better.

Walking past the toilets intending to scope the Target Pools for Garganey, I heard the unmistakable pinging of Bearded Tits, after a while they showed and were in fact a pair. Watched these for a while and got a couple of record shots and then scanned the Targets, heaps of wildfowl, no Garganey but 5 Pintail were seen. 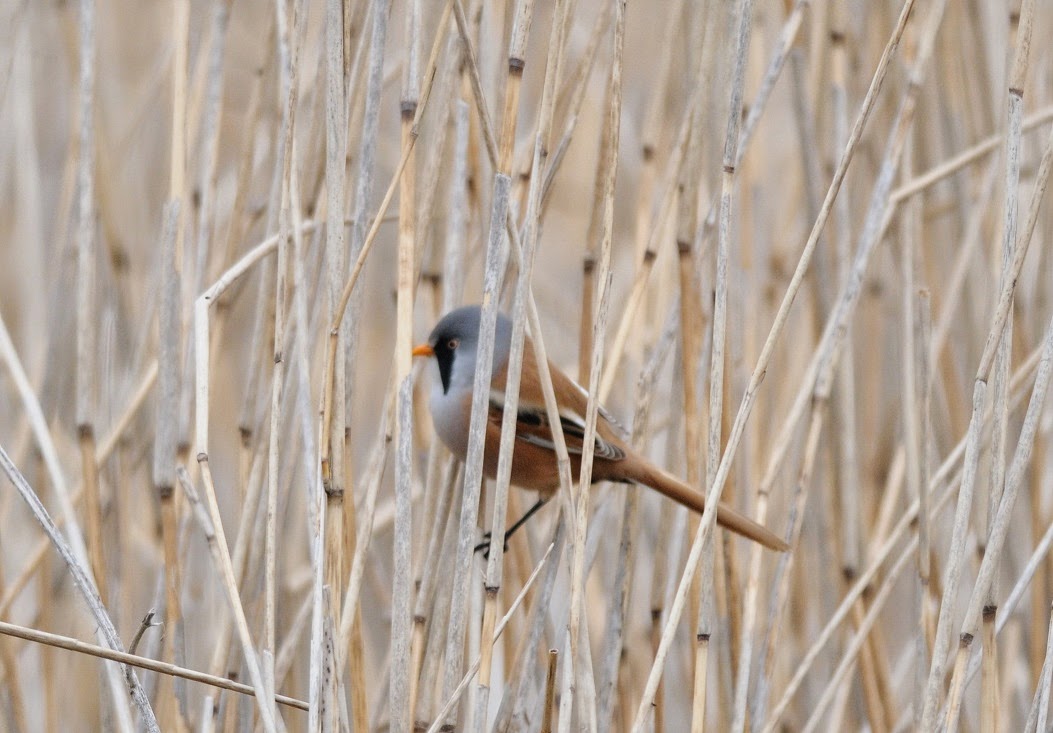 From here I headed for the northern boardwalk – en route I picked up a calling flyover Yellow Wagtail so definitely on a roll so pressed on. The boardwalk produced no less than 3 Sedge Warblers, someone had heard an early Reed Warbler but despite giving it a while I couldn’t hear it.
Aveley Pools held the usual wildfowl, no Greenshank or Green Sandpiper which was a couple of birds I had in mind so after giving it the once over I headed for the Woodland.

Here I nailed another migrant in the shape of a Willow Warbler, again this can be a difficult bird to get at Rainham as they never seem to stay, good numbers of Blackcap and Chiffchaff singing as well. 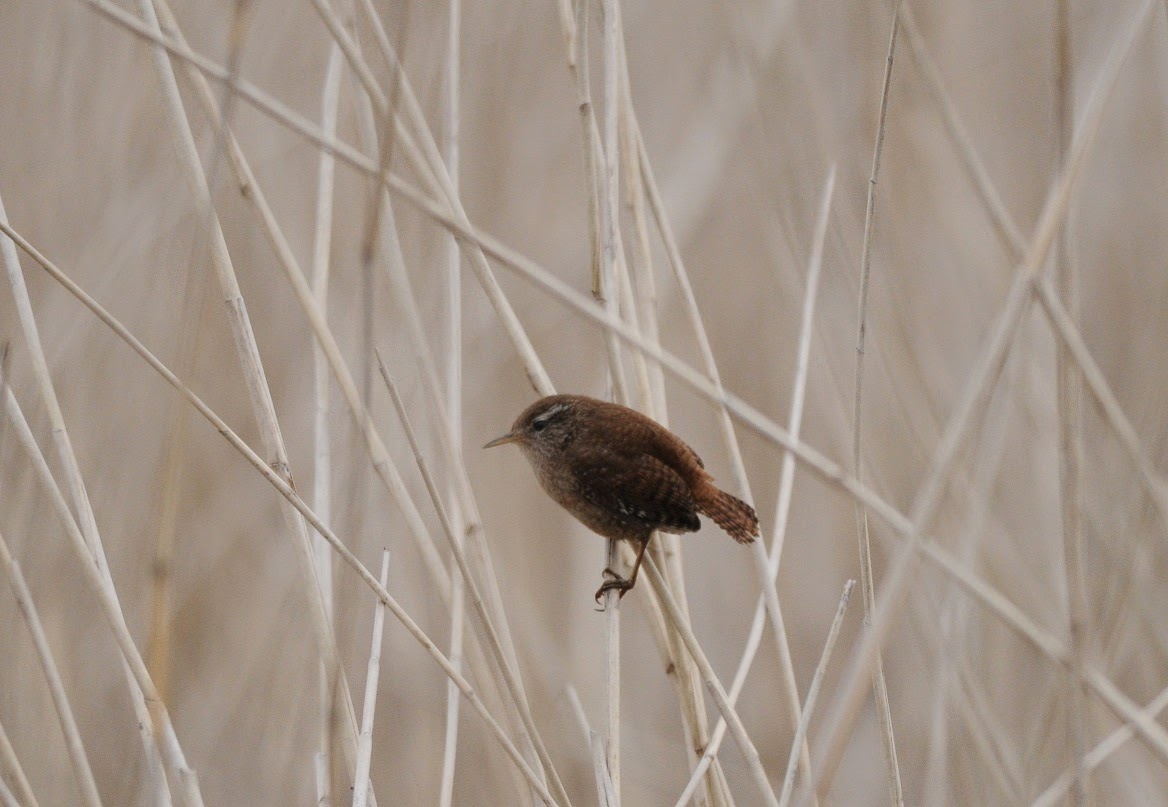 I bagged the last year tick as I left, 2 Great Spotted Woodpeckers nest site prospecting, they rounded up the morning nicely and I ended up on 96, still a long way to go to my best year of 160. Who knows, you can’t see where there all coming from but it’s going to be enjoyable trying to match that total or even exceed it. 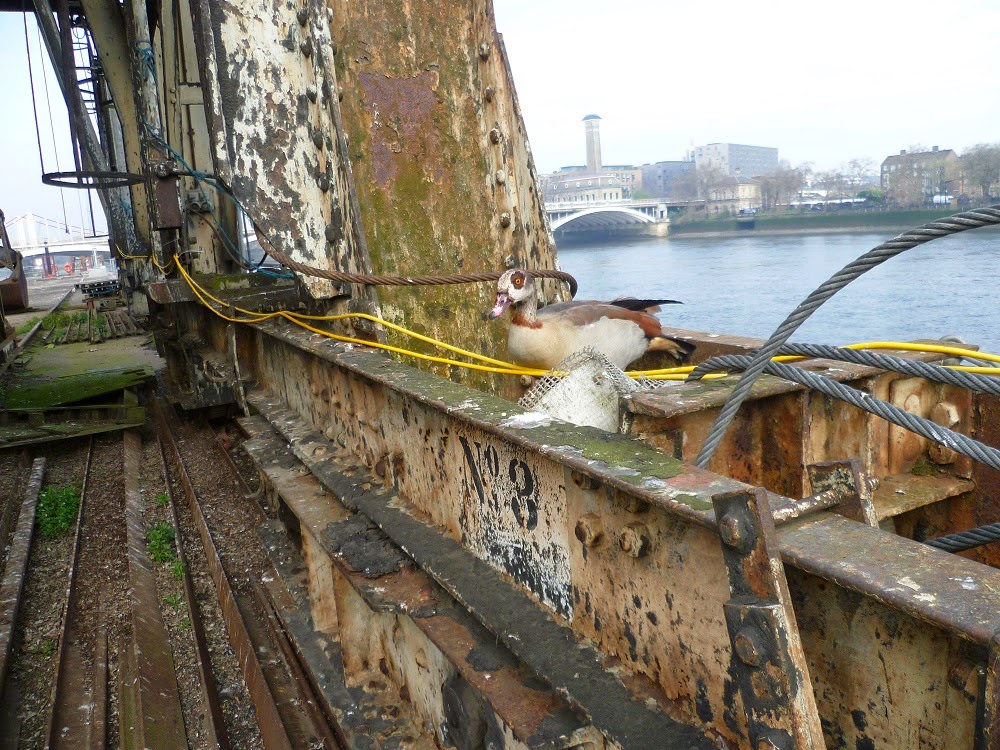