You will recall from my last Hoo post that I thought that would be it until hopefully next winter, if it goes ahead again.
However lady luck has come along again and I am surveying for nest sites at least until the end of April, I am a lucky chap.

I visited on Wednesday in glorious weather to check for ground nesting birds, primarily Skylark, Meadow Pipit, Lapwing, Redshank and Oystercatcher. Of course walking a large part of the site you will see many other species although the expected hirundine passage failed to live up to expectations with only 3 Swallows seen.
It is still very early so next week, if the winds are right there may be a bigger passage hopefully, it lifts the spirits seeing Swallows etc..whizzing through.


If Swallows were not present Mediterranean Gulls most certainly were, I kept an eye open for them whilst searching for nests and recorded no less that 32 birds moving through going west, all adults. This included a flock of 14 with the remainder made up of paired birds, many announced themselves contact calling as they went over. 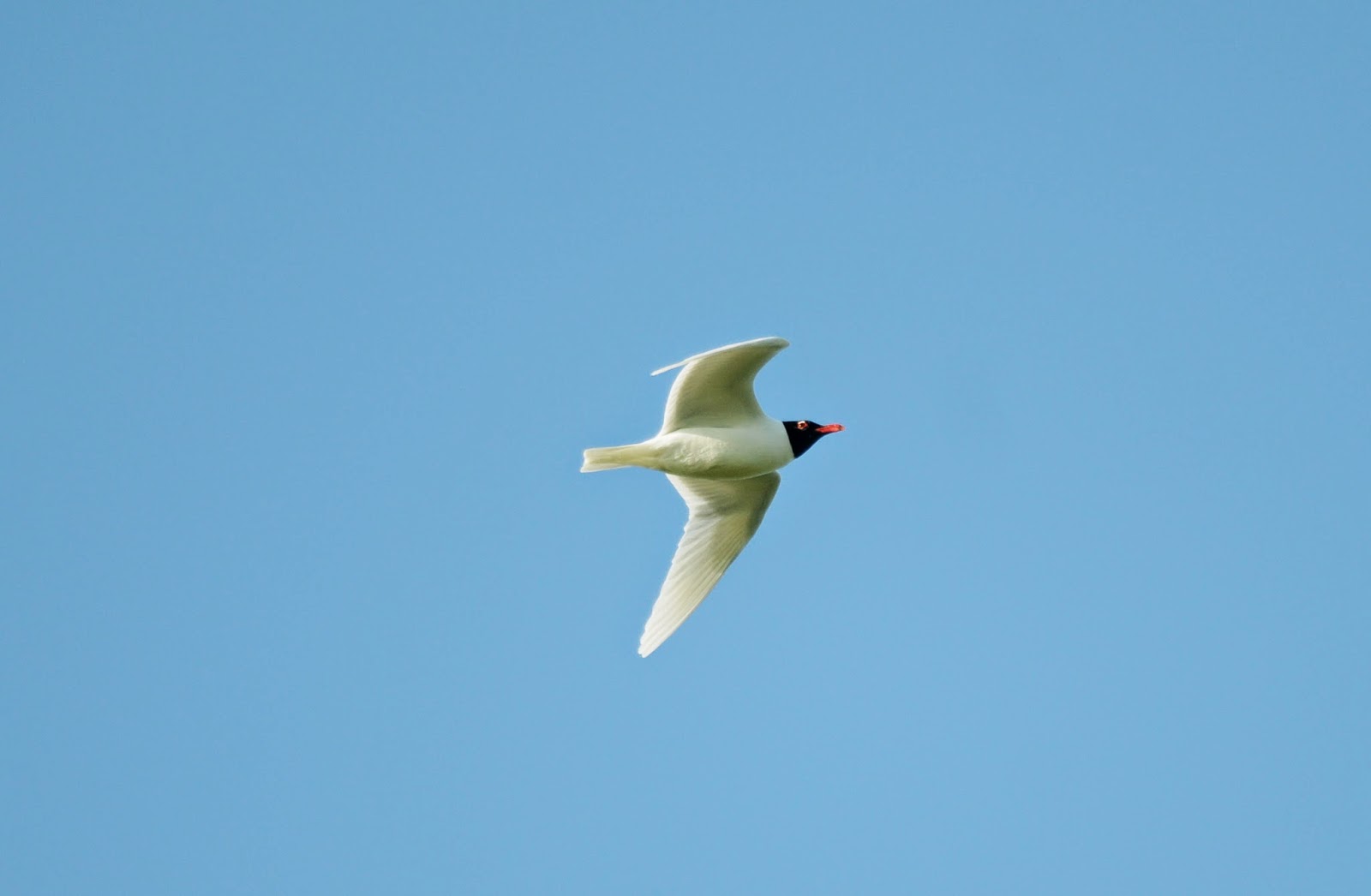 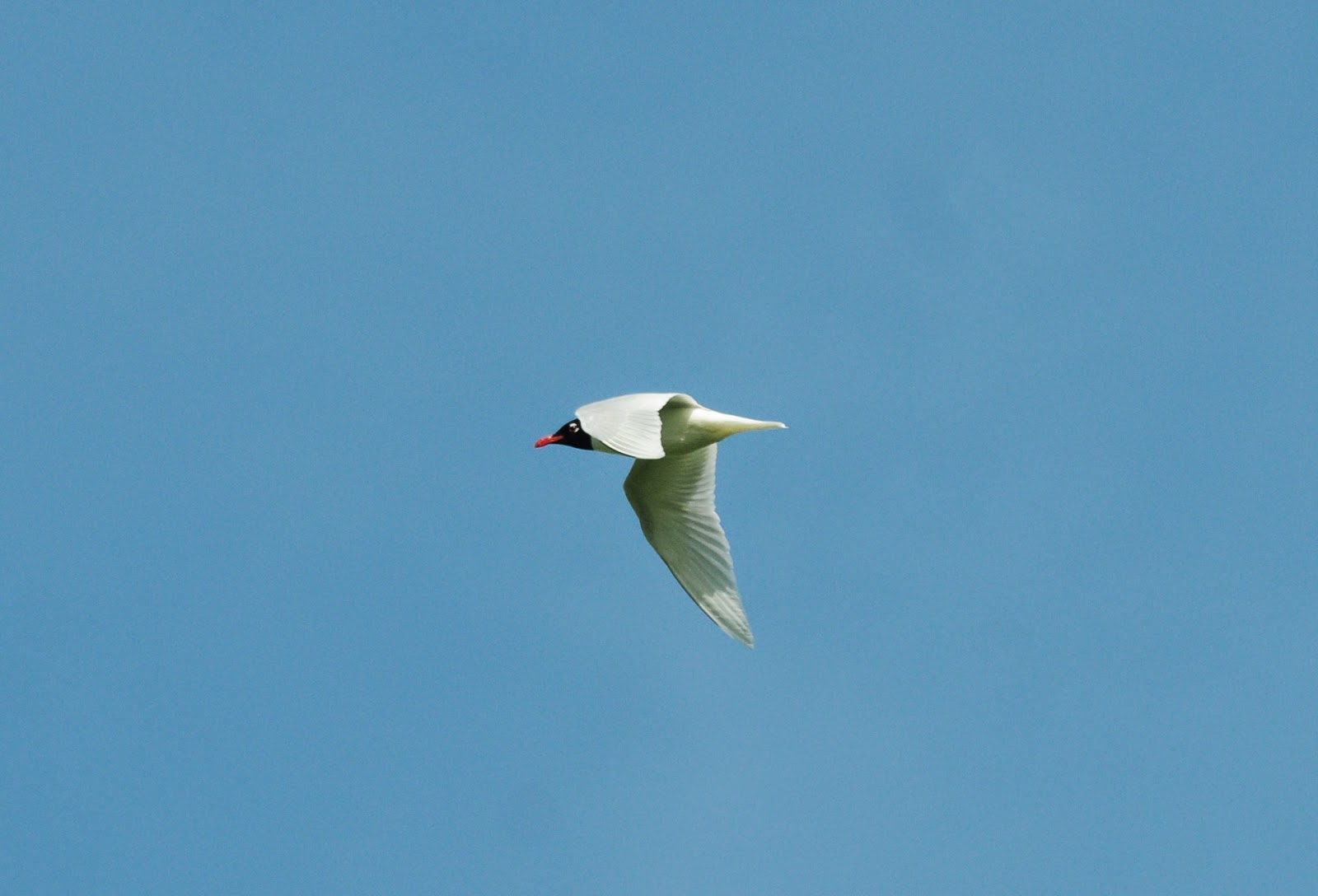 Also seen was my first Short Eared Owl, never picked one up on the winter surveys so this was very welcome, seen in bright sunshine distantly towards Egypt Bay with the usual Crow attachment.
Other species included a singing Corn Bunting, no less than 4 Bearded Tits, 4 Wheatear, 3 Green Sandpiper and a Yellow Wagtail over. 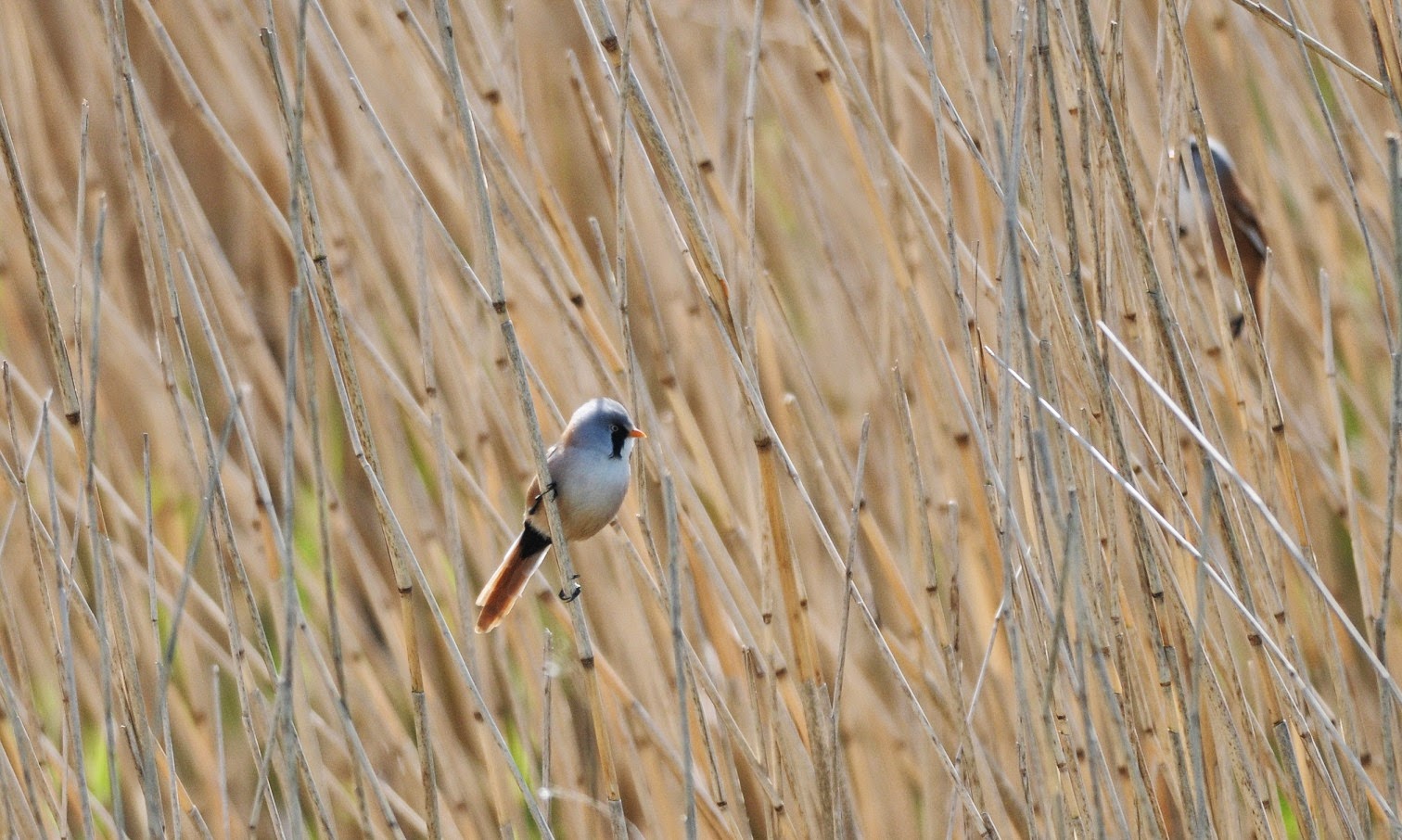 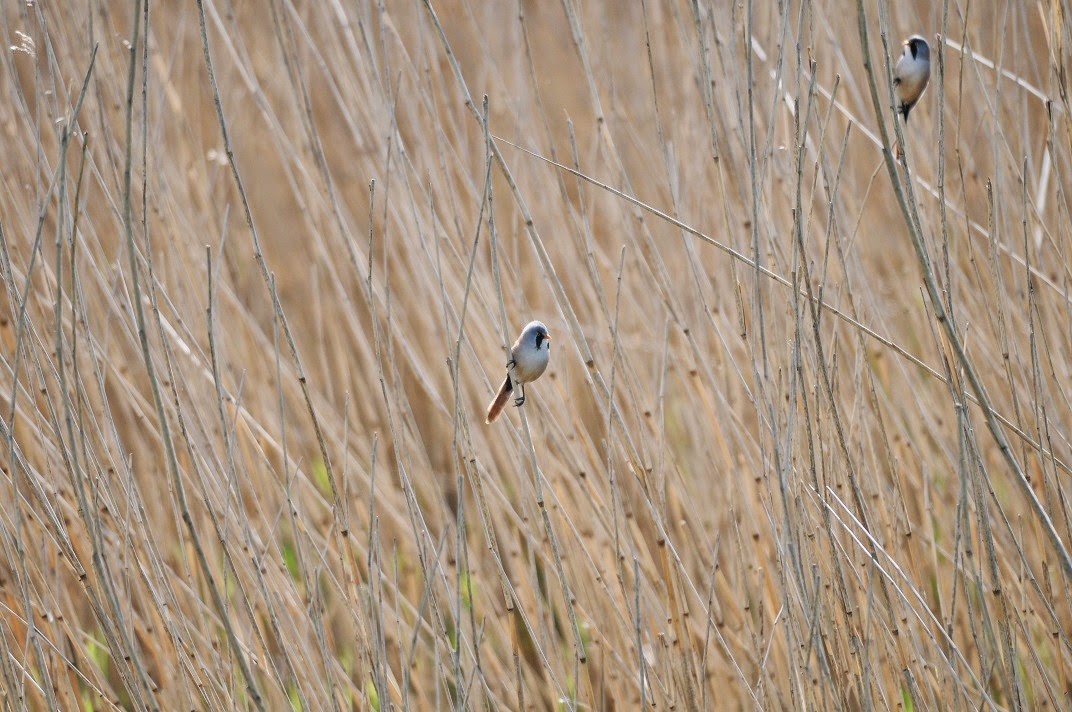 On the Raptor front, no sign of the female Merlin seen on Monday but both Marsh Harrier, Kestrel and Common Buzzard were seen.

Surprise sight of the morning goes to a Black Swan, I know there a feral population but there a cracking looking bird and quite stunning in flight. 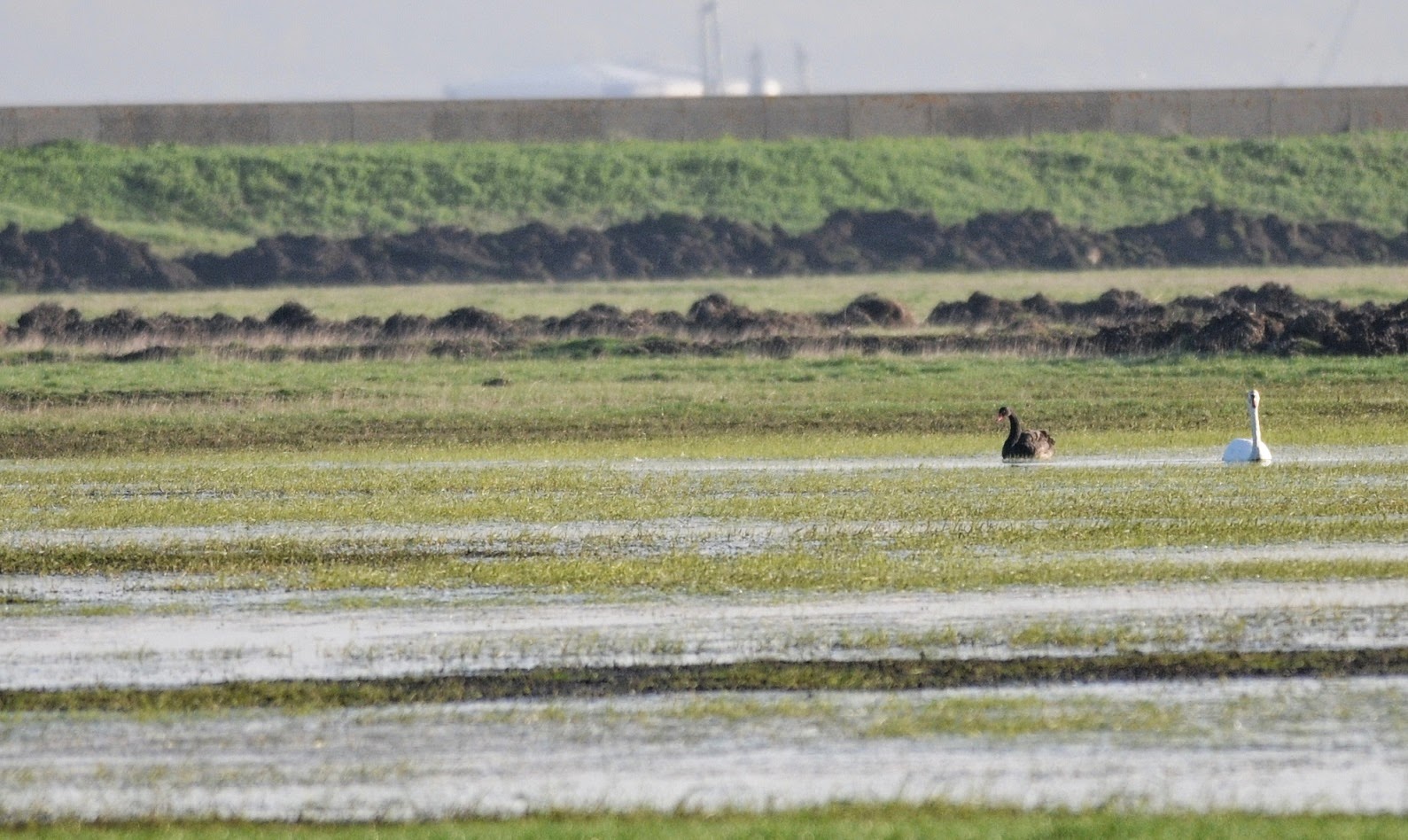