A rather cold morning as I walked down the river wall, 6 degrees had been showing in the car but not too overcast as the sun came up, it looked promising weather wise.
60 Black Tailed Godwits flying up river and around a 100 Golden Plover on the mud was a good start as I walked towards Aveley Bay.A single Water Pipit was seen intermingling with 3 Rock Pipits and the Bay provided a Ruddy/Shelduck hybrid along with a Curlew. I thought this was the same hybrid that frequents the Crossness/Barking Bay area but markings are different.

I was rather hoping, along with others, that the Glossy Ibis would make a return, I was lucky 2nd time around a few weeks back with 2 distant sightings from the Serin mound, a London tick but would have obviously liked better and closer views.

I scanned all the Geese on the reserve in the hope of a Pinkie or a Whitefront amongst the hordes of Canada’s and Greylag’s, no luck but did pick up the resident Marsh Harrier, good to see the upturn of this raptor.A few years back it was considered a rare bird in London, now for a year tick and with a bit of patience you can more or less guarantee it at Rainham, not just 1 either, there have been up to 3 present recently.

4 Pintail were present on the Target Pools amongst many Wigeon, Shoveler,Lapwing and around 50 Golden Plover, I gave it 15 minutes looking all over just in case the Ibis had slipped back, nothing materialised so made my way to the Pools.This seemed to be holding more water and Pochard and Tufted were in evidence along a few Wigeon, most of the wildfowl seemed to be on the Targets. 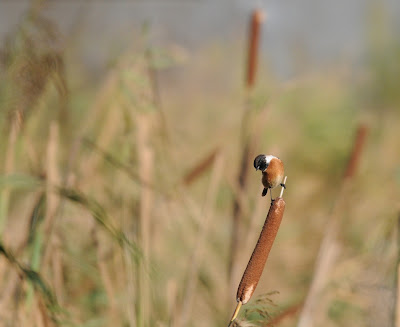 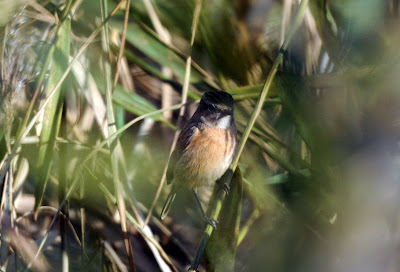 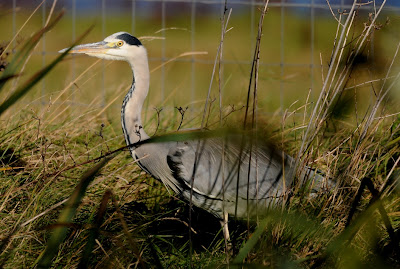 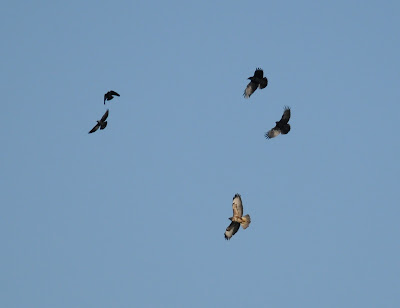 I did find 8 Snipe sitting on one of the island but other than this no other waders seemed present, a pair of Stonechats provided some work for the camera.
Making my way to the centre and a Common Buzzard showed being harassed as usual, I managed a few distant shots to end the morning.