With autumn now starting it will not be long before the winter birds arrive, the Outfall has always been a winter site and produces far more birds in the cold period due to the food pumped out at the Outfall. It is a magnet and in the really cold periods it is not unusual for there to be 600 Teal here.
On arrival this morning early a.m. the first birds seen were 5 Teal so it is starting already, in the coming months they will start arriving in earnest along with Redshank and Black Tailed Godwits. 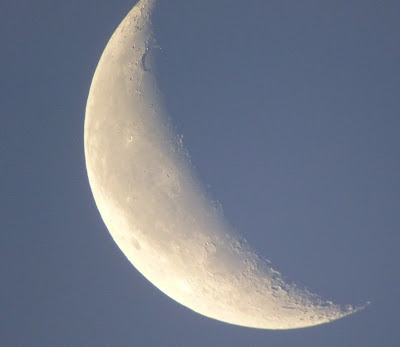 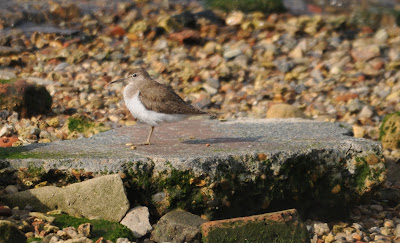 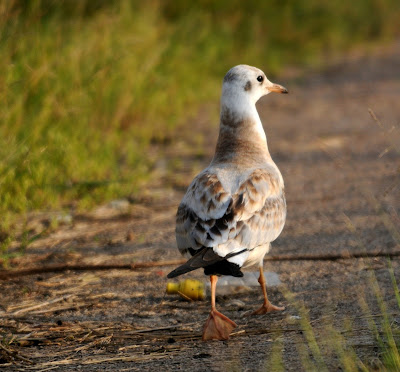 This morning’s visit also coincided with the high tide, a pair of ever present Oystercatchers were making the most of it before being pushed off, I decided to check the small trees and scrub area for migrants. I firstly came across a group of Warblers that included 3 Chiffchaff, Blackcap, a single Garden Warbler and 2 Willow Warblers, further back a Cetti’s Warbler was alarm calling.
A lot of work has been done to enhance the Creek path and the new overflow off the Creek is now looking good and more natural, I expect soon they will open the Creek walkway.


Returning to the Outfall produced 2 groups of Common Tern, 9 and 7 and there were 9 Common Sandpipers in the roost, the best count by far for a long time.
A single Curlew was also seen along with 2 flyover Yellow Wagtails.

The rising tide had also bought in a massive shoal of Thick Lipped Mullett, they were actually out muscling the Black Headed Gulls for food pickings and because of their size presumably the resident Cormorants were ignoring them.
I at first thought they were spawning as I have seen Carp behaving in the same manner but surely it is too late now for spawning, whichever it is, it was a spectacular sight to see them churning up the surface. 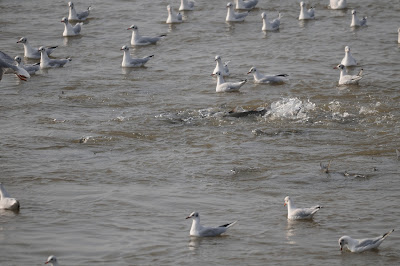 After this I headed into the sewage works, carefully negotiating Security with the berserker German Shepherd, the dog seriously wants to take lumps out of my arse. Pied Wagtails were everywhere as usual but a nice addition to the Patch list was 11 Sand Martins feeding over the sludge tanks. It is possible that they may even breed on site as I found a series of man-made holes in the side of a concrete building that the Martins may well be using for nest holes, I will check again next week. 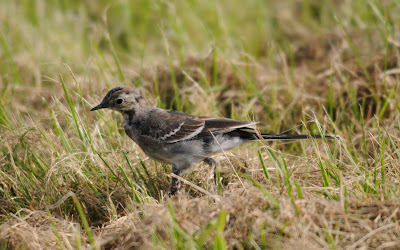 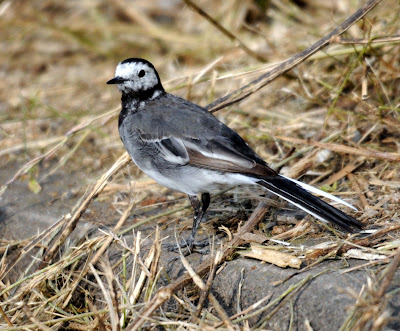 With the addition of Sand Martin, Garden and Willow Warbler the patch list now stands at 93, hopefully August will bring some migration and river movement to reach the ton.