I followed my normal route as I arrived at the Reserve, firstly the river –sea wall to the Bay and then onto the Marsh, it was overcast and grey but thankfully not raining.Definately a morning for Ring Necked Parakeets as they were constantly overhead in 1’s and 2’s, I ended up with 15 of them by the time I reached the Bay, all coming from Kent.
Best birds by far on the river though went to 2 juvenile Mediterranean Gulls together going up river, 2 Oystercatchers and a single Whimbrel were on the mud but little else in the way of waders.

The reserve however was much more rewarding with a male Marsh Harrier seen distantly hunting, this put up a flock of 17 Snipe and there were also 12 Little Egrets in the air. There is so much growth now the Target Pools are getting hard to view unless you are in the new hide, hoping for better views I carried onto the Pools. 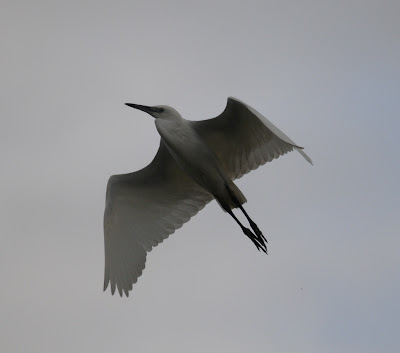 This was looking very good with some exposed mud along the far bank, good numbers of Wildfowl were also seen 38 Teal and probably half that number of Gadwall and Shoveler.Waders were well represented with a female Ruff, 3 Juv Dunlin, Green Sandpiper and 11 Black Tailed Godwits.
I searched for the Little Stint and Wood Sandpiper that were present the day before but it was not to be, even the new scrape with some good exposed mud failed to deliver any type of wader.

It was still early so I then headed for………..

The large expanse of mud on arrival failed at first to produce any waders, Shelduck were well represented as usual along with god knows how many Black Headed Gulls.
The Bay scrub has always been one of the best places to find local Whinchats and so it proved today with a group of 4 located in the scrub, although not great light they did prove quite cooperative for a photo. Much of this was due to the fact that all 4 were keeping an eye on a Sparrowhawk have a bit of fun with one of the Kestrels, a pity I was not closer I may well have got some decent shots. 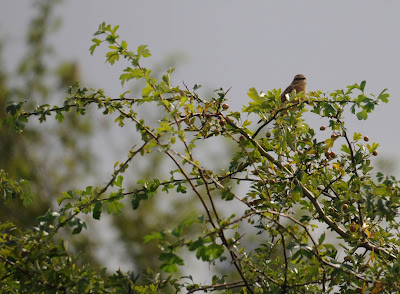 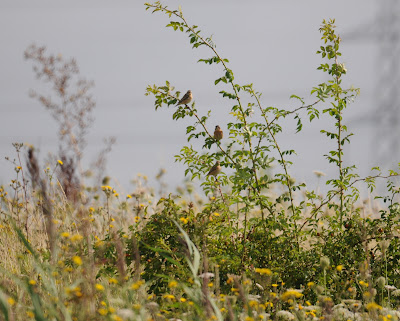 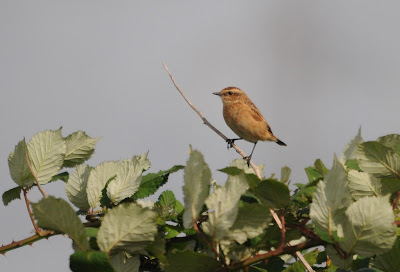 Not to complain though as the 4 Whinchats were a pleasure to see and rivalled the 2 juv Med Gulls seen earlier as birds of the morning.
Overhead I picked up 9 Swifts during the morning and the rising tide now also provided 5 Common Sandpipers down near the Jetty and a single Ringed Plover making the most of the remaining mud. 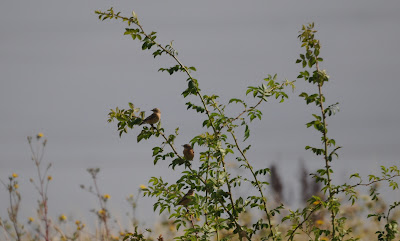 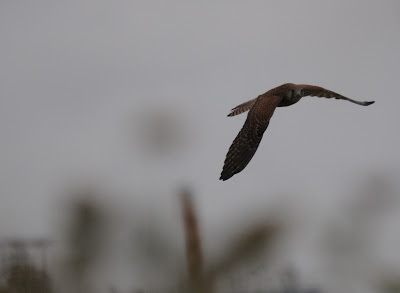 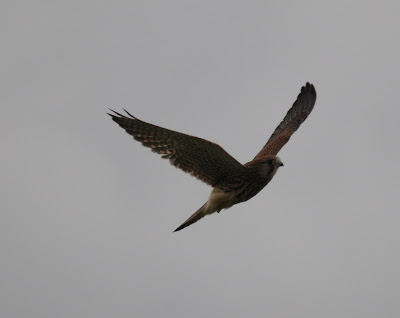 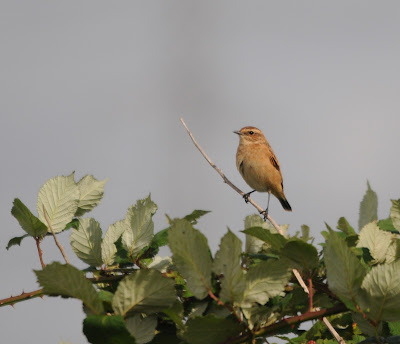 A single Common Tern was the only Tern seen throughout the morning, roll on the Easterlies, they usually provide some good birds down the Thames.