I had planned to go to London to check on the Parliament peregrines but the Olympics has put paid to that visit with the cycling event, traffic would be a nightmare so I gave it a miss.I don’t watch cycling that much, the Tour De France now and then but watching the men’s event yesterday very much looked as if we were left high and dry by the other countries in the chasing pelaton.( I know, I have just learnt what a Pelaton is, before Saturday I didn't have a clue.)
Instead I treated myself to an early walk round Rainham RSPB, early on it was nice and sunny with good Dragon and Butterfly activity, bit of a contrast as I write this, it’s now raining with thunder to accompany it.
A rising tide as I walked down the sea wall produced 4 Whimbrel, a Common Sandpiper, 3 Redshank and 4 Oystercatchers, no sign of any Black Tailed Godwits on the mud, they do seem to favour up river more for foraging.

Entering the reserve showed lots of Darters, mostly Ruddies with many Butterflies showing including Small Tortoiseshell, I was looking hard for Emeralds Damselflies all over the reserve; I have had them there in past years but not to be today. 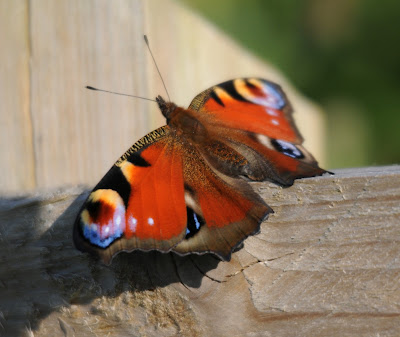 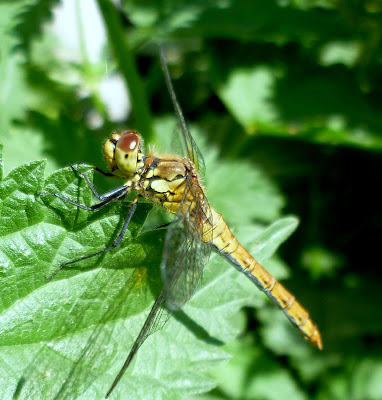 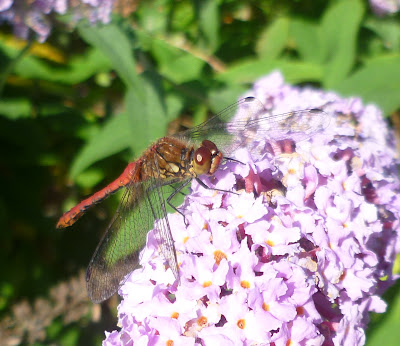 A hunting female Marsh Harrier showed briefly near the pylons and the usual Tiercel Peregrine was resting up on one of them. On reaching the Pools the 1st signs of autumn were apparent with 6 returning Teal amongst 50+ Lapwing and another Whimbrel sitting out the high tide.
I had earlier seen 2 small groups of Swifts, as I was scanning for the Harrier I picked up a very large group of Swifts feeding over the Landfill and Wennington Marsh, a conservative count was easily 80+, all no doubt on their way out.

To round off the walk, I picked up a Little Ringed Plover on Purfleet Scrape and 2 Common Terns heading off the reserve back to the river, a good walk. 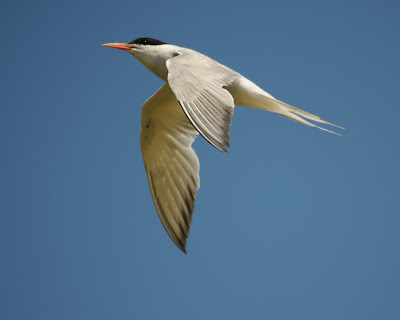