May 24th - the Outfall and a brief walk round the Valley

I started the morning at the Outfall with a mind to have a look at the Gull colony, and it particular try and re locate the Great Black Backed Gull that had shown breeding behavior on a previous visit. The trouble here is that you are always going to be at a distance from the Jetty, even if you could get closer, there are disturbance issues and the Gulls would be all over you. Due to this, there are many areas that remain unseen with perhaps 25% of the jetty structures not recorded. 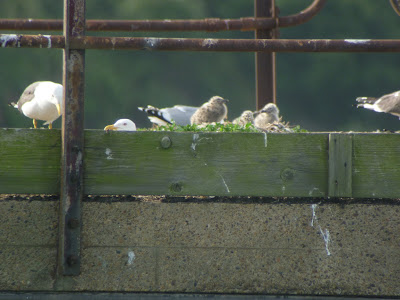 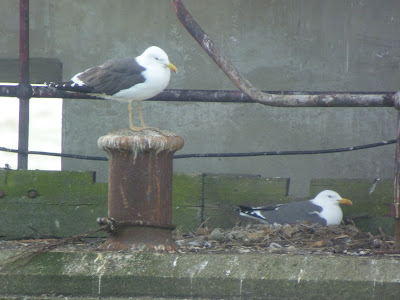 I was unable to locate the possible Great Black Backed nest site, although an adult bird was seen duffing up a Cormorant with a Flattie. 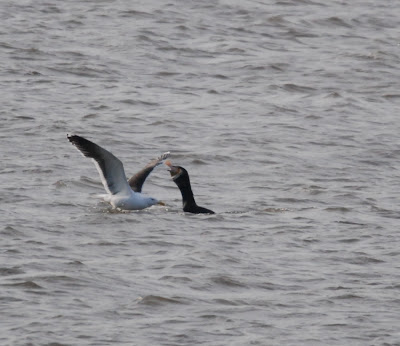 I was able to make a count of breeding Gulls, results below

Many of these already have young at the small stage, also as mentioned above, this is certainly an undercount with many areas unrecorded.

We are fast approaching the time of Dragons and Butterflies with migration starting to drop off, consequently I decided on a brief walk around Berwick Glades with the vetch starting to show.

Common Blues were seemingly everywhere mostly males and a single Holly Blue was seen. Also Blue Tailed Damsels were abundant along with a few Commons.


I also came across a possible Brown Argus, very hard to be definite with this species but this one looked a good candidate.