I decided to visit Berwick Reservoir after having a good morning checking Peregrine sites In London to catch up with progress.

On arrival I walked to the island, a pair of Common Terns were fussing around, Pochard and Tufted Duck were also present and I dare say that some may well nest on the Reservoir as per last year.

There was little wind and plenty of sunshine, so it was eyes up, had a chat with an angler and he had just had 2 Common Buzzards thermaling overhead. As I left him I looked up, and way up was a large raptor going east on set wings fast, it was going away so I got the camera up, got a lock and fired off 4 or 5 quick shots. As I did this it went into cloud and I got a couple of silhouette shots and then it was gone in the glare. 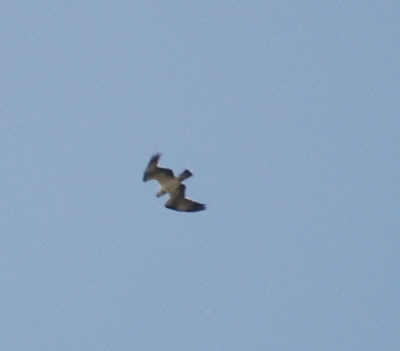 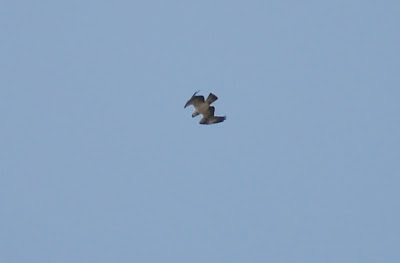 I didn’t manage to get the bins on it ( stupid I know) and at the time I thought it was a Common Buzzard as they are getting pretty common around here, should have checked the camera there and then, but alas, got distracted by a brood of Yellow Wagtails.

The penny dropped on checking the camera later, not only a year tick but a long awaited site tick.

Should have learnt my lesson, I did the same thing a few years back at Rainham, Buzzard sp came over, I was talking to some people and fired off a few quick shots, then carried on talking as I did not want to be rude. Reviewing the photos later showed it to be a Honey.