Well they all fledged ok barring one, Thames Water staff and myself kept an eye on it the other Saturday, it came down very low, initially it had been on the ground but had managed to fly up onto a light.

I watched it for a while, it was fed by the female Kestrel low down and was given a whole Mouse, the juvenile rather remarkably tried to swallow it whole. A bigger bird like an Owl can do this but eyes bigger than it belly for this little fella.

In the end it gave up and then ate it in the conventional way.

After a further 30 minutes or so after feeding it started head bobbing, it then flew, trying to gain purchase on the side of the SPG Main Building, there was nothing to perch on and it slid down and dropped down to ground level. 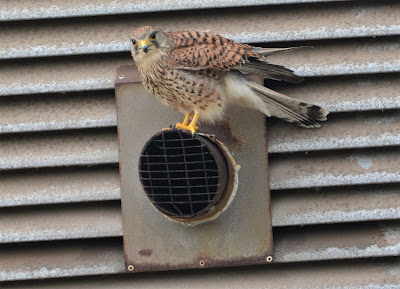 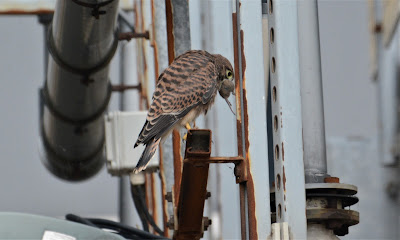 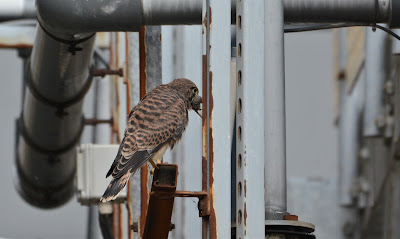 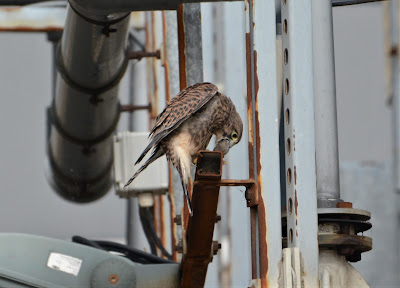 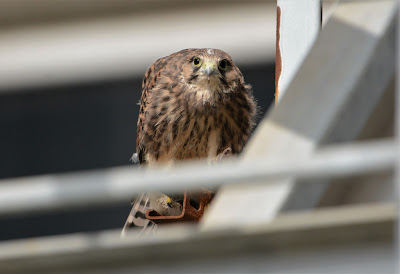 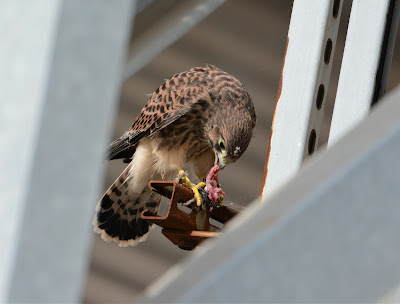 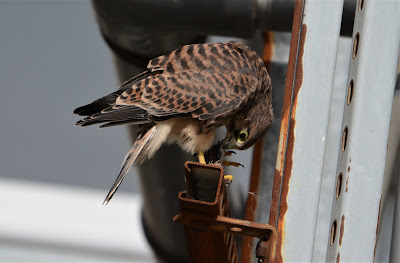 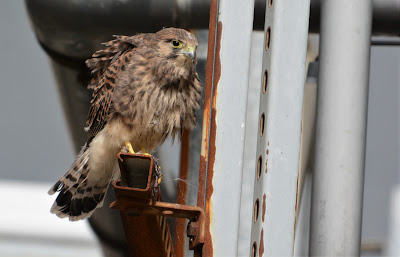 Decided to catch it in case Magpies/Crows found it and relocate it back to the high level roof.
Boxed it up and then took it inside, with the help of the staff, we were then able to get it to the roof level and it was released up on there. 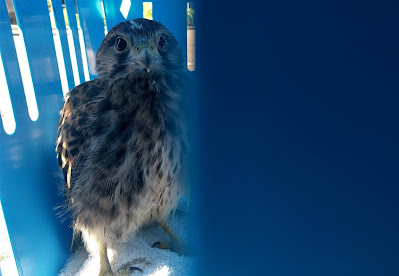 Going back up
Since then have been watching all 5 of the juveniles, they are quite happy on the main roof being fed by both adults, it’s mainly mice/lizards coming in but not surprisingly with all the rain, a good number of worms. 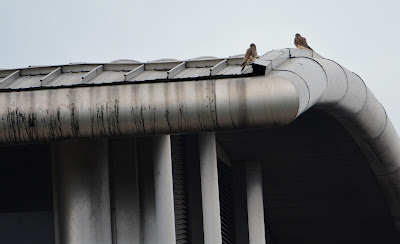