July has arrived and the juvenile Smokey entered his second month of fledged life, watching him on site visits, it’s now plain to see that flight is now far stronger and landings on a par with the adults.

He will be 100% reliant on the adults for the near future, until instinct/behaviour from watching the adults really starts dictating and he makes his first kill. He is already trying for his own prey; youthful exuberance means he is chasing every Feral Pigeon on site as part of the learning process.

It will likely take him around 2 months+ before he takes his own prey.

Being a male and with no siblings, it could be that we could well be in for another long stayer like 2019 Solo, we will see, that was quite a saga so hopefully no repeat of this. The Power Station has a history of long staying male juveniles; in most cases it only seems to be linked with single siblings however.

In regards to wild prey, the following are the main species that the Battersea pair has taken from January 1st until June 30th.


These are what I have recorded on the nest tower ledges and the nest box itself, Ring Necked Parakeet it seems has taken over from Starling as the 2nd most abundant prey taken. I suspect though that this may only be occurring where the Parakeets are more locally abundant, having said that, there range now is all over London it seems. Of course the figures for both and others are obviously going to be higher; they are not going to bring all prey in range of the CCTV.

One thing I have noticed is that the Falcon has resumed nocturnal hunting again after breeding, all is linked to the weather but if there are clear skies, she’s usually out on the ledges from 1.00a.m onwards.

Watching her on Sunday (12th) also showed just how efficient a hunter she is, 1st hunt from one of the Cranes and she took a Feral Pigeon over the top of the Refuse Centre. 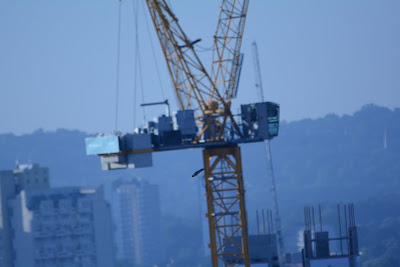