Out on the Marsh again on Saturday, when it blows out there it’s a pretty wild place and this survey will probably go down as the windiest we have ever undertaken.

Having looked at the weather beforehand it was not predicted to be this strong, easily up there on the Beaufort scale as a 7, by the end of the survey both myself and Paul were pretty knackered. 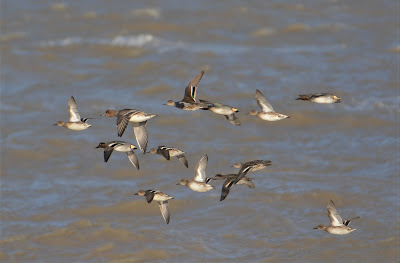 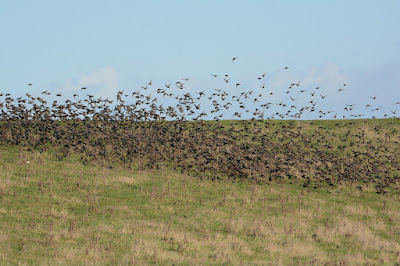 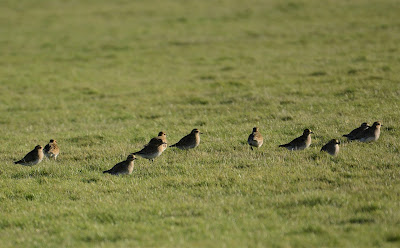 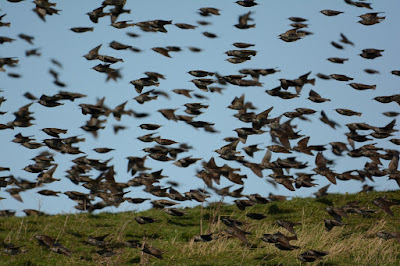 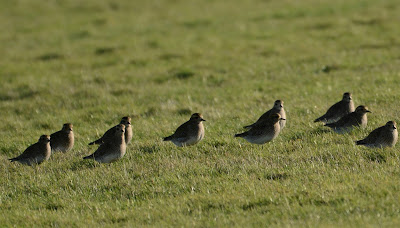 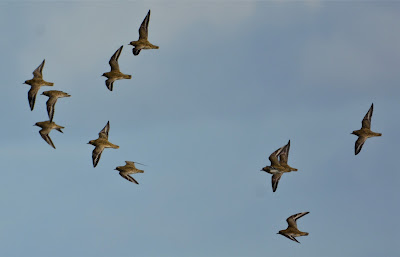 However the birding, not surprisingly a lack of small passerines other than a couple of big flocks of Skylark/Starling, proved pretty rewarding with our first site tick of Cattle Egret, 3 no less which were no doubt the 3 that had been in the area east of us for the last month or so. 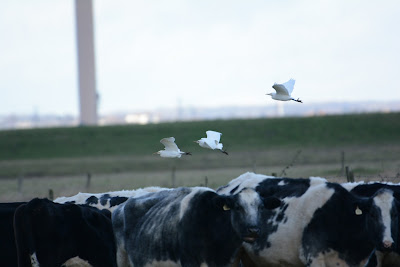 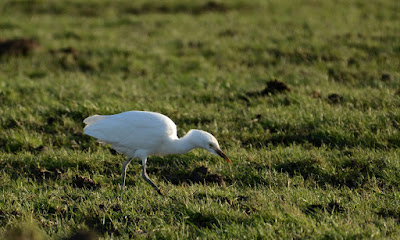 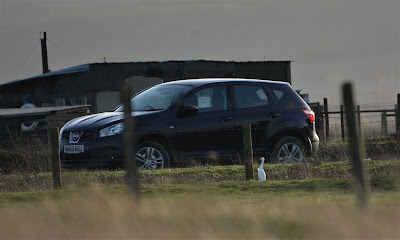 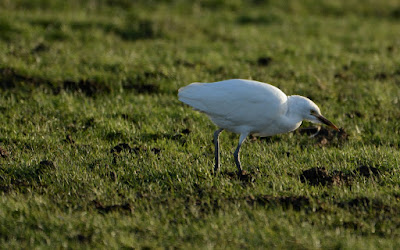 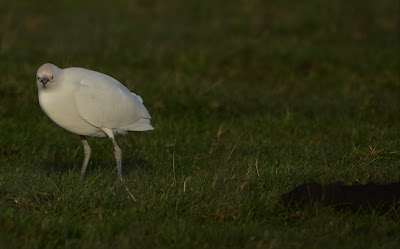 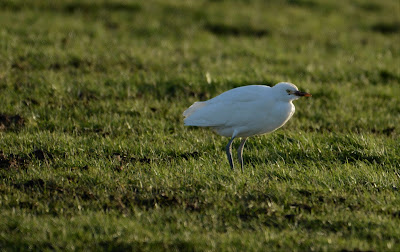 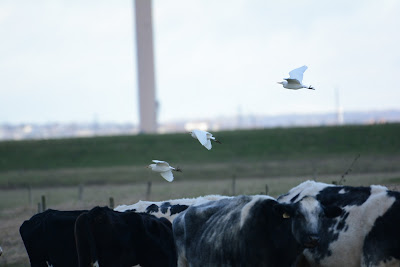 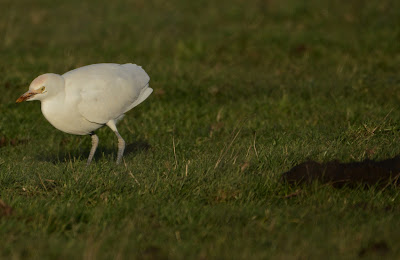 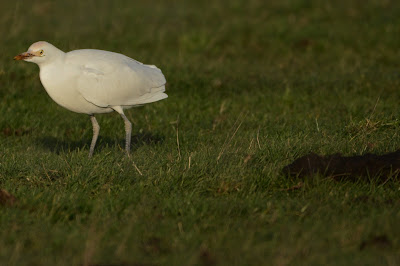 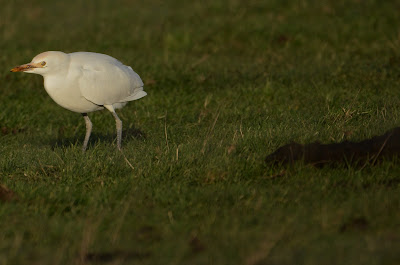 We watched them for a while and got a few shots around the Cattle, pretty wind resistant unlike us as they moved around the Cows, a good tick and showing a sign of the times that we now have had all 3 Egrets on site.

Wouldn’t have entertained that idea 10 years ago.
Posted by Dave Morrison at 21:41