Noosa was a great place which is is a bit of a tourist hotspot, it had everything, fantastic Restaurants, an adjoining river and a park at the end all surrounded by stunning beaches.

We visited a few times being relatively close to Lukes place, on one occasion Chris went shopping whilst I visited the point. To cut a long story short I recorded White Bellied Sea Eagle here sparring with an Osprey and a Brahminy Kite, got some great photos and then bloody deleted the lot by mistake. Senior moment and signs of approaching senility, one day I will learn to back it up.

However I did get to visit other areas of Noosa, the National Park leading to the North Shore being one, to access this spectacular coastline you drive through the wilderness accessing the beach with the other 4x4’s.Its pretty rough and bumpy, we were in a G Wagon, must admit a couple of times I thought my spine was coming up through my mouth.

Lots to see along there though including an Osprey nest with both adults present, Rainbow Bee Eaters were numerous and Brahminy Kite were seen en route along with Forest Kingfisher, Kookaburra, Yellow Spotted Honeyeater, Noisy Friarbird and Wood/Maned Duck. 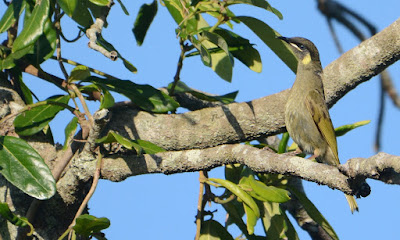 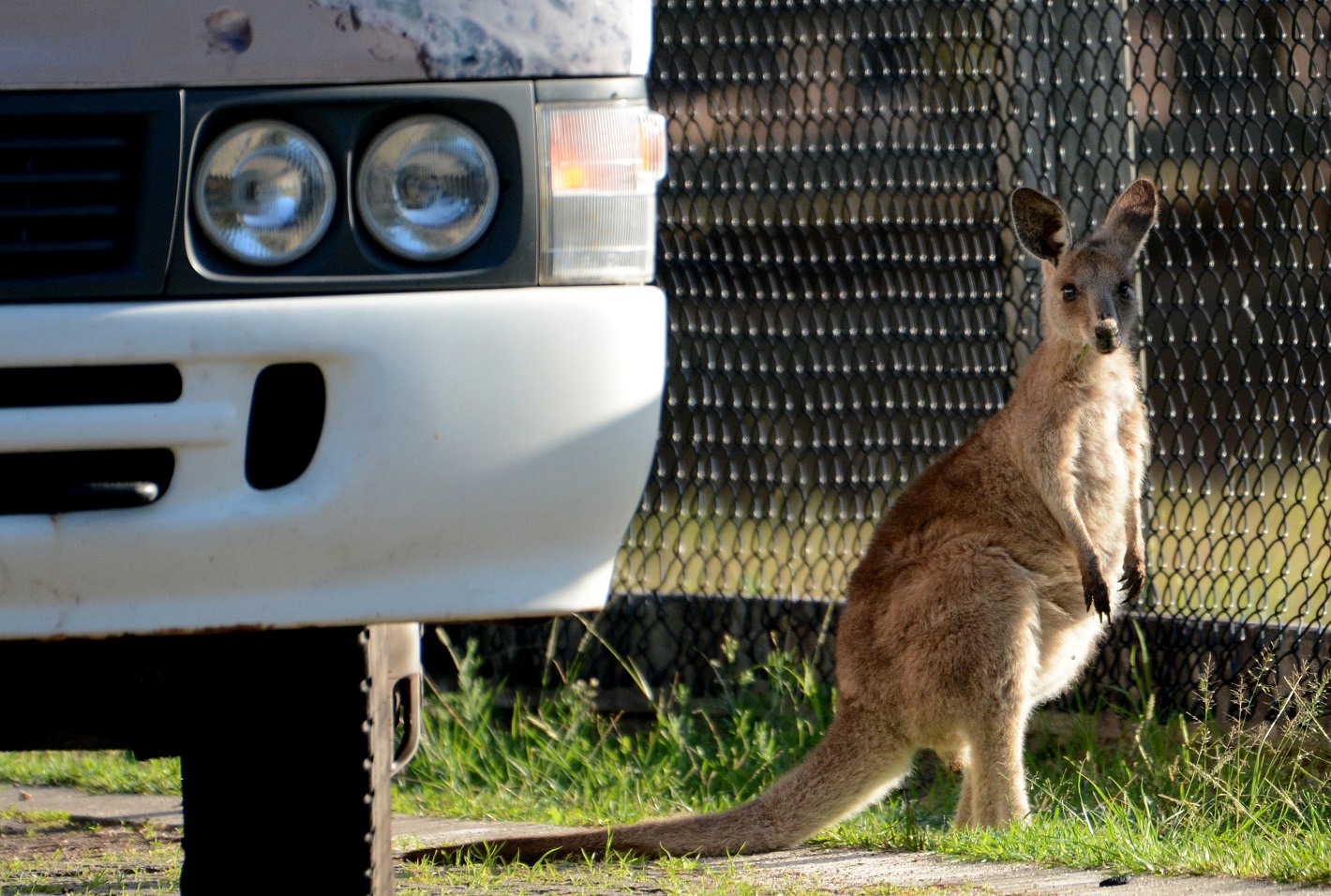 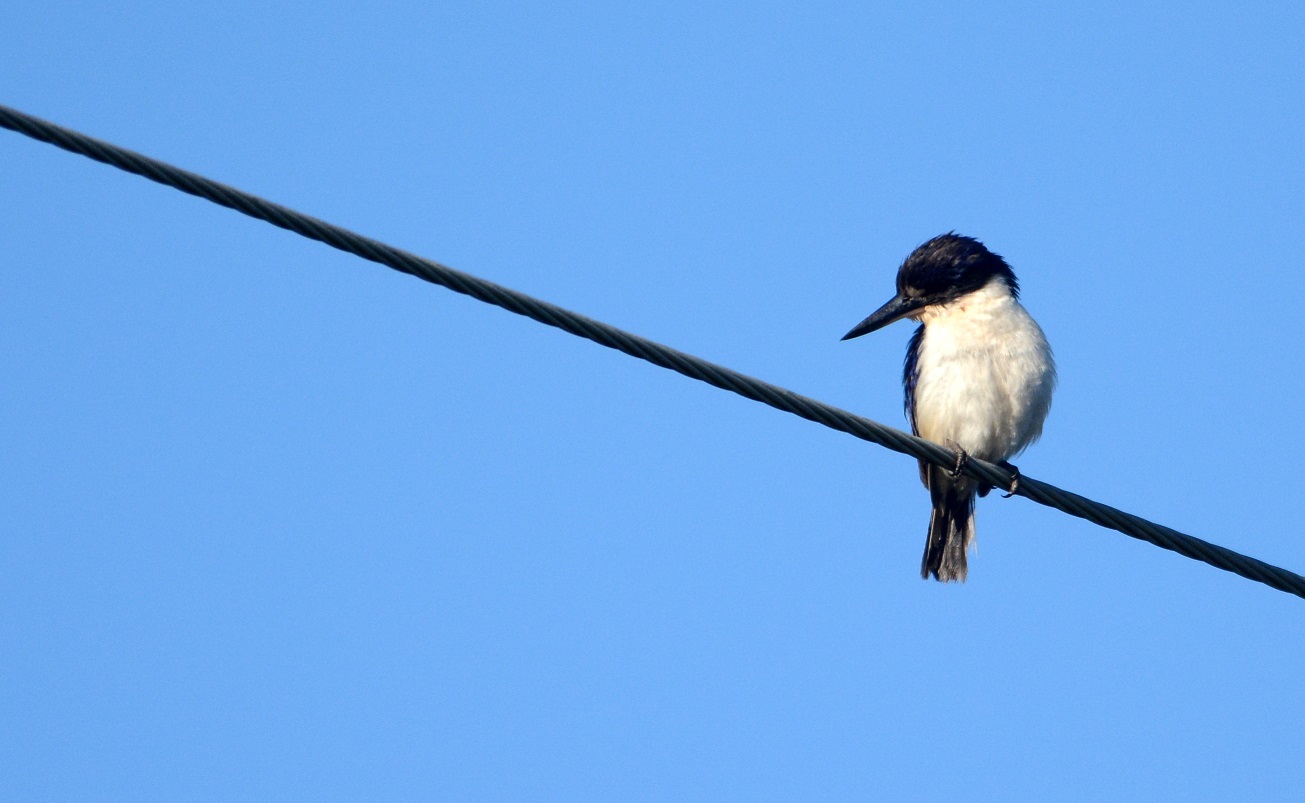 Also seen were Gull Billed Terns and a wader which I think is Oriental Plover based on leg length, bill and structure, happy to be corrected though. The only other one I thought that might fit would be Large (Greater) Sand Plover.
Also got my 1st good views of a Kangaroo, nice looking animal and quite used to people. 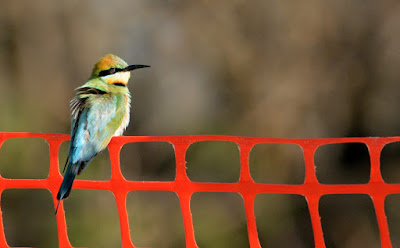 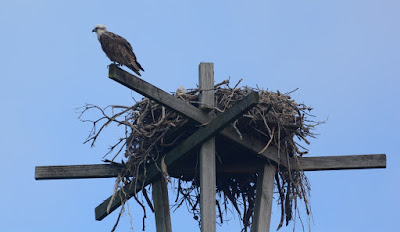 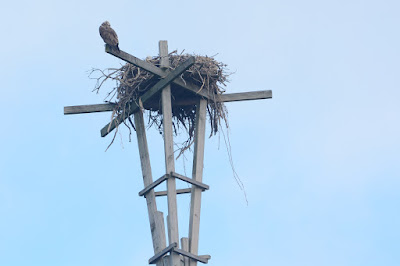 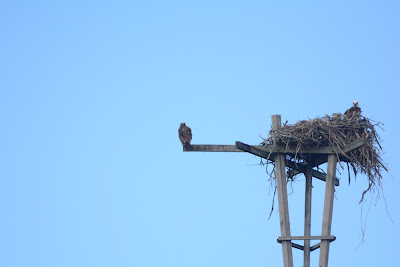 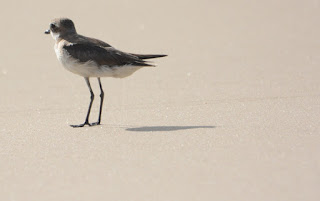 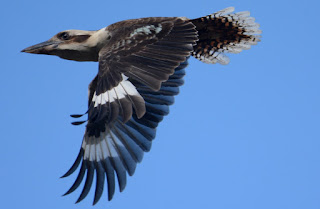 On another occasion we caught the Ferry from Noosa and headed up the river, naturally took the camera and recorded a few birds en route.

Australian Pelican figured all the way along, some very tame and for such a big bird landing on the most ridiculous places, a lamppost being one which actually bent with the weight!

Also caught up with all the Cormorants featuring Little Pied, Little Black, Great and Pied Cormorants, many of the Little Blacks were following the Pelicans around. 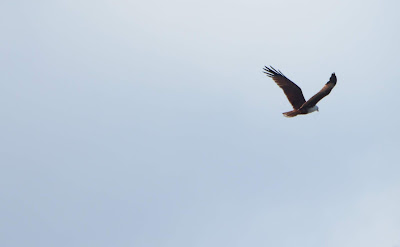 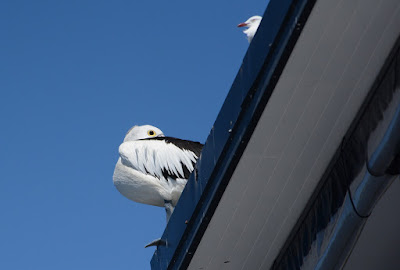 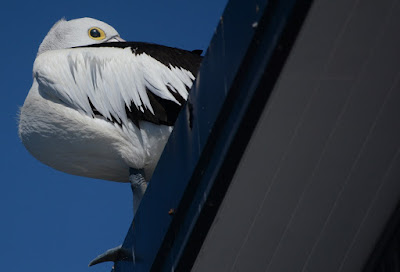 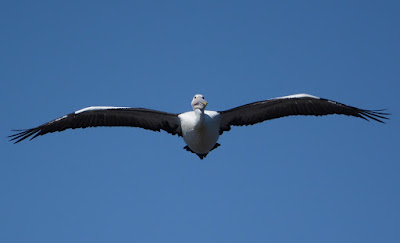 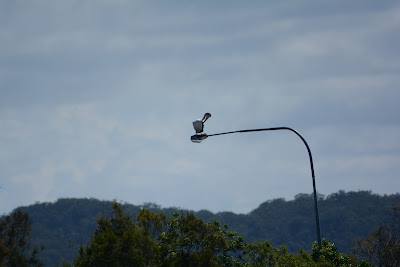 To round it off we had a ridiculously tame/close Great Egret whilst having a drink, their counterparts
are certainly not this approachable in the UK 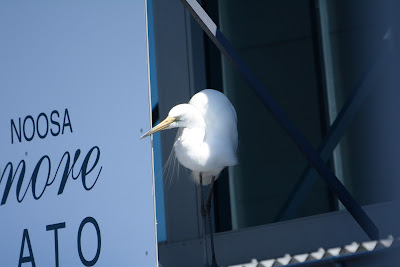 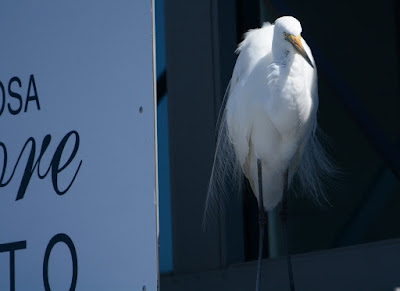 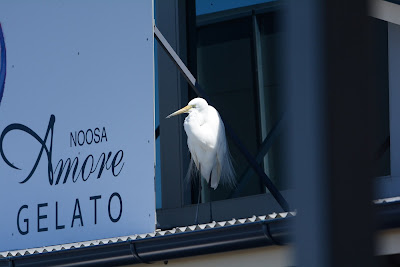