Having seen and felt the previous day’s heat and humidity, we both decided on an early start after spending the night and having breakfast at the Furama Hotel, recommended by the way although prices were high.

The Botanical Gardens I knew was likely to hold good numbers of species having done a bit of research, Evan had also forwarded some info, also being a bit of a Bird of Prey nut I knew there could be some raptors present. Arriving early I thought there would be hardly anyone present, however many people were jogging and exercising including a number of them undertaking group Tai Chi. Great to see and it looked very relaxing ,I would imagine very therapeutic and something we could both enjoy, both of us were transfixed just watching it. 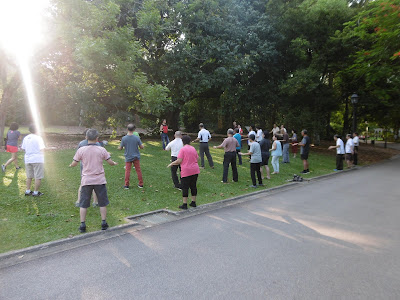 Right from the start I could hear a number of bird calls, of course I didn’t have a clue but quite exciting hearing the range of calls, some I suspect weren’t even birds but possibly animals.

First up as we walked in was a Water Monitor, couldn’t see all of it but it looked around 3 feet long, laying in a water fall very hard to see.

From there we moved on to Swan Lake, there were a number of species overhead and this included 2 Hornbills which flew in, from the book I would say Oriental Pied, really big birds presumably quite common here. 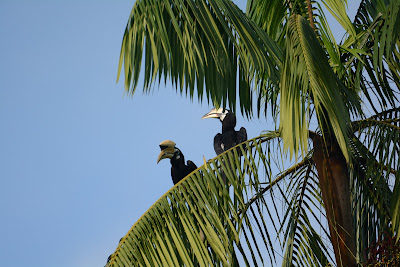 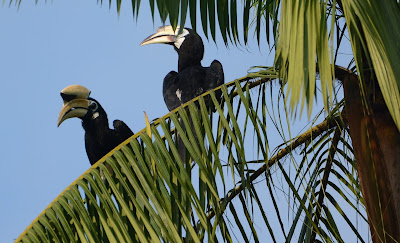 Underneath on an island was a Striated Heron and yet another Water Monitor, however this one was bigger, around 5 feet and actually swam towards us, this was when Christine’s voice pattern changed and went up 5 octives. Impressive looking animal and I would imagine it might associate people with food as they do scavenge, I am told that they grow to 3 metres. 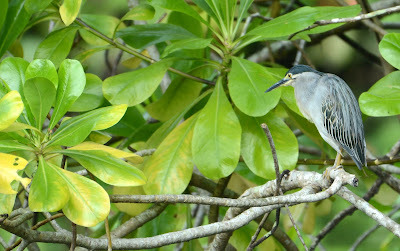 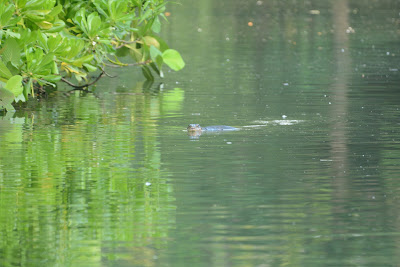 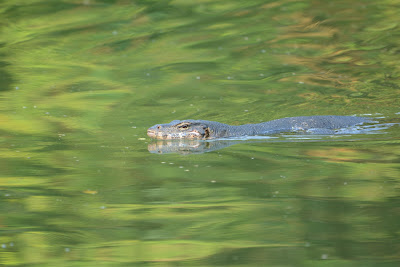 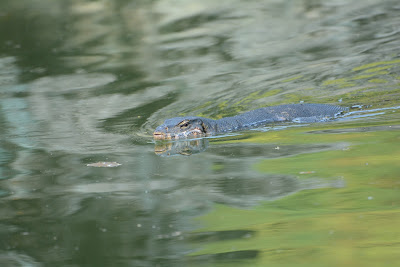 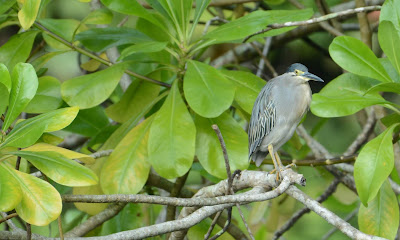 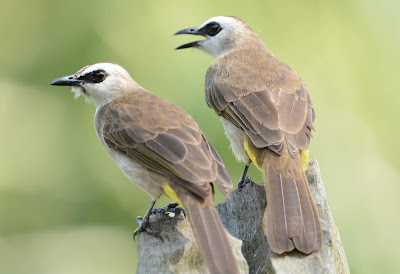 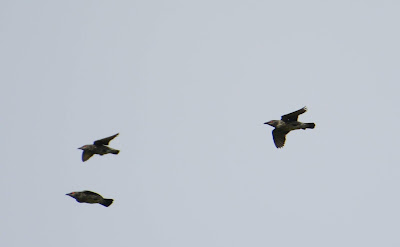 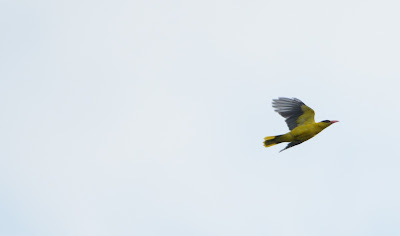 Another bird seen was 7 Red Jungle Fowl, heard the cockerel early on but then he showed with the others, these are wild, from what I understand they are the origin of the chicken.

Eventually we came to Keppel Discovery Wetlands and here we struck gold again, 2 Smooth Coated Otters were fishing, quite a spectacle and judging by the photographers present possibly regular.

Naturally we spent quite a while watching these, it’s not often that you see them in the UK so we took this opportunity with open hands, we stayed there for a couple of hours, the views and activity here was even better than the Gardens by the Bay animals. 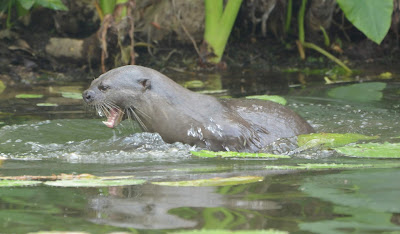 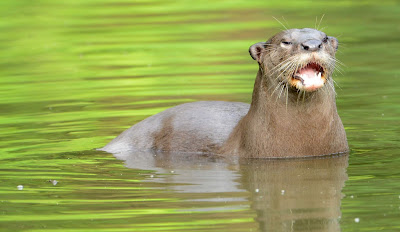 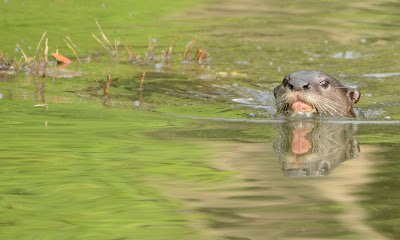 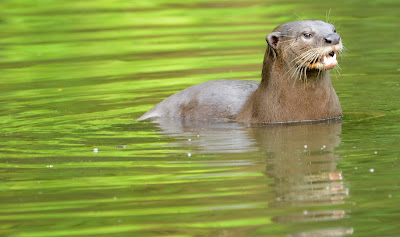 Lots of birds going by, some I had started to recognise as the commoner species but there were many more that gave tantalising glimpses before disappearing, I knew there was so much more to see here, we needed more time. 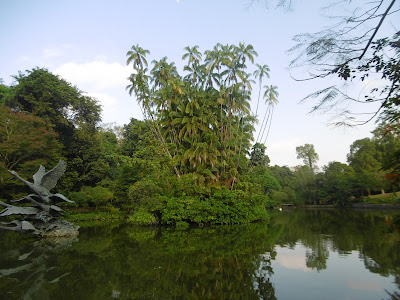 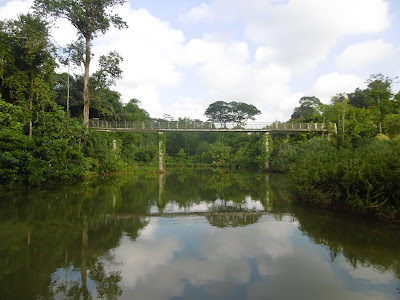 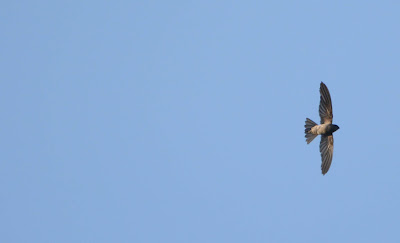 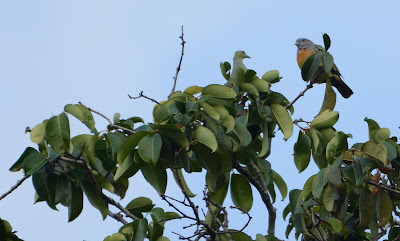 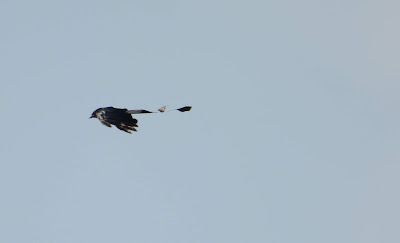 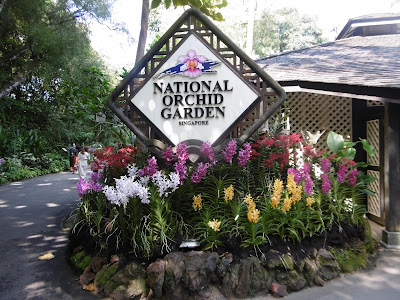 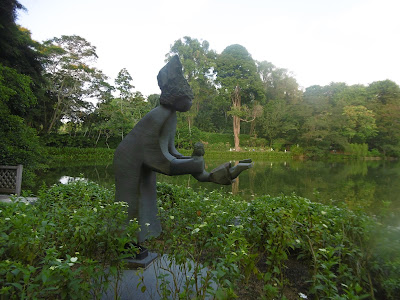 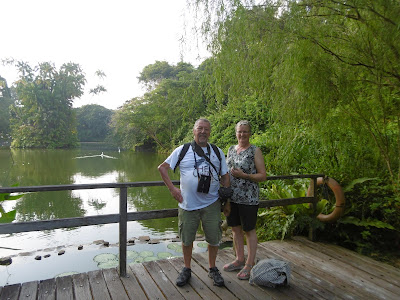 We didn’t cover it all, the heat was there as per the previous day and we were both wilting being English, I could see why everyone was out early a.m

Raptors – I was constantly looking and eventually I got a large raptor come up from the forest, a big white breast identified it as a Brahminy Kite, my 1st one ever so well chuffed.

The 2nd raptor seen was a male Northern Sparrowhawk, not sure if they are common here but good to see, presumably they breed here and are not migrants. 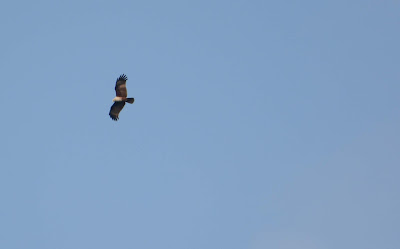 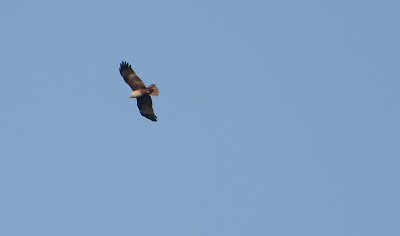 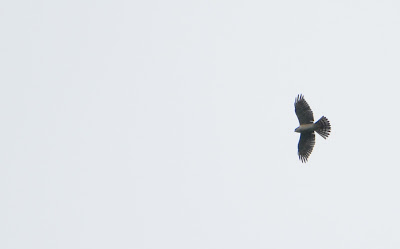 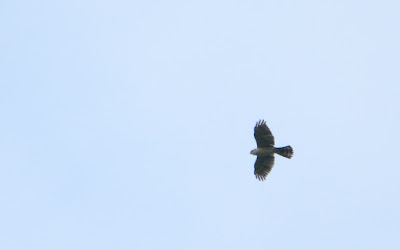 Despite constant sky watching I didn’t pick up any other Raptors, I had also been looking for Peregrines in the City, it looks ideal for them on many of those high risers.

We also came across a monster of a Spider, easily 4 inches across aloft in one of the palms, looking it up later I think it may be a Giant Golden Orb Weaver, as the name suggests it was big. 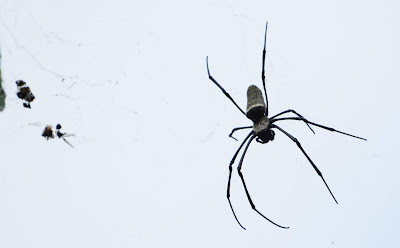 We found the Botanical Gardens absolutely stunning, the landscape, fauna and wildlife was great, I know I missed out on a lot of species but well happy with what I had seen, a great day.
Hopefully I have the ID right on the species above,if not let me know,happy to be corrected.