On Sunday 9th I took a videographer up onto the Power Station to hopefully record the Peregrines again in action, as before with the previous filming I was hoping all would go to plan. It was a tester for hopefully more coverage of the Peregrines in the future.
They must have seen the cameras as all 3 soon appeared with the juvenile announcing vocally to whoever was listening that he was very hungry, he initially followed the Falcon everywhere, the signs looked good for hunting.

I monitor a good few pairs in London and the Power Station peregrines are one of the most reliable pairs to be found, I cannot remember when I last visited and did not see the pair or one of them.I think much of this comes from having a food source inside the Power Station - Feral Pigeon, they simply do not have to utilise there territory looking for prey further afield.Of course Feral Pigeons will dry up when they put the roof on, but I can't see hunting methods changing, they will still hunt from the chimneys and just widen the search for prey. 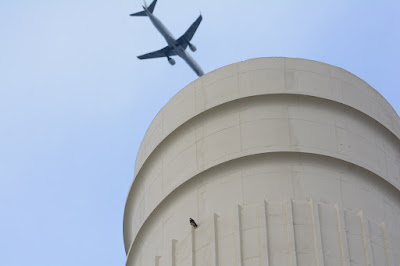 It was quite evident early on however that the Falcon was not in the mood to go after prey despite the harassing attentions of the juvenile male, rest position on the Crane was not high enough to hunt, eventually after 30 minutes she retired to the Tower and there she stayed. Looking at her later on the CCTV showed a half full crop so it looks like she had fed nocturnally.

However the Tiercel was still present and began to hunt pigeons inside the Power Station along with the juvenile, the advantage is always going to be with the pigeon in this case as they are far more manoeuvrable and agile in the tight spaces. 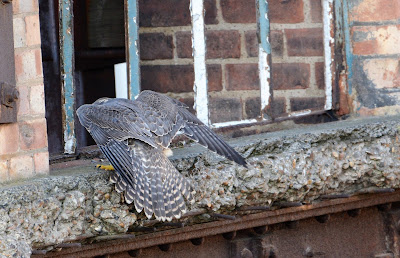 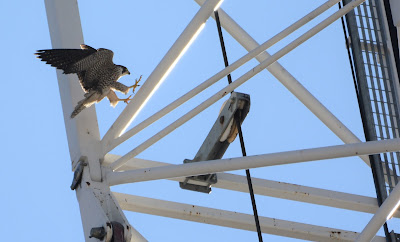 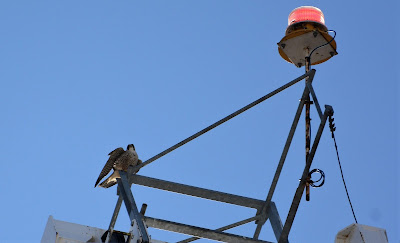 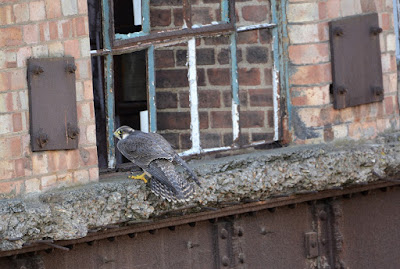 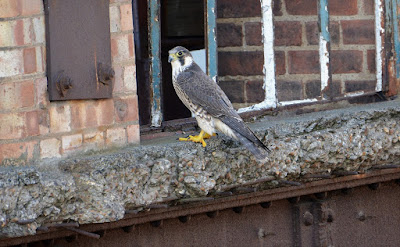 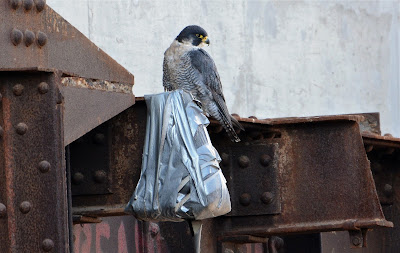 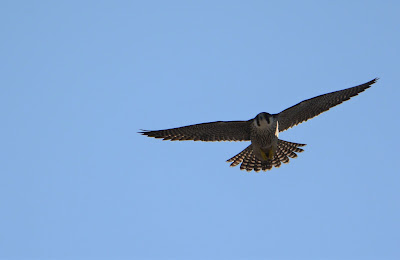 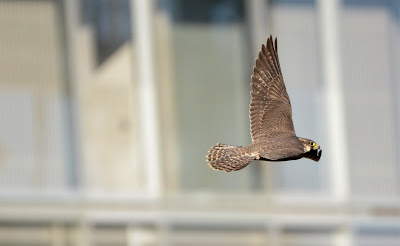 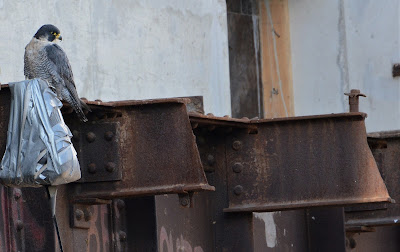 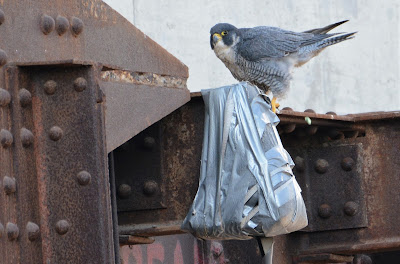 However both peregrines did not give up and gave some cracking footage to Yuzuru the film man, only a couple of hunts from the chimneys by the Tiercel during the course of the morning but these were half hearted and he gave up quickly.

We did not get the out and out spectacular hunt after hunt from the chimneys that I often record on my visits, but they gave a good account of themselves often coming very close.

A good morning with the family putting on yet another good show.
In regards to the juvenile, it looks like we might have yet another long stayer, it always seems as if the long stayers are males and seem to be tolerated more possibly than the bigger females.