I have for quite a while been planning to visit this Reserve ,mostly spurred on by the Raptor reports, on a whim the night before I decided it’s about time. Having read the reports on the site I know it is a work in motion and ongoing.

Of course I had looked at the projected forecast and seeing wall to wall sunshine sealed it, I headed down from Hornchurch and 55 minutes later arrived just as the sun came up.

Not unexpectedly it is out in the middle of nowhere, a long track eventually leads to a car park, from there it is up on the sea wall for a walk along the Estuary.

However before I undertook the walk I checked the fields, 3 Kestrels were already in the air and it wasn’t long before I saw my first Hen Harrier, a Ring Tail, stunning birds as always. 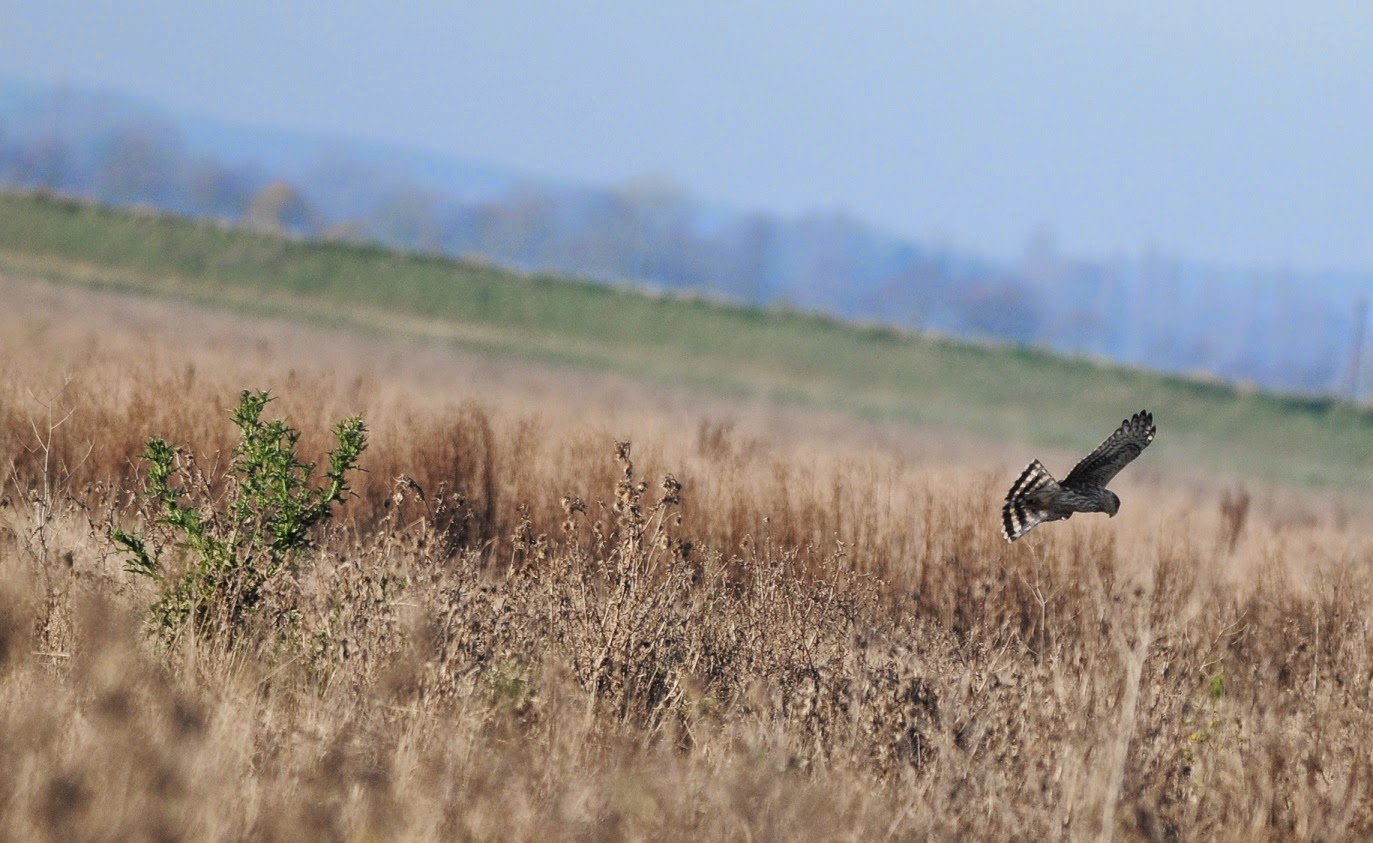 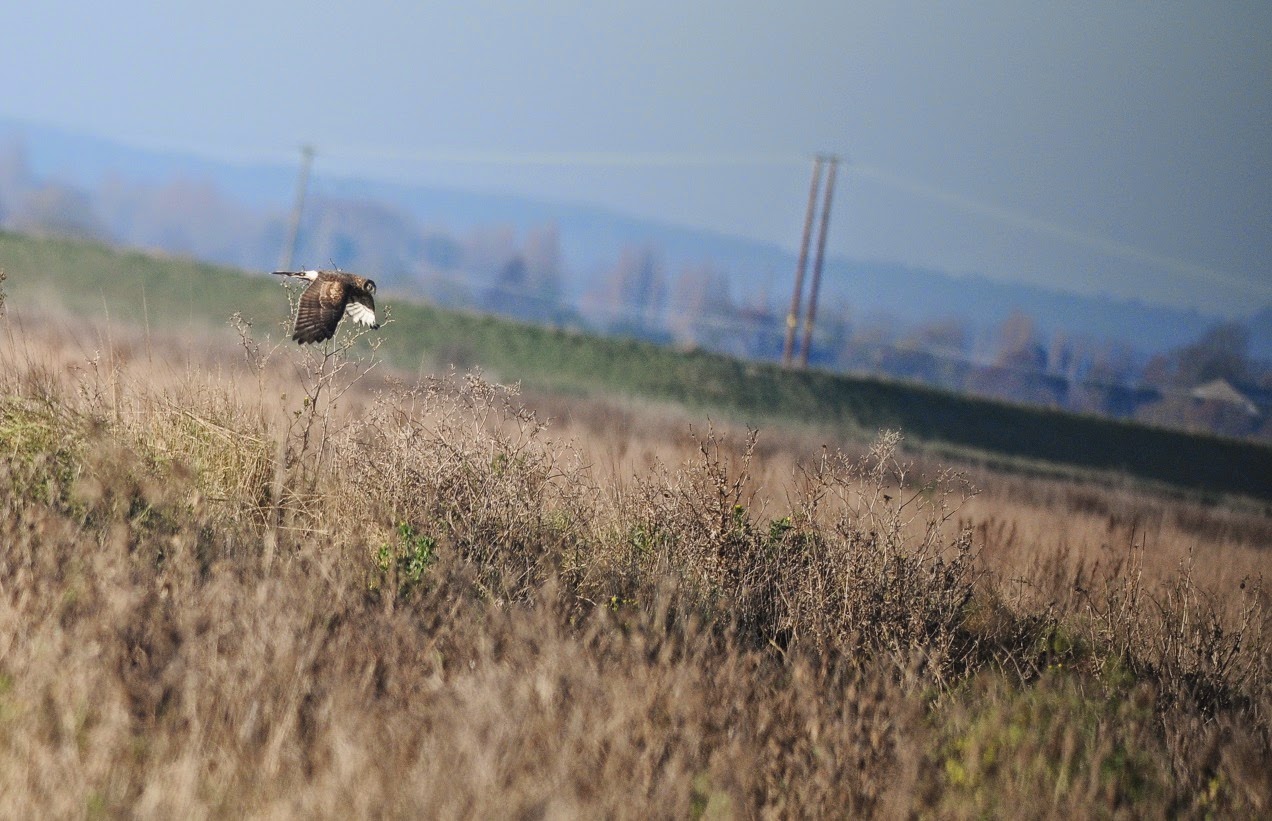 I eventually headed out along the Crouch; the usual commoner waders were present with many distant flocks of Dark Bellied Brent Geese seen on fields.

This being my first visit and having chatted to a local earlier, I understand as yet you cannot do a round robin walk like Old Hall, I may be wrong on this, anyone out there knows different please correct me.

After a mile or so I retraced my steps but on the way had had some ‘good’ birds.

3 Ring Tail Hen Harriers interacting aloft together – distant but quite a sight.

A Ring Tail Hen Harrier, presumably one of the 3 seen earlier skirmishing briefly with a Short Eared Owl.

A female Merlin singling out a Starling from a flock giving chase, I did not see the outcome.

I have also never seen so many Corn Buntings together, I would suspect numbers and flocks seen are up in the 200 + mark.
Arriving back at the car park I watched a dot of a Marsh Harrier and then got on to a single Hen Harrier hunting, at times very acrobatic and Owl like in its strategy. 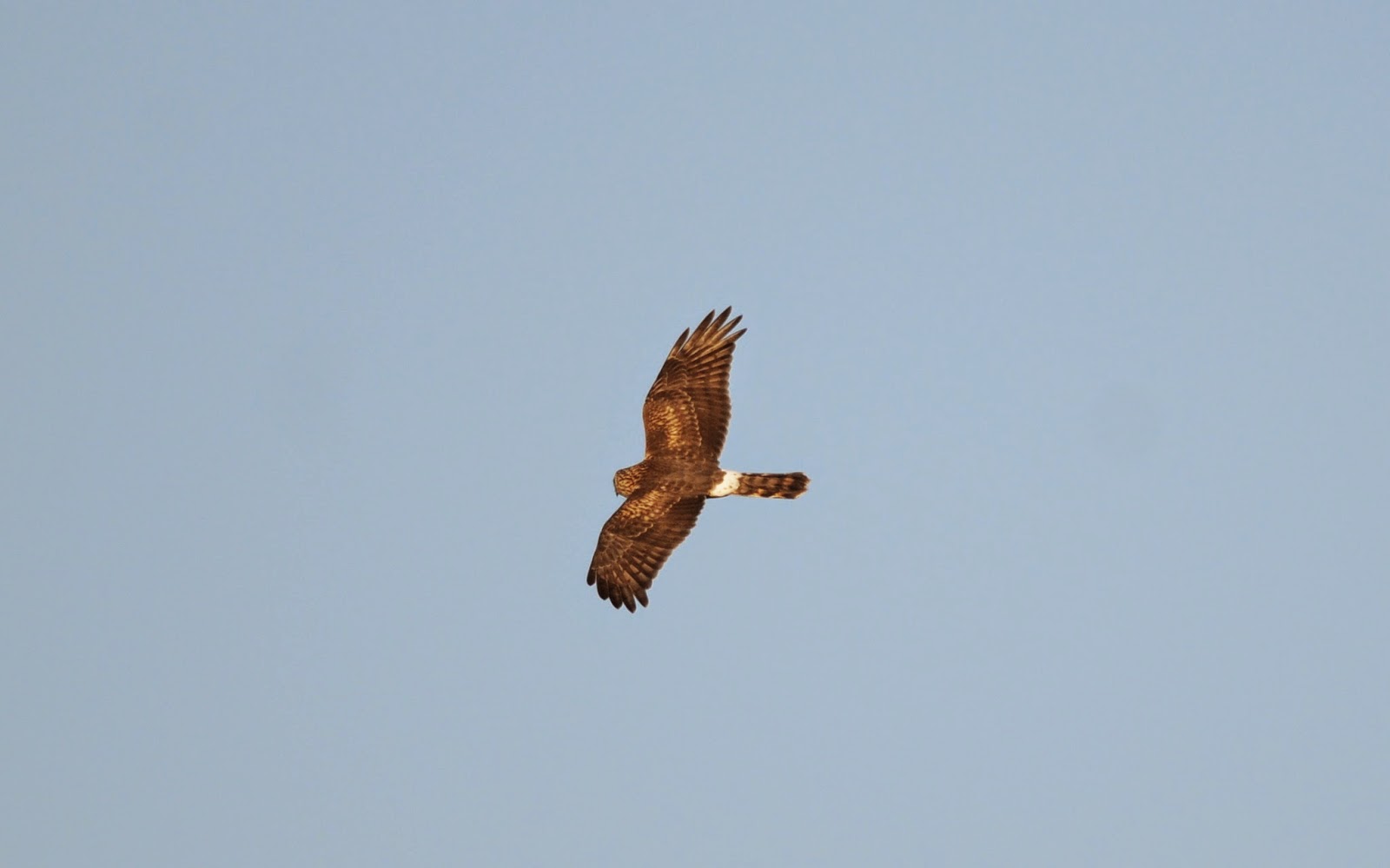 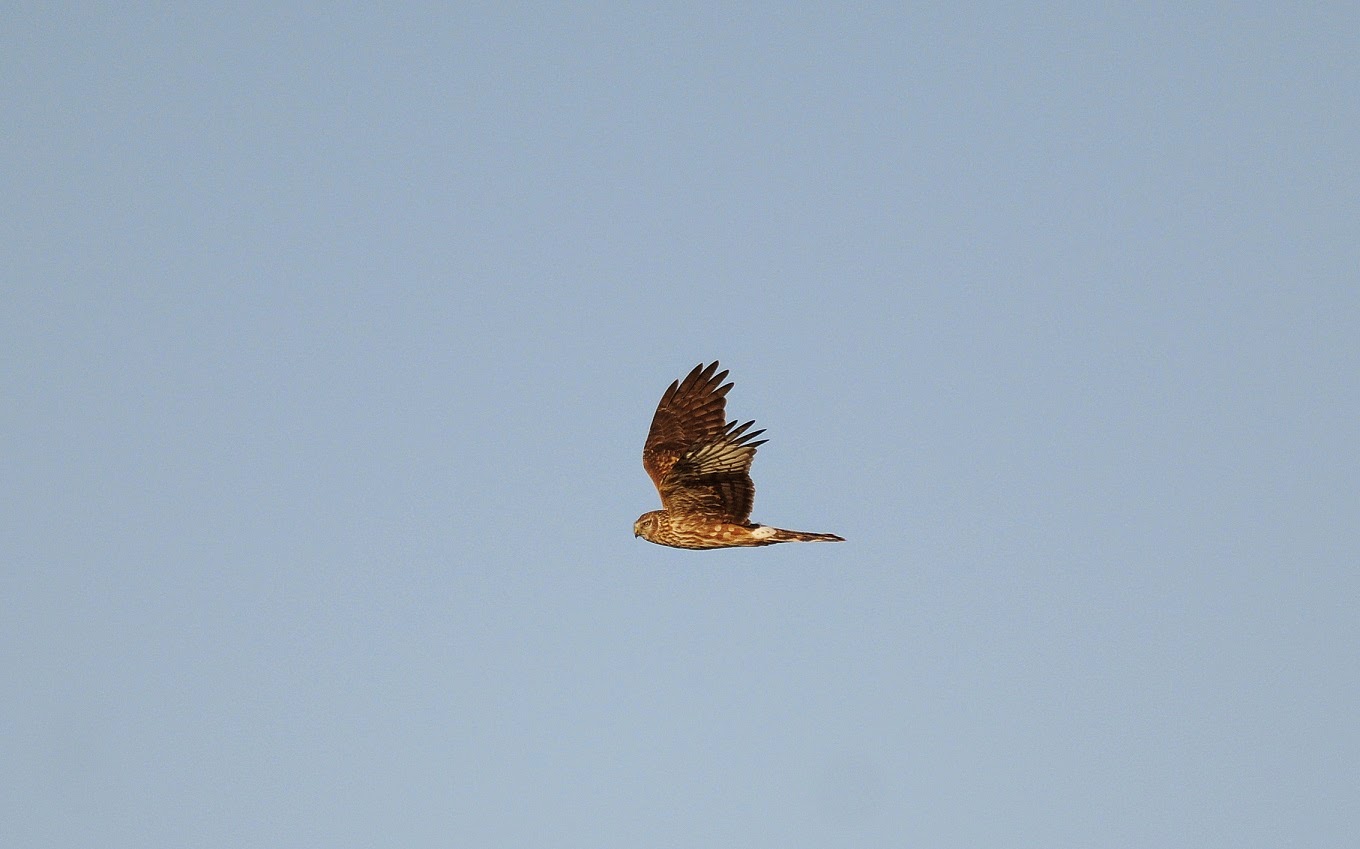 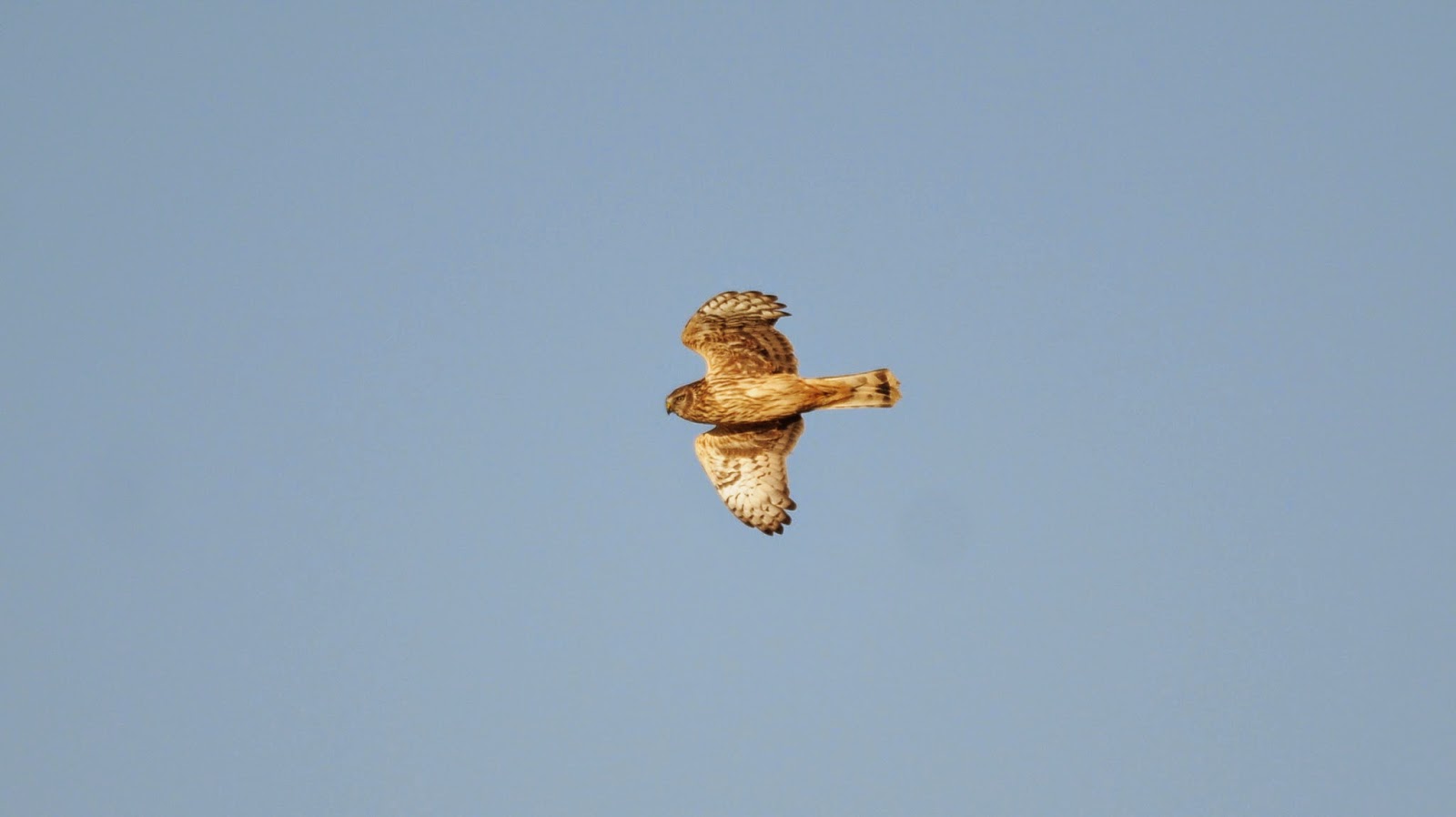 A good site and I can see myself visiting more often.