It is quiet at the moment locally so I headed down Southend way for some waders, the whole area never disappoints with a number of Estuary sites to pick from.
As it was I decided on Thorpe Bay on a rising tide, when I arrived at 10ish the tide was still well out (high tide around 1.45pm) so I walked out on the mudflats mingling with the bait diggers. 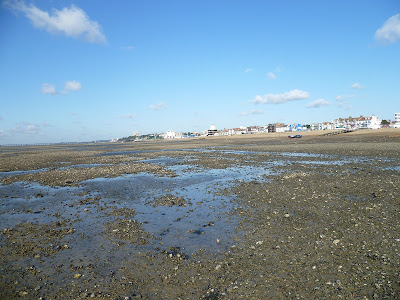 I have never done this before and I must admit it was very enjoyable and scenic just standing in one position next to a beached boat with the camera, the birds virtually ignore you. Obviously with a rising tide you have to be a bit careful and give yourself plenty of time, I kept a wary eye on the worm hunters, when they retreated so did I.
I managed to get a few half decent photos and I could see good numbers of Oystercatchers and Sanderling moving in with the tide as I approached the beach, many of the Oystercatchers were already making for the roost at Canvey. 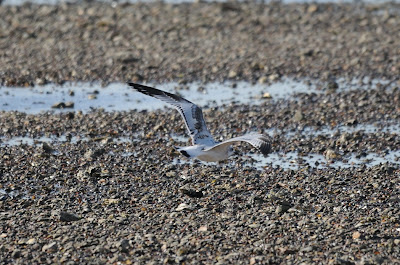 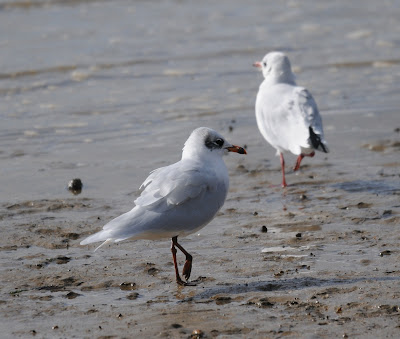 Over the next hour or so on the beach I recorded around 250 Sanderling, good numbers of Ringed Plover and Turnstone and around 7 Mediterranean Gulls, 2 1st winters and 5 adults. I suspect these are Pier birds as I watched a few of them head out that way probably to roost. Interestingly none were ringed.
A massive increase in Sanderling (every photographers favourite) since my last visit of August 27th, they are a pleasure to watch as they frantically feed, you don’t even have to follow them, just sit down in one spot and at one time or another they will come pretty close to you. The tide and people walking the beach are constantly keeping them moving. 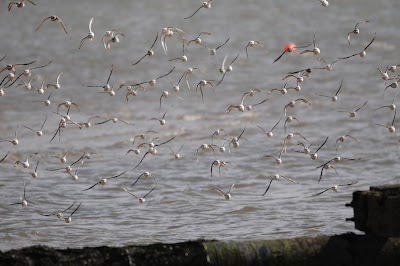 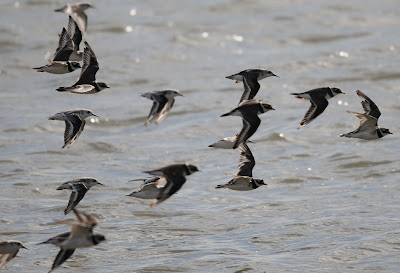 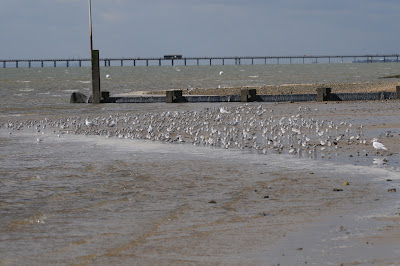 Other birds seen included a single Common Tern, many Swallow heading south and at least a dozen Meadow Pipits feeding up out on the mud flats. A good visit, the lens worked a treat, but I have now got my eye on a 300mm F2.8, just got to get it past the wife.