Out surveying on Monday, what a welcome to see sunshine after the horrendous weather we have been having of late, it was obvious the birds agreed as well with a massive Swallow movement noted. I gave up trying to count them after about 500 birds; it started at about 6.30am with a trickle and then became a deluge in 10’s and 20’s from 7.00am onwards. They were still coming through at 11.00am although not in the numbers seen earlier. Mixed In with them were a few Swifts and Martins, in particular numbers of Sand Martins seem to be low this year. 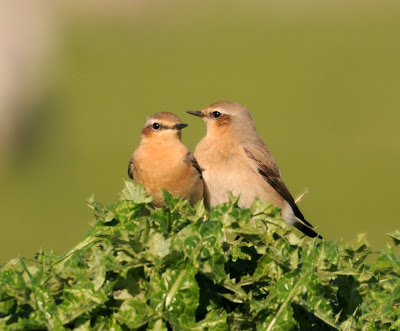 I also recorded 17 Wheatears, this included a single feeding flock of 12 birds by far the largest flock I have had of them, quite a sight as they are a cracking bird, no other migrant seems to signify the spring more so than a Wheatear.

Other birds seen were 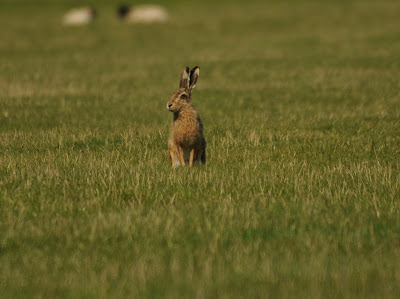 A very enjoyable survey, off to Spain in the morning, hopefully raptors at Gibraltar and possibly the Coto Donana if not too far, hopefully the weather, apart from Monday will be better.