Since arriving back on Sunday I have mainly been busy with Peregrines but also fitted in some birding.
I popped over the Sewage Works at Barking with an idea to record the Gull colony early and count the incubating birds; it is easier at this stage.
It is impossible to get a 100% accurate count as at least 15/20% is hidden from view, consequently all counts will be undercounts, none the less it is still a very large colony and possibly London’s largest?

A figure of 85 incubating Lesser Black Backed Gulls was arrived at with 43 Herring Gulls mingled in with them, also of interest was an adult Great Black Backed Gull standing on the jetty as well. As per last year a pair were present but I could not prove breeding, hopefully if they do breed this year the nest will be visible.

A flying visit added Lesser Whitethroat, Sedge Warbler and Blackcap to the patchlist bringing the total to 95.
I also came across another Mediterranean Gull (cheers Paul) a 1st summer bird going into moult, rather straggly looking, this makes my 2nd for the year after the adult seen early winter. 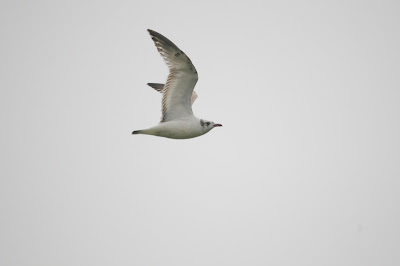 Caught up with a Red Kite going west towards London on Friday, only the 2nd ever for the garden list, managed to fire off a few shots through the window, no wing tags that I could see. 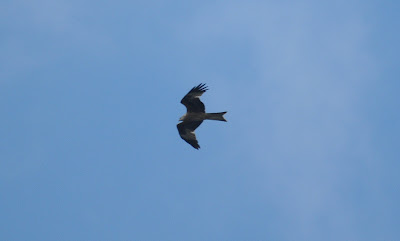 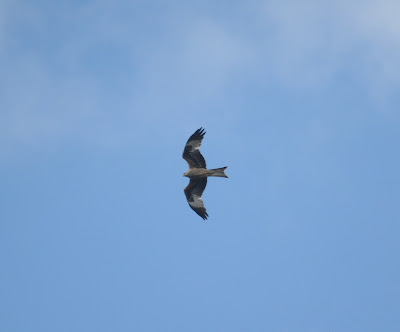 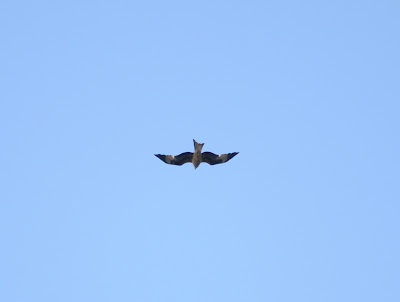