So far this year thanks to the benefits of CCTV I have been recording prey taken at Battersea Power Station by the Peregrines in 2021.I am extremely lucky to be able to do this and it gives an incredible insight into this unique raptors world, both diurnally and nocturnally.

To date they have taken 18 species, a vast majority taken by the Falcon were also taken at night when some of the weaker flying species are moving around, or migrating overhead. I would also suspect that there is no doubt more in terms of numbers/species, not everything is going to be taken and recorded on camera.

The 18th species taken was a Little Owl, which the Falcon came in with on Monday October 11th at 1.12a.m. 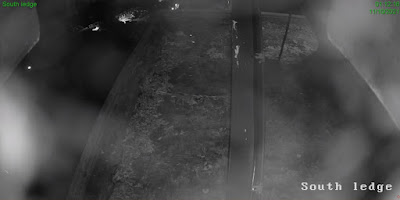 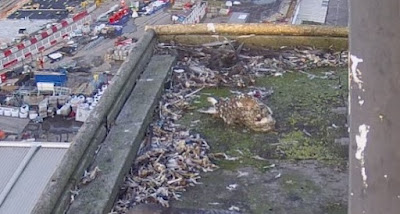 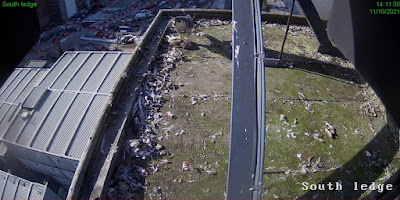 Predator on predator, I would suspect this was a bird moving through, or dispersal from one of the large London Parks, they will move around like other migratory birds.
To my knowledge they are not present in Battersea Park next door either, but could easily be wrong on this as they are mainly nocturnal.

Of course it is unfortunate for the Little Owl but that is nature, everything has to feed.