I opted for a Saturday visit to the Power Station and although a little nippy, it was simply a stunning sunrise coming up over the City as I gained the roof, definitely worth negotiating all the stairs even without seeing the Peregrines. 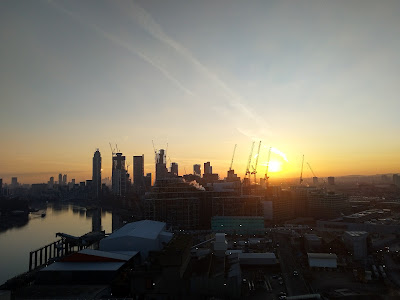 Prior to going up there, I had marked the Falcon on the north east chimney catching the early rays facing the Thames and the Tiercel was on the Tower calling agitatedly. This is usually reserved for another peregrine or another large bird of prey; however I couldn't see anything with the Tiercel continuing to call.
However after scanning round, I was very surprised to come across another peregrine sitting on one of the Phase 3 Cranes which was no doubt the source of the resident Tiercels agitation, he was still in situ and going off no end.

A little surprised as he would normally attack an intruder on sight defending territory, so odd and out of character behaviour regarding an intruder, especially at this time of year.

After a while the Falcon flew and no doubt seeing the intruder, made a bee line straight for it, as she closed it flew and was quite clearly another Tiercel going by size as she caught up with it. There was not the level of aggression I expected in seeing another peregrine off and she shortly later returned and landed again on the north east chimney. The intruder was lost to view and I thought that was it, very mystified as to the resident Tiercels/Falcons behaviour, another adult Tiercel openly challenging his territory and no response from him other than stress calling.

A short while later with the resident Tiercel still calling from the nest tower, this intruding Tiercel again returned and actually hovered like a Kestrel in front of the Falcon before she gave chase. The chase was not full on aggression and it was more like an escorted guidance as they both went west, again after a short while she returned. The resident Tiercel had again not moved and for the rest of my visit, the intruder was not seen again. 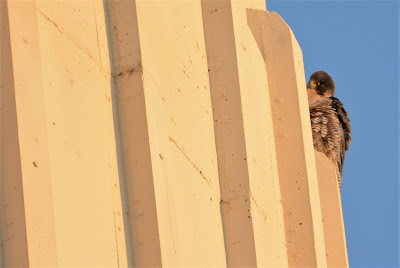 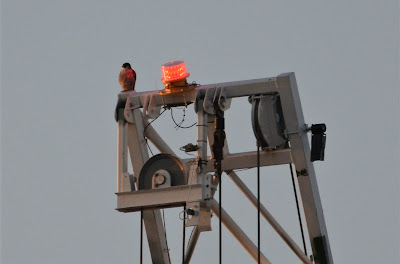 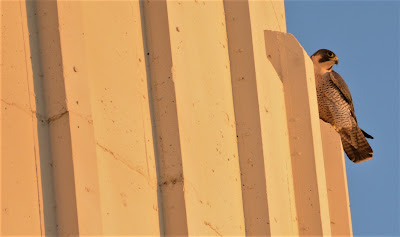 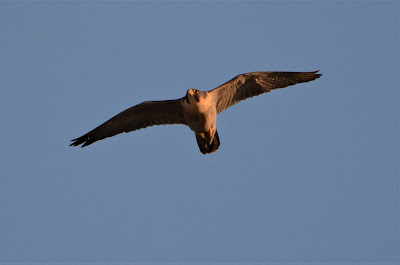 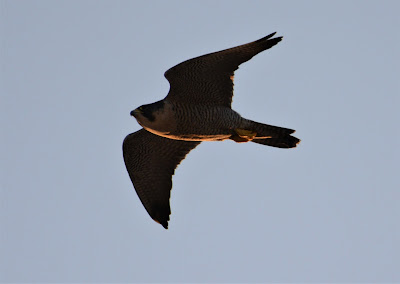 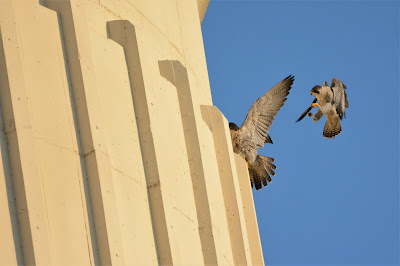 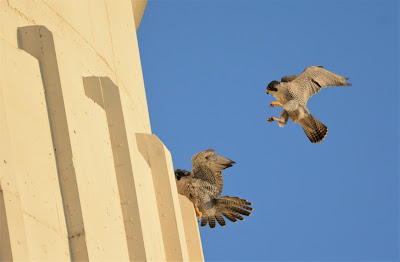 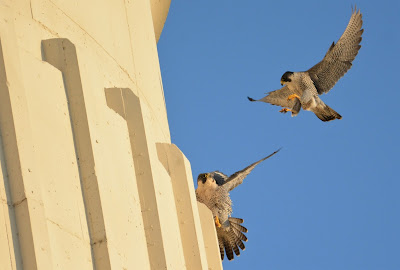 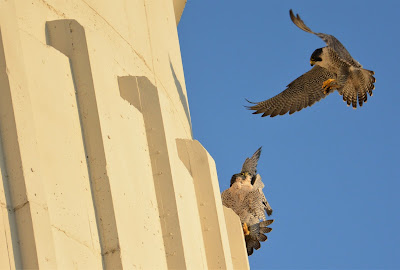 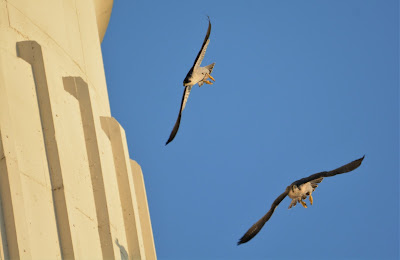 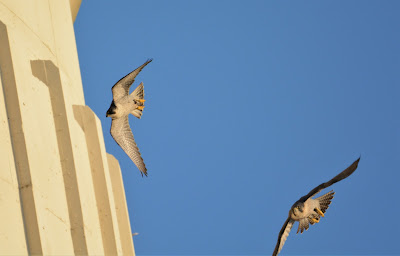 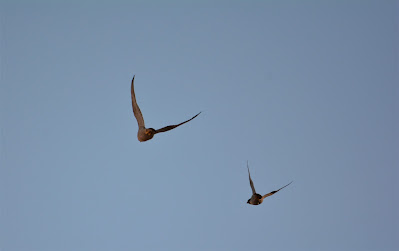 I am pretty sure, based on both resident birds behaviour that this was one of the Falcons previous offspring, now returned as an adult bird and looking for his own territory, it is the right time of year. It would also explain why it was not attacked by our resident Tiercel with gusto, as he had probably based his level of aggression on the Falcons reaction and behaviour towards the intruder. I would suspect that this was not the first time this had happened. Also to be considered is that the resident Tiercel was relatively new, this intruding Tiercel did not come from him.
Stirring stuff in the peregrine saga and it backs up what I have thought for a long time, no matter how old, a mother will always recognize previous young, I have seen this before.

This Falcon has had 19 previous juveniles since 2013 but more likely to be recent ones, possibly the 2018 juvenile, now an adult looking for his own territory.